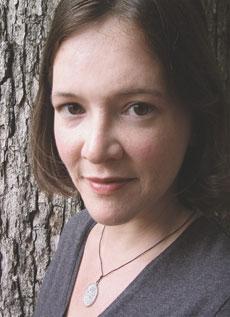 The other day, an item about the Sarah Winchester house made the social media rounds. A few photos, a breezy couple of lines of gawking description; I glanced at it for three seconds and then moved on, while some ad placement agency got its click. It was not a satisfying read. I wouldn’t have even clicked on the bait had I not just finished reading Joni Tevis’ essay about the California mansion in her new essay collection, “The World Is on Fire: Scrap, Treasure, and Songs of Apocalypse” (Milkweed Editions).

In it, Tevis visits the 160-room project, which was initiated by the Winchester gun heiress after a soothsayer told her to never stop building her house, lest she be haunted by the spirits of those killed by Winchester guns. (This being the years after the Civil War, Winchester decided not to take her chances.) Someone on the tour with Tevis asked, “Was she crazy?” and Tevis answers this dismissive question at length by exploring instead what Winchester actually was: a grief-stricken Victorian with a bottomless bank account and an expansive artistic vision. The house is a creative tangent, with interesting revelations down every hall, which is pretty much how Tevis writes, too.

“I went on the tour not knowing what I’d get out of it. I just wanted to be porous and open to experience. There’s so much to see there, and to think about, and afterwards I just wanted to know more, and to understand as best you can someone who lived in another century, and someone who experienced such radical grief while living with unimaginable wealth,” said Tevis. “When I did further research, it was to unpack the history on what I’d seen, and try to understand it, rather than just stare at things, as people tend to do.”

The essay ends up being about so much more than its topic of origin. Tevis explores Victorian mourning rituals, Tiffany windows, Roman mythology and gun technology as she goes off-topic to understand the Winchester house. It’s an engrossing read, and vivid — no pictures are needed. She does the same trick in essays (sort of) about the Nevada Test Site, the Fenton glass factory, the Liberace Museum, the Arctic Wildlife Refuge and the Buddy Holly plane crash site in Iowa and the Surf Ballroom, where he’d played the night before. Tevis says she loves to visit historic sites, and her book feels like a road trip as she meanders through American memory and memorabilia, with off-continent tangents to Cave of the Apocalypse in Patmos, Greece, and into her own memories and experiences. 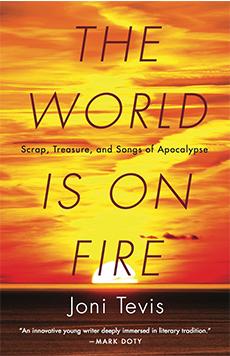 “Sometimes a topic is too big to talk about on its own, like the A-bomb and atomic testing and fallout. That’s why I need to bring in other things, like the Salton Sea and atomic era toys. Hula Hoops and View-Masters are one way to talk about that time and place, because really, there’s no way to talk about it,” says Tevis, a former University of Minnesota fellow and a Minnesota Book Award winner who now lives in North Carolina. “Nuclear fallout? How can you even write about something that will last longer than our language will last to talk about it? How do you warn the people of the future about nuclear waste storage facilities when we’re projecting forward to a future we can’t even begin to imagine, it’s so far away?”

By writing about smaller things, she’s able to approach the bigger topic they surround, and create a portrait of a time and place. Another technique she uses is to build her essays on “secret shapes,” an archetypal model or structure that holds the essay together and moves the reader through it. “Many essays are built on the shape of a journey, and the reader travels through the work with the writer or character. ‘The Lord of the Rings’ and ‘The Odyssey’ are built on the journey shape, and I’ve found it works really nicely for writing about exploring places.”

Another secret shape that Tevis uses is song. While writing “Warp and Weft,” a piece about the South Carolina textile industry crisis, she happened to hear Led Zeppelin’s version of “When the Levee Breaks” on the radio, so, the way her mind works, it only made sense that epic floods and music and the Genesis made their way into her writing. But the song itself got under the surface of her work.

“The writing is built along the lines of that song. It’s the secret shape of it. There’s the bridge section, the weird section in the middle, then it builds to a big finish. I wanted to do that just for fun.”