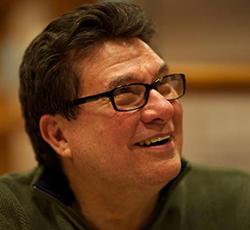 If you’re a fan of “The Help” and the soft, happily-ever-after version of Southern black-white relations that novel tells, Jonathan Odell’s “Miss Hazel and the Rosa Parks League” is probably not for you. The book, a retelling of his first novel, “The View From Delphi” (more on that later) is being compared to “The Help” because they both center on the relationship between bereaved black housekeepers and troubled white families in the pre-Civil Rights era South. Odell’s book, however, doesn’t skim over the brutal violence and psychological oppression that runs throughout his Delphi, Mississippi, setting. It’s a darker story, but beautifully told and quite simply a much better book. The original “Delphi” came out five years before “The Help.”

“A lot of African-American readers hated ‘The Help.’ So much so that I don’t like to hear the two books compared — I told my publisher that would scare away my black audiences,” said Odell. “ ‘The Help’ and other popular books that have a black narrative line make some readers feel angry or shameful, because they present black characters as victims, or as saved by white people. My book is more uplifting because it doesn’t rewrite history and it shows black people who saved themselves. It shows how black and white people were co-creators of our shared American culture.”

It also tells a deeply discomfiting family story that is Odell’s own. The loopy, gin-swigging, tormented white mother in the book is based on his own mother, and nearly every character in the book is based on someone he knew growing up — “We say ‘coming up’ in the South,” says Odell, who moved to Minnesota in 1980. (He’s thoroughly ours now: His second book, “The Healing,” was nominated for a Minnesota Book Award in 2013.) He originally moved up here for business, which he excelled at, and loathed.

Two weeks ago Odell shared a bit about his past in a Publisher’s Weekly piece called “Never Get Good at What You Hate: Advice for Graduates,” which explains his path to publishing, which began with two decades in the business world, during which he amassed a big house, pile of money, a partner and a desire to kill himself.

“I was very, very good at what I did, in part because I was bad at those things in the beginning, and I challenged myself to master them. I was a stutterer, so I sold books door-to door to cure that. I was afraid of public speaking, so I became a professional speaker. Everything I was scared of, I mastered, but I still hated it. My daddy said, ‘If you can find a job you hate only 95% of the time, that’s a damn good job.’ That’s the mentality I was raised with, and I felt like I had to stick with it,” he says. “But then a big financial services company hired me for a godawful amount of money to come in and do an assessment of their employees, find out how to improve their morale. I spent months interviewing 600 employees and immediately afterwards, they fired those 600 people, which they’d been planning to do all along. They just used me as a diversion to make them think everything was OK.” 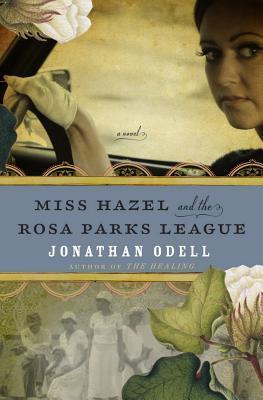 That was the last straw. Odell, who was 45 and had never written a thing in his life, decided that what he really wanted to do was quit his job and become a writer. So he did — and he split up with his partner, sold the big house and separated himself from his social network. Then he got a two-bedroom apartment, took some Loft classes — go on and read his piece and see if you don’t want to quit your job too.

Odell only wishes he’d done it all sooner. “The View From Delphi” came out in 2004, eight years after Odell quit his job. The book did well, but the publisher, MacAdam Cage, went bankrupt and the book rights reverted back to Odell. In an almost unheard-of second chance, Odell’s agent resold the book, angry that “The Help” was a best seller while “Delphi” never got a chance.

“That just doesn’t happen! Usually authors are stuck with their first book, even as their skills improve,” said Odell. “I got the chance to go back and make it better. I tell the story differently; with ‘The Healing,’ I learned how to play with time, and could better integrate characters earlier in the story, and help them share the page. This was the book that saved my soul. It’s such a gift to be able and go back and rewrite it and now see it find new audiences.”

Odell gets a second chance to tell ‘Miss Hazel’ story