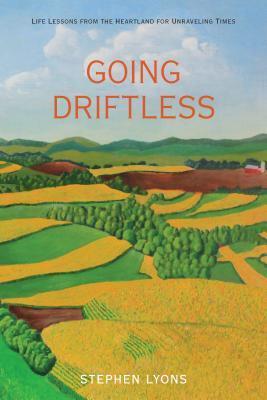 It’s been said that the hippies of the 1960s sold out and became investment bankers, energy traders and lobbyists, ditching their ideals and wrecking everything for the generations that followed. Maybe some did, but not all of them. Some gave in to the cosmic pull of the Driftless area. This region, which includes southeastern Minnesota, southwestern Wisconsin, northeastern Iowa and northwestern Illinois, wasn’t scraped flat by glaciers like most of the Midwest. This unique geography not only cuts the Driftless off from the rest of the region — some deeply ridged areas are nearly mountainous, and hard to reach — it has created a nation within a nation.

“I started nosing around the region after I moved to the Midwest 15 years ago, and I realized that there was something really special about this area. It was very nearly a self-sufficient, fully contained, culturally unique community spanning four states. People who live in Minnesota or Iowa, for instance, are usually quick to identify themselves as being from that state — there’s a real pride in that identity. But people from the Driftless say they are from the Driftless first, not what state they’re from. It’s like a world unto itself,” says Stephen J. Lyons, author of “Going Driftless” (Globe Pequot). Lyons lives in Monticello, Illinois, and writes for The Sun, Salon, the Chicago Tribune and other publications. He is the author of three books, including “The 1,000 Year Flood.”

The book isn’t a travel guide to the region, but rather a portrait of the people and enterprises that make it such a separate world. A fair part of that independence comes from food self-sufficiency. The hilly terrain makes the Driftless unfeasible for the large-scale corporate farming that has come to dominate the Midwest. “You just can’t get the huge equipment into many of those areas,” says Lyons. So instead, small organic, CSA and Amish farms flourish here, as does the Organic Valley milk cooperative. Unique soil conditions and a tradition of organic farming have made the Driftless a “foodie” region and helps it escape the economic and environmental toll industrialized agriculture has taken on the surrounding areas.

“The back-to-the-land movement of the 1970s wasn’t successful for everyone, and that first generation of farmers suffered through a lot of trial and error. The book, ‘Back From the Land,’ by Eleanor Agnew, discusses the hardships those people went through, and I quote from it throughout my book. But this second generation of farmers? Their timing is just better and they are really thriving. Organic produce is hot and therefore more profitable; social media is helping people market their products better; there’s a great deal of professionalism even while people hang onto their ideals, and there’s more acceptance for people who find a way to live outside of the usual structures. You’re supported by the community, not looked at askance.”

Lyons says food produced in the Driftless region has a unique flavor profile, or terroir, that is prized by chefs. (At a cheese-tasting event, he heard it described as almost a pineapple flavor.) Soil conditions are perfect for growing the Honeycrisp apple, which also grows really well at the higher elevations, he says. In his book, he meets farmers who supply the Oneota and Viroqua food co-ops, visits with the executives at Organic Valley (Wisconsin), learns how the Seed Savers Exchange (Iowa) is preserving the flavors of the past, sees how Prairie Moon Nursery (Minnesota) is helping to restore the lost landscape of the Midwest, and profiles numerous farmers who mix modern knowledge and traditional farming methods.

Not everyone in the Driftless is a farmer, though. Lyons doesn’t breeze past the sheer, back-breaking labor many Driftless residents take on, and he recounts his own experiences as a failed dairy hand in the 1970s; after a few months of milking cows in the early morning hours, he crossed that ideal off his list. He admires the farmers, but relates a little better to the entrepreneurs, botanists, artists and birders he meets in the region, and to the novelist David Rhodes (his books “Driftless” and “Jewelweed” are out on Milkweed Editions). He visits a Zen monastery and several “intentional communities,” which take the notion of community to an extreme, yet illustrate the potential ways people work together to keep the region a viable place to live.

“So many small towns across the country are just dying on the vine, but most of the small towns in the Driftless are doing really well. There’s a real sense of old-fashioned community and entrepreneurship. There are very few corporate businesses, so there’s an ownership of the local institutions and creative enterprises, such as Ed’s No Name Bar [in Winona]. Some of the bigger towns, like Winona, are sustaining by attracting retiring baby boomers, but the smaller towns have people of all ages. They share a common bond of wanting to be in this beautiful place and pursue their dreams of a life outside of the norm,” says Lyon.

“Writing this book gave me hope, made me more optimistic about humanity, as I met all these amazing people. There are great lessons to learn that counter the prevailing notion that we live in dangerous, unraveling times. Maybe we just need to be more local.”