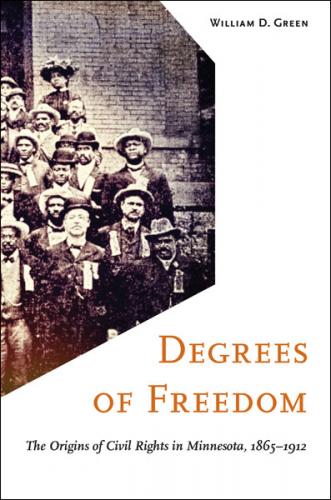 It was easy, from Minnesota, to cheer on South Carolina as the confederate flag came down at state office buildings. When it was suggested that the Twin Cities might want to clean up its own symbolism, as embodied in the lake named for slavery enthusiast John Calhoun, the conversation stalled out pretty quickly — partly because the history of African-American people in Minnesota is not well known.

“Black people have been in Minnesota since before statehood, yet there is very little about them in the history books. As a result, we have this idea that Minnesota never participated in slavery, and life here has always been equitable for black people. Of course, neither of those things is true,” says historian and Augsburg College associate professor William D. Green. “It’s easy to develop a sense of self-satisfaction. We can be proud of elements of our history, but complacency is not on the side of angels. White Minnesotans didn’t have to worry about quality of life issues that black Minnesotans endured. And as long as that history isn’t recognized, it will continue.”

Green’s latest book, “Degrees of Freedom: The Origins of Civil Rights in Minnesota, 1865-1912” (University of Minnesota Press) chronicles conditions for African-Americans in Minnesota in the half-century following the Civil War, when notable black figures such as Frederick Douglass, W.E.B. Du Bois and Booker T. Washington faced discrimination in their visits to the state, while black residents faced restrictions in education, employment and real estate. He details the fight to achieve black suffrage in the state, the rise of Jim Crow laws and the impact of segregation on public education. He also follows notable black intellectuals and entrepreneurs, including black barbers, a class of refined and personable men who worked among the wealthy and powerful, achieving personal prosperity while quietly advancing civil rights.

“Minnesota granted suffrage to blacks by popular vote, and almost never was that done by other states. During the second half of the 19th century, legislators passed three civil rights laws. Although the black population in Minnesota was miniscule during those years, policy led efforts to fulfill a legacy for African-Americans. I wanted to understand that, and my research became this book,” says Green.

The book picks up where his previous one left off: “A Peculiar Imbalance: The Fall and Rise of Racial Equality in Minnesota, 1837-1869” (University of Minnesota), now out in paperback, looks at the Civil War era and the decades leading up to it, when some black people lived in freedom on the frontier of Minnesota, working in the fur trades and mingling with Native Americans, French traders and immigrants drawn to the area. Meanwhile, slave hunters roamed the streets of St. Paul, and military life at Fort Snelling included numerous slaves serving the military in residence as well as visiting officers.

“Even though slavery was very present and tolerated in Minnesota at Fort Snelling, the concept was an abstraction. Minnesota was still the frontier at this point, and the issue of slavery was a low priority, even with people who felt they were friends of black people,” said Green. “It was out of the mainstream, it was an outpost, an outlier — Abraham Lincoln never even came to Minnesota. Yet this state ultimately produced Don Fraser and Hubert Humphrey, and something laid the groundwork for them to operate and their ideas to succeed. I wanted to know what it was about Minnesota that made it relatively tolerant of African-Americans during this time period.” 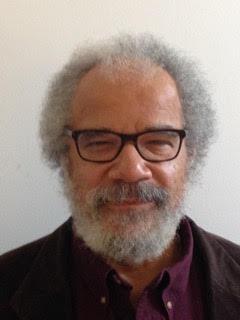 Green says slavery came to Minnesota in part to discourage race mixing with another group of people, the Native Americans, who still made up a large part of the population. “Virtually every French trader had a Native American wife and children, and a large number of the troops at Fort Snelling were involved with Native American women as well. This didn’t sit well with Calhoun, so he initiated a policy that encouraged wives to live at the fort to civilize the corps, and to purchase slaves in order to release wives from the drudgery of housekeeping in frontier conditions. So Calhoun was a patriarch of slavery and succession in the South and he also engineered to bring slavery to the north.”

Green grew up in New Orleans, which he says almost pales in comparison when Minnesota’s colorful history is examined. “Minnesota is otherworldly. I wanted to study abroad, so my parents sent me to Minnesota, and as a student at Gustavus I began to see this place as something entirely unique. The history here is amazing, particularly when you look at who was here before statehood and how they interacted with each other. I found that we were lacking a good accounting of the black people who were part of that history. Most of them didn’t leave a written record, which looks like they had nothing to say, but of course they did. They were part of this experience.”

In “A Peculiar Imbalance,” Green writes about a meal served at Fort Snelling in which a black translator named Stephen Bonga, who worked closely with the Ojibwe, was served alongside important white political and military leaders — by a slave named Dred Scott. What must it have felt like for a slave to serve an important, free black man, and what must Bonga have felt to see a person who looked like himself living life as the property of another person? “Do these two black men relate to each other? It is assumed that because they didn’t write things down that they didn’t think or their ideas didn’t matter. It wasn’t until the Appeal [a newspaper for for black readers] did blacks have a written record. Before that, we can only try to understand that complexity,” said Green.

The ebb and flow of equality throughout Minnesota history fascinates Green, and he’s not through exploring it; his next book will focus on an even earlier time period, although his research becomes more difficult as he goes back in time.

“Race is written between the lines of early Minnesota history, rather than spoken about directly. I combed through letters, manuscripts, memoirs, military documents, government documents, and black people are in those records, but you have to dig deeper to see them. When you are looking at slavery, you see instead the word ‘servant’ — a nicety that actually means slave. And when you understand that, it changes things. It’s like going into a room and finding a door to another room you’ve never looked into before.”

Exploring those rooms excites Green as a historian, and his books are full of stories that bring Minnesota’s wild early days to life. But beyond enjoying history as stories for entertainment’s sake, Green says history gives us a way to talk about current issues.

“That’s why people are learning about Calhoun. But he’s just a pebble. I don’t feel comfortable with Calhoun, but I’m far more uncomfortable with the number of kids who don’t believe they have a life after 18. I’m happy they got rid of the flag in South Carolina, but what about discriminatory realtors? Abusive cops? We can’t stop with the superficial changes, it has to continue until everyone is sharing power. We elected Barack Obama, but we still have a lot of well-intentioned people who voted for him who are not dealing with race and poverty in Minnesota. My books talk about the consequences of going the easy route. History tells us what we can expect if we don’t do the hard work we need to do to get beyond this point, so a child of any color can expect to have a full, good life.”