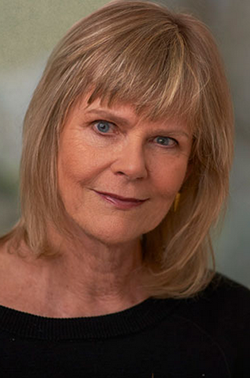 Catherine Madison always wanted to write about her father’s experiences as a doctor and POW in North Korea in the 1950s. She knew “Doc” Boysen had endured starvation, brutality and a continuous show of senseless murder and other horrors during the three long years he endured in captivity, which included a death march led by a maniacal North Korean war major known as the Tiger. She also knew he’d saved the lives of many soldiers. But she only had wisps of information about these years. After his return, he refused to talk much about Korea. His daughter could only guess at what happened over there.

That changed when he died in 2002. Madison was cleaning out his office and discovered an Army manila envelope labeled “The Whole Story!” hidden under a drawer. Inside was a detailed 69-page affidavit he prepared as part of his testimony in the court martial of one of his fellow prisoners of war. On his computer, she also found fragments of a memoir. Suddenly she had the story she’d spent her whole life waiting to hear.

“The War Came Home With Him” (University of Minnesota Press) is half his story, and half hers. His is a gripping tale of the mindless violence of war, countered by camaraderie and medical feats performed under dire circumstances. Her story is a continuation of that trauma, as the doctor came back to his family forever altered. Shortly after his return, he throws his tiny daughter into a wall, and the rest of her childhood is shaped by his volatile and unpredictable temper — as well as his patriotism and desire to shape his children into “good soldiers.”

The book is also a fascinating historical record of teen culture and dating in the 1960s, with moments of humor growing as his hold over her diminishes and she becomes a successful, popular young woman, and even has a few boyfriends — despite having a notoriously terrifying father. Ultimately, the book creates a full picture of why we send people into war and what they bring back home to us.

MinnPost: You’ve worked as a journalist for a long time. [Madison is the former editor in chief of the Utne Reader, and has worked for numerous other national and local publications.] How hard was it to turn your attentions to a different kind of writing?

Catherine Madison: If someone paid me 25 cents to write their grocery list, I’d do that first. It was so hard to make this a priority. I didn’t know if anything would ever come of it, and I didn’t know if I could actually do it. I finally had to consciously decide to work on it a couple hours every day. It was frankly too painful to spend more time on it than that. The process was very emotionally taxing. I have a picture wall with family photos on the wall in my house and I would kind of sneak past it; I felt somehow guilty, like I was shirking my duty. But I kept at it. Then one day, I was walking around the lake, and I realized I was going to finish a draft. 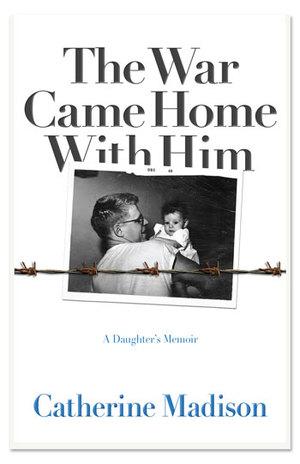 MP: The Korean War doesn’t have much of a presence in our culture or literature. Does your book tell a story that hasn’t been told?

CM: I don’t think that story has been told at all. Korea is sometimes called “the Forgotten War,” and it really has been. Some of the pushback I got when I approached publishers about this book was that ‘no one’s even heard of the Korean War.’ Well, 35,000 Americans died in that war. And it technically isn’t even over; we only have a cease-fire. There aren’t books about it in the popular press. There aren’t movies. Well, there was one, and it actually included part of father’s story in the doctor character. Interestingly, it starred a person named Ronald Reagan. But it was really bad and never saw wide release. My family tried for years to find it. My brother finally saw it on late-night TV one day. But just look at all the Vietnam movies we have, and so many books! Most books about Korea are military histories used mainly for reference. Just facts and stats — nothing about what it was like to be there.

MP: Why haven’t we seen those kind of stories about Korea?

CM: Partly because it was the Cold War. There was a great reluctance to talk about it, and there was such a strong code of silence in the military. And it was very confusing. Even in my father’s own records, I would find him telling the story in three different versions, and they contradicted each other. Boy, do I admire historians. It was quite a challenge to uncover the facts in a number of situations. At a certain point I realized I would not be doing journalistic research as I was used to doing it. I did talk with some other Tiger Survivors, who meet every year for a reunion. I always thought they got together and talked about their shared experiences but they don’t talk about it at all. They talked about their families, work, anything else. I realized that the war was the last thing they wanted to talk about.

MP: Could you have written this book when he was still alive, if you had found the materials earlier?

CM: I don’t think I could have. I don’t think I was brave enough. I needed to go through the whole experience of his death and discovering his papers and understanding his time in Korea and the life he had afterwards. His death made me understand that if I was ever going to make that connection, I was going to have to do the work.

MP: Your book describes a very difficult, complicated and frankly abusive person. How much of this to you attribute to his time in Korea?

CM: It was hard to tease out what was his character and what was the result of his experience. I wish I understood more about his background and why he believed what he believed. I wish I knew how much was the persona and how much was the person. But of course, it’s connected. In “Ordinary Grace,” William Kent Krueger writes about a veteran, and says, “Whatever cracks already existed, the war broke apart. What otherwise would have been contained … came spilling out.”

MP: Your descriptions of his fixation with his children’s food are particularly hard to read. It naturally follows that he’d focus on food after enduring starvation, but I wondered if that also was somewhat in keeping with the parenting style of the times.

CM: Certainly food waste was not as prevalent back then. My mom was from the “Clean Plate Club” era. But he mixed that in with his ideas about being a Good Soldier.

He forced us to eat, and we never had any choice about what or how much we got. To complain would be disloyal. That tied into a lot of things other children of the military would understand. Complaining breaks the code of silence. Refusing isn’t an option. The military doesn’t have the same right to free speech the rest of us enjoy. These people serve their country and they feel very strongly about it but then they become different than the rest us of. Freedom isn’t free. If you grew up a child in the military, you understood that. As far as he was concerned, I was in the military.