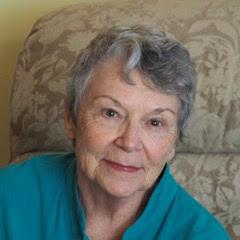 From “Main Street” to Lake Wobegon, small towns have been the backdrop of some of Minnesota’s most popular stories — even though the demographics indicate that in the real world, most people choose to live elsewhere.

“There is a certain kind of coziness in small towns — oh, and by the way, I really hate that word, cozy — but, wrong or right, there’s a true intimacy that comes from living among a small number of people and knowing everyone,” says Faith Sullivan, whose latest novel, “Good Night, Mr. Wodehouse” (Milkweed Editions), is set in the fictional town of Harvester, Minnesota. “Of course, that can backfire, because there are all these kinds of horrors that can come up in life that can become more intimate when they are experienced in the village.”

This is Sullivan’s fifth novel set in Harvester; her bestselling “The Cape Ann” was the first, and she hasn’t been able to leave town since. Over the various books, she’s spied in the windows of an assortment of residents, over many eras of the 20th century. If you think people are worse today than they were a century ago, this isn’t the cozy, small-town drama to validate that notion. “Good Night, Mr. Wodehouse” follows schoolteacher Nell Stillman for six decades, during which Sullivan afflicts her with a variety of horrors, including an abusive spouse, a war-damaged son, a stalker, and a cast of busybody neighbors and relations that exemplify some of the chief nuisances of small-town life. Nell Stillman is an eminently kind and decent person, yet her author doesn’t give her a break.

“Nell lived a long life, and in any long life, we have dark days. It would be unusual to create a character who had a sunny life,” says Sullivan, who at age 80 knows something about what’s she’s talking about. “But when Hilly died and John died, I wept, I mean really wept. My characters are real to me, and part of making them real is giving them the kind of lives, good and bad, that real people live.”

She also gives Nell an antidote: The works of British humorist P.G. Wodehouse, which Nell discovers on a community bookshelf and continually returns to over the years as a balm to her trials. Fortunately for Nell, Wodehouse, who is best known for creating Wooster and Jeeves, wrote 93 books over his life, and they provide her with decades of solace and entertainment. She even sends him a fan letter, and gets a response.

Sullivan believes this bit of fiction is plausible. “He did not correspond with readers as a rule, but he was such a very civil human being, and very aware of people’s feelings, that he did occasionally respond to a letter. I think he would have appreciated Nell’s letter, just as I do when I get one from a reader. In fact, I got one just today. Your heart just expands when you receive a letter, it does.”

She reread Wodehouse as research 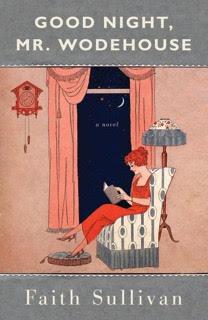 Sullivan considers her book a tribute to Wodehouse. As part of her research, she decided she needed to reread his work, a process that caused a bit of a delay in her own book’s progress. It took her 10 years to finish “Good Night, Mr. Wodehouse.”

“I was also trying to deal with a very long period of time in history, way more time than I’d ever dealt with in a single book. This one ranges from 1900 to 1963, so I had to manage a great many different types of change. But most of the delay came from a real desire to do this one right, because it was an homage to Wodehouse. I wanted to spend time with his books and make sure I was dealing with his role in my book appropriately,” says Sullivan, who picked up a Jeeves and Wooster book 40 years ago, by “pure accident.” “Once I read it, that was that. I went through them all like a bowl of salted peanuts. They were so funny and so very well written. They were a joy and an escape, and I wanted to show that in my book by conveying what those books meant to Nell, how they helped her through her own life. [the author] R. L. Stine has called Wodehouse the Shakespeare of modern comedy, and he never fails to make me laugh.”

In addition to Wodehouse, Sullivan gives Nell Stillman a multigenerational group of friends, some of which readers will recognize from her other Harvester books, who carry her through the tragedies. In Sullivan’s own life, two regular writing groups, which she has been with for 15 and 20 years, provide a similar support structure. Among them are other notable Minnesota authors, including Miriam Karmel, Kate DiCamillo and Lorna Landvik, as well as her husband, Dan Sullivan, a former Star Tribune and Pioneer Press writer. She’ll be leaning on them in the months ahead, as she moves along with her next two books.

“This book is not a culmination. Not by a long shot. I have a couple more Harvest novels in me, and they are both in progress,” says Sullivan. (She writes every morning for four hours, and revises in the afternoons. So much for retirement.) “My grandmother raised me, and she said, ‘I’d rather wear out than rust out.’ That sounds about right to me. Anyhow, I have become too invested in the characters in this little town to stop writing about them; they are like family, and I don’t like to be away from them for too long.”