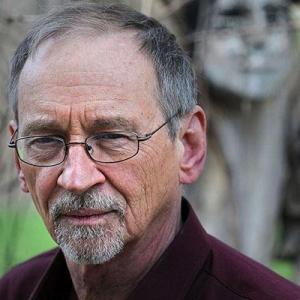 In the 1990s, Chuck Logan’s publishers flew him to book events around the country. Sometimes, he’d get the deluxe treatment and arrive at his readings in a limo. When his thriller “Home Front” got turned into a movie, he met celebrities, attended a Hollywood premiere and got to see Winona Ryder and James Franco play characters he’d created. He did eight books for Harper Collins, co-wrote one with John Sandford … and then the publishing world changed.

“New York told me to get lost. The legacy publishing game completely collapsed, my editors and agents were gone, and I paid a price for not being commercial enough. In other words, I didn’t sell enough books. I’m living the typical death spiral of the mid-list author,” he says, wryly. But it’s OK. He’s actually doing pretty well. For a guy who nearly died several times earlier in life, and who fell into the writing game entirely by happenstance, this is not the end of the world. In fact, Logan sees the untethered writing life as a kind of freedom.

“No one is telling me to write something more commercial, or more serious, or more formula. Now I can write what I want to write.”

Logan’s work draws on his own background as a veteran of the Vietnam War. The aftermath and psychology of war runs through all of his work, and his Phil Broker series of thrillers feature a Vietnam vet turned undercover cop. His latest book, “Fallen Angel,” features an Iraqi war pilot who returns to civilian life, but can’t move on until she sorts out fractured memories of an incident that took the life of a friend — an incident the government wants her to forget. Yeah, this veteran is a woman.

“They told me that wouldn’t sell. But I was thinking about how the military has changed, and looking at modern warfare and the roles women are taking on. I’m interested in how things work in the real world. I’m interested in complicated people. I wanted to write a book with a military flavor, that drew on some of my own observations but also took place in the present world. I wanted to see if I could write a credible female character — not some superhuman ninja warrior, not some kind of male sexual fantasy, but a real person like we actually have fighting these wars,” he said. “There is also lot to be said about the issues we are facing today with rehabilitating wounded veterans. I wanted to write about what happens after the action movie ends.”

That’s the hard part, and the part Logan has spent a long time thinking about — basically, all the years since he came back from Vietnam. He says he was against the war, but enlisted because he was also against someone else going in his place. “Guys who didn’t go sometimes will say to me, ‘Maybe I missed the most exciting thing of my life.’ That’s not what they missed. Everyone who could go did go. I thought I’d be in the 101st like everyone else, but instead, I ended up in Advisors, so I saw a totally different part of the war. And I was lucky with that. Many of the troops were poorly disciplined at night and just shot everything to pieces — I didn’t want to be around that. I saw things that the average troop didn’t, and understood the war from a different angle. The Buddhist monks, the Vietnamese people who worked with the U.S., the fight to preserve the traditional Vietnamese culture in the face of all these foreign influences — that’s the story that hasn’t been told.”

After the Army, Logan developed a serious taste for alcohol. He took a test to become a smoke jumper in Montana, but on his way out west in 1969, stopped to see a friend in Minneapolis. “I ended up staying. I learned that being a veteran could get you unemployment for a year, and that protected my booze supply,” he says. He worked odd jobs and became an underground comic artist, and a friend encouraged him to look at a job at the Pioneer Press.

“I was not what you would call born to newspaper work. My dad was a hoodlum in Chicago. [He was raised by his single mother, who was killed in a car crash when Logan was 11; he was in the car too, and almost died.] I was a factory worker, a paratrooper and a drunk. I had a police record, a combat record. I went to an experimental school for blue-collar “lunch bucket” kids from the wrong side of Detroit. But I was interviewed by a panel of three veterans at the paper and they asked one question: ‘Can you use an airbrush?’ I said yes. Then I went back to the art department and asked, ‘What’s an airbrush?’ ” 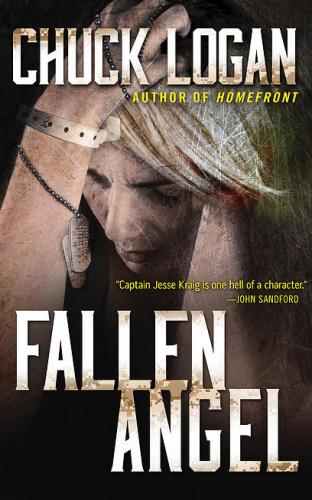 Logan became a staff artist, and he achieved sobriety, which he has maintained with the exception of one ceremonial beverage involving snake blood and alcohol that he consumed during a trip back to Vietnam. “It was clear what my choices were. I could end up working on a dock somewhere and drinking, or maybe going to AA six days a week. Or I could be sober and get to date copy editors, reporters and photographers.” He ended up marrying photographer Jean Pieri.

He didn’t feel entirely cut out for the art department, though, and one day, book critic Mary Ann Grossman let him review a book. “Several people said, ‘Hey, who wrote that for you?’ So I took that as a sign, and Debbie Howell, who was the editor at the time, took me under her wing and taught me the business of writing. It was a really great time to be at the paper: John Camp was there, Buzz Bissinger, Larry Millett. I felt at home with them — we were a much scrappier paper than the Star Tribune. But I was looking for a way to tap-dance my way on to the next thing.”

He said as much to John Camp, a reporter who’d left the paper to become a novelist. “Why don’t you try to write a thriller?” Camp asked. It didn’t seem like a crazy idea; Camp, writing as John Sandford, was having more than a little success at that game. Logan’s first attempt, a gritty Detroit novel someone compared to “licking the bottom of an ashtray” scared off Camp’s agent, but Logan found his own place and his own voice. His smart, richly detailed writing conjures darkness in familiar places — northern Minnesota and Stillwater, where he lives today, provide colorful backdrops in which his characters get in and out of trouble. In a genre that can lean on stereotypes and predictable action, Logan finds his own way. Of course, that’s the problem.

“John [Camp] gets upset with me. He says, ‘Why don’t you just write a best-seller?’ He helped me get into the business and I’m forever grateful, but I don’t exactly fit into the business. I can’t sit in a room and write what someone tells me to write. Ghosts would come out of the woodwork. The wife and kid wouldn’t talk to me anymore.”

“Fallen Angel” was nominated for a Minnesota Book Award this year. Logan has four new book ideas cooking away. He still doesn’t have an agent, and he’s fine with that. “I had a parachute quit on me at 200 feet in Benin,” he says. “I know how to land on my feet.”

Chuck Logan and the death spiral of the mid-list author