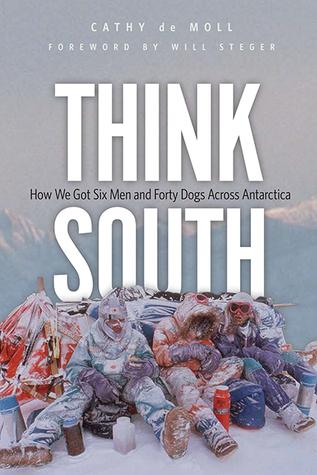 If the International Trans-Antarctica Expedition took place today instead of back in 1989-90, it would look like yet another obnoxious reality TV show. Will Steger would be pitted against Jean-Louis Etienne in a battle of the leaders. The camera would linger on dwindling food supplies, crevasses and storm clouds. Sad music would accompany sled dog deaths. And that voice-over guy with the low, low voice would say, “Who will survive? Tune in next time to find out who will make it across Antarctica.” Amid the vast noise of competing media, it wouldn’t make much of an impression.

In those less distracting days, however, schoolchildren around the world followed the team’s progress via scant 32-character trip reports. People could tune into updates on “The Wide World of Sports.” No one fell into a crevasse or got voted off the continent. The international team of explorers, representing China, Russia, France, Japan, Britain and the U.S., via Minnesotan Steger, made the first crossing of the continent in relative harmony, working together to survive weather extremes, make invaluable scientific measurements and promote a remarkable international treaty that has protected the continent from mining and oil activities and preserved it for science — some of it, anyway. The first 400 miles of the explorers’ route no longer exists; vast portions of Antarctica, including the Larsen A and B Ice Shelves the expedition traversed for a month, have melted into the sea.

In “Think South: How We Got Six Men and Forty Dogs Across Antarctica” (Minnesota Historical Society Press) Cathy de Moll describes the behind-the-scenes maneuvering that made this trip possible amid a backdrop of turbulent weather, even more stormy geopolitics and logistics in a world before instant communications. As the executive director of the trip, de Moll managed one of history’s great outdoor adventures in world that has since vastly changed.

MinnPost: Is it strange to be revisiting the past through this book?

Cathy de Moll: It feels like closure. I have such a different perspective now, and 25 years has helped me realize fully what that trip meant. I know now that these things don’t come along twice in history. So much has changed in the world, it’s really amazing to me to that we pulled it off, in terms of planning, fundraising, execution—given what we had to work with at the time. It’s also hard to look at what we didn’t accomplish. For instance, I started learning Russian, assuming that things would be happening, we’d be working together — but and then, of course, the Soviet Union collapsed. 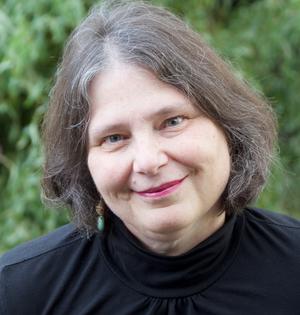 MP: Steger originally came to you for help because you had worked with Garrison Keillor. How did working for a radio host prepare you for organizing a polar expedition?

CdM: It takes a large personality to get onstage and tell a story and also to undertake an expedition. I’m good at working with these kinds of people and helping them realize their dreams. Will had just come back from the North Pole and didn’t know how to deal with attention and still do his work. He was still learning how to be famous. I could help with that. The skills I used are skills I’ve always had — starting in high school when I organized the prom. When something needed to happen, I just figured out a way to make it happen. With that many personalities and that many countries, it did take a lot of diplomacy. I am a problem-solver. There were just a lot of problems to solve with this particular situation. It wasn’t until we were having trouble with the airplanes that I realized someone might be killed. My older self would have worried about that first. My younger self just went forward with instinct and determination.

MP: You say in the beginning that you weren’t sure you liked the business of extreme adventuring. Why?

CdM: I didn’t really understand the motivation. Extreme conditions, sacrifice — what was the point? Once I realized the importance of Antarctica and of the treaty, I was all in.

MP: This isn’t a book about the expedition itself as much as the work it took to make it happen. Could this be useful to other people planning an adventure?

CdM: There are lessons to be learned from it. I think you come away with an understanding the complexity involved, the planning. But things have changed a lot in 25 years. I’m watching Ann Bancroft put together a trip down the Ganges River http://www.yourexpedition.com/2012-2/ adventures. in China, and she’s dealing with some of the same challenges we did. But she also has to sell the experience in this age of instant community, and our attention spans are so fragmented now, and big trips aren’t that unusual anymore.

MP: In addition to the impact the expedition team had on the Treaty, what do you think is the lasting impact of this trip?

CdM: The treaty itself is an amazing example of international cooperation and a model for how we might approach future developments in space. The trip’s contribution to our understanding about climate change, along with the continuing work the individual explorers are doing in that area, is significant. During the trip, [the Chinese explorer] Qin Dahe was digging holes in the snow and taking ice samples, and none of us really appreciated what he was doing. We just saw it as a hassle, transporting all that ice. Now his work is understood to be part of the foundational study of climate change. He has gone on to be extremely influential in science, and he has the respect of his own government, which is especially valuable in getting China to participate in measures to act faster. His work has helped us understand that the melting Antarctic ice is changing ocean currents and changing the climate of the entire planet.

MP: The renewal date for the treaty is coming up [in 2021]. At the end of your book, you say it’s time for another generation to take this on. Are they prepared to do so?

CdM: Will Steger’s foundation Climate Generation has focused on educating and inspiring young people. It’s easy to get discouraged when you see how rapidly Antarctica has changed in such a short time. But there are an awful lot of people working hard to do good. The explorers have devoted their lives to making sure that trip had significance beyond just being a good story.

How’d they pull that off? Cathy de Moll and the unbelievable logistics of arctic exploration