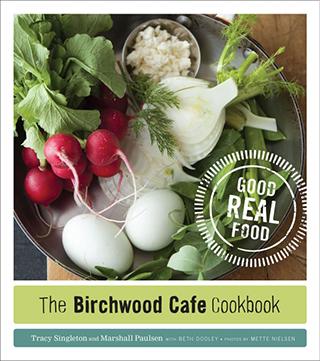 Most days, Tracy Singleton just walks out her front door and down the street to have dinner at the Birchwood Café. Wouldn’t that be nice? Of course, for her it’s the most natural thing in the world, since she owns the restaurant. The dining room is her dining room, the kitchen is her kitchen and the community room is her living room, although she invites the whole community to come in and watch things together on the big TV, which only gets turned on for things like food documentaries, the Tour de France and the Democratic debates.

“People ask me if I’m going to show the Republic debates, too, and I would be all for it in principle, but in reality I wasn’t willing to listen to people say horrible, racist, untrue things about the people who work in my kitchen. My staff is like an extension of my family and I won’t tolerate people abusing them,” said Singleton.

Along with serving really good food, the Birchwood Café is known for nurturing community. Singleton looks out for her employees, customers and the farmers who grow the food that brings them together. “Food is about connections, and we want people to understand how we are connected to the land and each other through what we eat. So we’ve always been involved in advocacy and our restaurant is a hub for a lot of activity that isn’t about going out to eat,” she says. “We want people to apply the same awareness to the way they eat well at home, too.”

A collection of classic Birchwood recipes

That’s why, when you leave the restaurant, you can pick up a copy of “The Birchwood Café Cookbook” (University of Minnesota Press)  — and your CSA box, if you subscribe to one of the eight farms that uses the café as a drop site — and do this good-food thing at home. Singleton opened the Birchwood Café 20 years ago in Minneapolis’ Seward neighborhood, and since the very beginning, she hated to disappoint customers who asked for recipes — the regulars, many of them neighbors, are like family too. So Singleton, chef Marshall Paulsen and Beth Dooley created a collection of classic Birchwood recipes that will satisfy some — but not all — of those requests.

The book is divided into eight, not four seasons: Spring, Summer, Scorch, Autumn, Dusk, Frost, Winter and Thaw. We are now, by the way, in Dusk, a pre-hibernation, post-harvest phase when the Birchwood turns to soups, curries, pies and Thanksgiving flavors. This fine division of seasons reflects the close attention Singleton and Paulsen pay to weather and its impact on the farmers who supply them with ingredients. “Sometimes tomato season starts in June, sometimes it doesn’t get going until August,” she says. “We just respond to what’s happening in the world.” 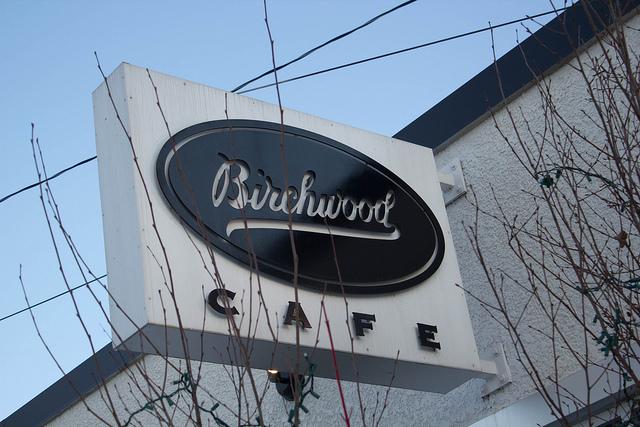 CC/Flickr/Janelle
Along with serving really good food, the Birchwood Café is known for nurturing community.

The book includes profiles of some of those farms and anecdotes from Singleton’s own evolving understanding of food, from her great-grandmother’s homegrown cooking to her mom’s pre-made dinners to low-fat and fast food in college to Lucia Watson’s famous kitchen, where Singleton found inspiration for what became the Birchwood. She took Watson’s mindful use of local ingredients and in her fostering of a friendly workplace and community-centered business to the next level, supporting initiatives that benefit the community and organizations that align with Birchwood values. Two years ago, the community gave back when Singleton realized the Birchwood couldn’t do it all in its existing space, and launched a Kickstarter campaign to fund an expansion. “It was hard to contemplate doing a Kickstarter, but we’d given a lot to the community, and when we asked for help, they responded in such a big way — it was the third-most successful Kickstarter for a restaurant to date.”

Now the newly expanded Birchwood is back to the business of good food and community-building. Nearly every day, the restaurant hosts community gatherings and events that further food awareness, peace initiatives and social justice efforts — and even, in the post-cookbook era, literary efforts. The Birchwood, along with James Norton of the Heavy Table blog, are hosting a fiction contest and the restaurant recently donated profits to the Alter/Narratives Project, an online platform for sharing the stories of people who are absent or marginalized in traditional media.

“We want to reflect and expand upon the conversations people are having over dinner in the café or at home or in society today. Food connects and unites us, and sharing food is an experience that is so much more than just sustenance, and we read and talk and think about things when we eat, so it all makes sense in my head. We’re very happy to not just feed people.”