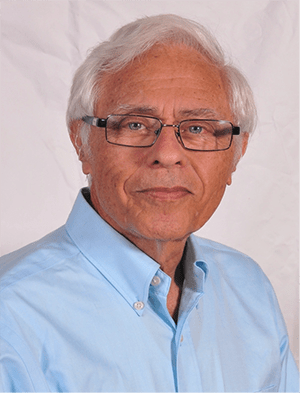 Like many political memoirists before him, Minnesota native Norman Sherman has provided a firsthand account of the momentous events that occurred while he was part of Washington’s inner circle. For Sherman, a former aide to Hubert Humphrey, those events occurred 50 years ago, when Humphrey was Lyndon Johnson’s vice president. In his new book “From Nowhere to Somewhere, My Political Journey” he looks back at those years.

During a four-year period in the mid-1960s, Sherman served as Humphrey’s press secretary, and stood by as Minnesota’s most prominent political figure was whipsawed by an increasingly bitter national debate over the war in Vietnam. The story of the war and its impact on Humphrey’s political career has been told by numerous other writers, including Humphrey himself in his autobiography, but Sherman has added some new details. He provides the full text of a memo that Humphrey sent to Johnson in February 1965 outlining the newly installed vice president’s misgiving about the war.

In the memo, Humphrey drew parallels between Vietnam and Korea. He reminded Johnson about the difficulty of maintaining public support for the earlier war that ended in a stalemate in 1952. “If we go north (in Vietnam) people will find it increasingly hard to understand why we risk World War III by enlarging a war under terms we found unacceptable 12 years ago in Korea.” Then, Humphrey tried to bolster his position with a political argument, maintaining that a Johnson administration would be able to cut its losses in Southeast Asia because 1965 represented “the first year when we can face the Vietnam problem without being preoccupied with repercussions from the Republican right.”

‘A bargain with the devil’

But Humphrey was immediately rebuffed. Johnson rejected his vice president’s advice out of hand. Not willing to find himself marginalized by an overbearing president and his pro-war advisers, Humphrey quickly switched from being a skeptical dove to an ardent hawk. Sherman was clearly troubled by his leader’s change of heart on the war. “That he ultimately gave in and became a cheerleader for Johnson policies was sad,” Sherman wrote. “In the face of presidential anger, Humphrey internalized his feelings, destructively, I think, knowing that it was either ardor or continued oblivion. … It was a bargain with the devil.”

In his memoir, Sherman looked back at Humphrey’s entanglement in war later in the 1960s, when the vice president was the Democratic Party’s candidate to succeed Johnson in the White House. In the final weeks of the campaign, Humphrey and his advisers finally decided that he needed to make a definitive statement on Vietnam, providing some daylight between his position and that of Johnson’s.

“Getting the proper tone and content was hard,” Sherman recalled. “The end position was clear in Humphrey’s mind, but finding the right words remained a challenge. Anything he said was risky with the voters at home and the audience of one in the White House.”

The final statement, drafted by Humphrey and delivered in Salt Lake City, called for a halt in the bombing of North Vietnam.

From hopeless to a month of hope 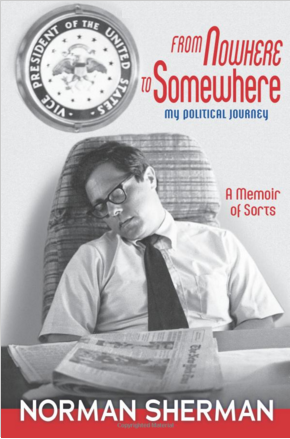 Sherman, along with other Humphrey supporters, believed the Salt Lake City speech represented an important step forward for the campaign, even if it did not change the final result. “What Humphrey said in few minutes changed the campaign from hopeless weeks behind us to an exciting month of hope ahead of us,” he noted.

In the years between the February 1965 memo and the Salt Lake City speech, Sherman was drawn into Humphrey’s bitter presidential nomination battle with his fellow Minnesotan Eugene McCarthy. That fight, which roiled DFL politics in Minnesota, ended with hard feelings on both sides.

Fifty years later, the hard feelings on Sherman’s part have not yet dissipated. He is still annoyed by McCarthy’s decision to withhold support for his former Senate colleague until late in the campaign when he finally provided what Sherman calls a “mushy endorsement” of Humphrey’s presidential candidacy. “It was sad that the man who had provided a necessary voice for those who were vehemently against the war … couldn’t get over his ego games,” Sherman writes with a note of anger.

Like most memoirists, Sherman writes about his own personal issues, including his two failed marriages, his brush with the law for violating the Corrupt Practices Act and the suicide of his brother. But it is his insider’s history of the 1960s that will attract Minnesota’s political junkies and history buffs, particularly those who remember the political battles of that era.

With another presidential election campaign now under way, Sherman’s account of those early battles delivers a contemporary message. It serves as a reminder about the lingering wounds from hard-fought primaries and their impact on those final electoral decisions in November.