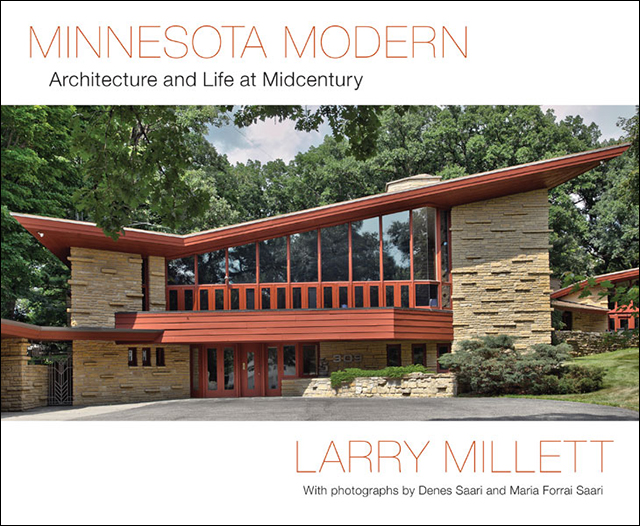 It is possible that an old house or building still stands in your neighborhood because Larry Millett influenced someone to save it. The architectural historian’s work, including his books “Lost Twin Cities” and “Once There Were Castles,” catalogs the many architectural treasures Minnesota has lost to the wrecking ball and inspires a preservation movement determined to hang on to the ones we have left. However, someone always wants to build something new, and now many of the new things built on top of those “Lost” buildings are themselves in danger.

Millett’s new book, “Minnesota Modern” (University of Minnesota Press) celebrates the state’s midcentury architecture. In what he thinks might be his last architecture book, Millett has created the definitive book on the midcentury era in Minnesota, including residential, public and commercial designs. Some examples, such as the Cooper Theater and Minneapolis Central Library, are now lost to history. (Fear not, fans of his Sherlock Holmes series; he plans to keep writing those books.)

“Just because I like old architecture doesn’t mean I don’t also like new. Midcentury modern is part of our heritage and it’s not going to go away,” he says. “When I grew up in the 1950s and ’60s, just about everyone either lived in a midcentury house, attended a midcentury church or went to school in a new building. So I have a personal interest in the time period. The world was remade when I was growing up.”

The book covers a time period stretching from the late 1930s to the mid-1960s, beginning with the state’s first cloverleaf interchange (on Highway 100) and ending with the Northwestern National Life Insurance Building, and features many of the buildings that make our communities and skylines distinctively ours. The book peeks inside of homes designed by Frank Lloyd Wright, Marcel Breuer, Ralph Rapson and Elizabeth and Winston Close; visits churches that helped define modern worship; and admires iconic midcentury Minnesota workplaces like 3M, the Lutheran Brotherhood Building and the IBM corporate campus.

Millett offers insight into the careful thinking that went into these designs, highlighting the details that give them lasting appeal and speak to the idealism of their time. He also criticizes the movement’s failures, such as housing developments that lacked “the kind of planning that might have made them more beautiful and more humane.” Now, as midcentury buildings increasingly disappear under new construction, he wants people to think about saving the best ones.

“I’ve spent a lot of time making the case for preservation. If only some the buildings that were demolished had been mothballed for a while, they would have been saved. If we’d just waited a while, people would have understood how special they were,” he said. “Now I see the same thing happening to midcentury homes and buildings, especially around Lake Minnetonka — there have been great, sad losses there. I don’t know what happened so that everyone has to live in gigantic houses. But that’s the way it is when people have too much money. J.J. Hill tore down two older mansions to build his one.”

Millett grew up in North Minneapolis near Broadway, which put him not too far from the Terrace Theater in Robbinsdale, one building that has been “mothballed.” 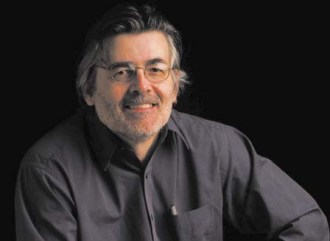 “That was my first exposure to midcentury modern, and it was a wonderful, shining temple. It’s one of the finest theaters anywhere in the city,” he said. “The city is aware that it’s an important building. The long-term prospects are good, I’m hopeful there will someday be a viable tenant.”

Millett conducted “street research” on his bike, touring midcentury neighborhoods such as University Grove in St. Paul and visiting midcentury suburbs including Richfield, West St. Paul, Bloomington, Coon Rapids and Golden Valley, where numerous significant examples of “high-style” architect-designed midcentury homes can be found. He says that Minnesota’s take on modernism is more restrained than the examples that can be seen in places like California, but its foundational principles are in place here.

He also visited his old school, St. Bridget’s, which, like many classic Catholic schools of the era, put a glass midcentury-modern addition onto its traditional older building. He notes that churches helped usher modern architecture into Minnesota, and in doing so helped change modern worship.

“St. Austin, St. John’s Abbey and St. Columba are outstanding examples, but there are many notable midcentury churches here,” he said. “We had a lot of very traditional, gothic, old-school churches and then suddenly everything went modern. Look at Christ Lutheran Church [in Minneapolis], very modern. But just a few years earlier, down the street, they built Mt. Olivet, a very traditional gothic building. People who lived in modern homes wanted to attend modern churches.”

He features some of the splashy, bold midcentury houses built in the Twin Cities, but notes that Minnesota modern tends to be a more buttoned-down version of the style that came here from California. One unique influence we had was Frank Lloyd Wright, who lived nearby and designed a number of midcentury homes and buildings here; Millett includes a great photograph of the architect standing (and scowling) in Southdale Mall, clearly unimpressed.

“The houses most people think of as midcentury modern, with glass walls and post-and-beam construction, are fairly uncommon compared to the suburban developments of the era. But those houses are fine. It took a while for them to come back, because they lack the obvious curb appeal that people get from, say, Victorian architecture. But young people are very interested in modern design, and these are good base houses, easy to adapt, to add on to, they are not too big, they are pretty efficient. The simplicity is really appealing.”

Millett says midcentury modern hit the Twin Cities just as the population was ready to spill out, and therefore the first-ring suburbs are heavily influenced by the style. Essentially, midcentury modern is suburban style, good and bad. “I’m kind of Darwinian when it comes to cities. They happen for a reason. The suburbs happened because the cities produced too many people, and they just spilled out like a giant pail of water. We could expand on all sides here — out in the prairie and away you go, no ocean or mountain in the way. We got what we wanted, for better or for worse. We got some great things. We got some junk.”