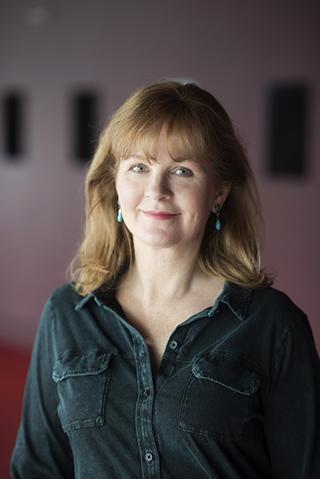 When your mother-in-law comes to town for a visit, it’s not unreasonable to wonder how long she’ll be staying. But if she’s coming from Iran, it wouldn’t be polite to ask, even when that visit stretches from weeks to months to years. “It sinks in that my boyfriend’s mother is, for all practical purposes, living with us rather than visiting,” says Valerie, the young waitress who just moved in with her boyfriend in Catherine Dehdashti’s first novel, “Roseheart” (Causy Taylor Literary Publishing).

In this humorous, richly detailed portrait of a family, that long, awkward visit turns out to be a gift. Although the mother-in-law, Goli Joon, rummages through Valerie’s undies, must be asked a ritualized three times before she’ll say yes, and learns about America from Oprah and Jerry Springer, she also turns Land O’ Lakes milk into Persian yogurt, teaches Valerie how to cook, and shows her that American family structures can be rearranged. Dehdashti works in communications at the University of Minnesota, and is a freelance food writer and essayist. The novel is based on her experiences as a Minnesotan who married an Iranian-American man (and his mother).

MinnPost: Your depictions of early 1990s Dinkytown, Uptown and the Twin Cities are so vivid they underline how very much those places have changed. Your characters shop at Dayton’s and Banks and see Prince hanging out at clubs — what was it like writing about this “Lost Twin Cities”?

Catherine Dehdashti: It took me so long to write “Roseheart” that I was practically in the 1990s when I wrote some of that stuff. That’s only a slight exaggeration.

Last summer, I was having lunch at one of the new rooftop restaurants in Uptown. My view was of young urban professionals partying at their shiny, new apartment pool on the rooftop right below. The hot tub juts out into a thick glass overhang above Lake Street. The new construction is sophisticated, architectural and sexy, and totally unlike the Uptown of the early ’90s. Now, you can’t even see the next street over because the views are blocked by new apartment buildings and the kind of stores that are usually in the malls. I had to get in my car and drive to good old hippy Tao Foods to regain my bearings. I loved writing about the 1980s and ’90s, from Wayzata to Minneapolis. But I started thinking, I sure hope some young writer captures the stories forming at that luxury apartment pool. Someday they may look back and that will be the gilded age of Uptown for them.

MP: “Roseheart” has been described as a Gen-X story. What do you think is unique about that moment in time?

CD: We were the last generation to be discovering email and the Internet after graduating from high school or college. Maybe we watched way too much TV, but we’re a unique generation for having had been unplugged so much of our childhood, teen, and young adult years. I’m grateful for that.

We also weren’t “foodies” yet until right around then — “Roseheart” spans the years between when nobody looked down their nose at you if you ate a lot of Cheetos and gummi bears, and the years when it all became a really big freaking issue. I appreciate healthy, artisanal food, but I’m also grateful for those years without the pressure about it.

MP: Your characters’ living arrangement has become atypical for most American families. What do you think we have to learn from other cultures about family life? 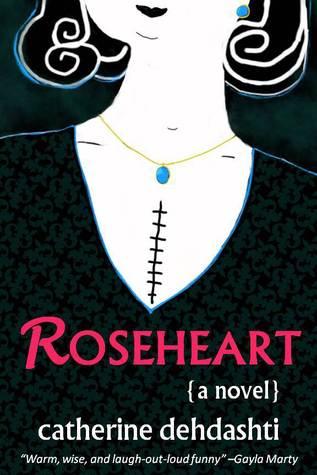 CD: Yes, it’s sort of like situational comedy, isn’t it? But my own mother reminded me that it didn’t used to be atypical to have multiple generations in one home. My mom had grandparents living with her. I know other Americans a generation or two ahead of me who had live-in in-laws. And now there’s a resurgence of that family set-up. When more people live together, they can support each other in so many ways. I don’t know why it’s considered either completely normal or completely inconceivable for different cultures at different times — a social scientist could tell you that.

The cultural differences between Valerie and Goli Joon add a good dose of comedy and some tears to “Roseheart,” and it’s that relationship that helps Valerie finally grow up and become less self-centered. Maybe becoming less self-centered is what we have to learn. That couldn’t have happened for Valerie if she hadn’t been forced to share a home and a kitchen with Goli Joon for an extended period of time. “Roseheart”’s characters have differences beyond ethnic culture. Valerie starts out as a pot-smoking waitress who wants to be a writer, while Naveed is a straight-laced civil engineer. I think they have a lot to learn from each other for being different in those ways too.

MP: How has the Iranian community in Minnesota changed in the years you’ve been a part of it?

CD: Someone in the audience asked me about the Iranian community at one of my last bookstore readings. I was sort of saved by an Iranian woman in the audience who could answer the questions I couldn’t. She said there are 20,000 Iranian-Americans here, which is four times more than I thought. She also confirmed what I do know, that they are an extremely highly educated population that contributes in a million ways — as doctors, engineers, inventors, social workers, artists and in every other profession. That doesn’t mean they are all doing that well, so it’s important to be aware of those in any population who are less visible or less privileged.

My husband and I used to be more active in the community, but it’s also a population that is very well integrated and so my husband’s family has lost touch with some Iranians. They are not insular. They used to so often have elderly parents living with them, and that helped because those elders kept the social scene alive and arranged a lot of get-togethers. Sadly, as the elders pass away, the families are all living busy lives in different suburbs and don’t connect as much. The spring Persian New Year is still the best time of year for families and friends to celebrate their rich cultural heritage and to pass it on to the kids, but again, as the elders pass on, those visits to one another’s home happen a little less.

MP: Food is so central to this story, and it all started with a kebob restaurant you worked at in the 1990s. Which one?

CD: Food is so central because Valerie and Goli Joon have to communicate when they don’t share a language so well at first. The kitchen is the bridge that connects the two women.

I worked at the Caspian Bistro on University Avenue near the University of Minnesota. Since “Roseheart” is fiction, you can’t think of those wonderful owners as the same people as the characters in the book (although I love both the real and the fictional owners). I will continue to eat there as long as it exists, or at least as long as they have saffron-rosewater-pistachio ice cream.