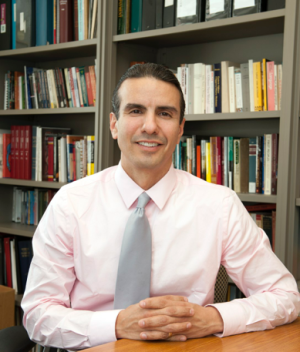 “Warrior Nation: A History of the Red Lake Ojibwe” (Minnesota Historical Society Press) details a 250-year stretch of political history in which the tribe we know today as the Red Lake band of Ojibwe established a village at the narrows between Upper and Lower Red Lake, pressed west from their East Coast origins over a period of hundreds of years by food shortages, conflicts with other tribes and a burgeoning population of European migrants. Treuer writes about the tribe’s leadership across the centuries, its battles with the Dakota people and its relationship with the U.S. government, with which it negotiated its resource-rich reservation lands, capturing a lake that enables its people even today to maintain many aspects of a traditional lifestyle. He details the treaty negotiations, including the moment when a disgruntled U.S. commissioner, in a fit of spite after the treaty was signed, redrew the lines on a map to exclude the upper eastern corner of the Upper Red Lake from reservation lands.

“There is so much more to the history of this tribe than the things we always hear about. This is the first book about Red Lake, and I didn’t want to focus on the shootings or the battles over fishing. I wanted to focus on the broad story of how this tribe succeeded, over and over again, against incredible odds,” said Treuer, professor of Ojibwe at Bemidji State and the author of 13 other books, including “Everything You Ever Wanted to Know About Indians But Were Afraid to Ask” and “The Assassination of Hole in the Day.” “They had brilliant leaders, farsightedness and determination to protect the things so many other tribes were losing. The expectation is, oh this is a Native story, so it should be a book about tragedy and loss. I wanted to tell a great story, not about what’s lost, but about what is gained and preserved.”

MinnPost: You aren’t a member of the Red Lake band. Why did you write this book?

Anton Treuer: You’re right, I’m registered with the Leech Lake band, but my family has lifelong connections with Red Lake and we are working towards common goals. I imagine I got picked for the job because I am outsider enough to not play favorites. Yet I am insider enough to get the stories needed. [Tribal chairman] Buck Jourdain asked me to get involved. A formal history was needed, both to preserve the known past of the tribe, and to use as a teaching document for young people.

MP: Did your close friendships within Red Lake hinder your ability to tell some of the less flattering stories?

AT: I tell the good, bad and ugly. It would not be believable otherwise. When people stepped out of line, I did what historians have always done, and told that story. Look at some of the complicated figures in here from very recent times, such as Peter Graves and Roger Jourdain. They are imperfect people, yet the good they did was abundant, and outweighed the bad. That is simply the reality for many important figures throughout history. And people understand that; it’s been heartening to see the reactions from people at Red Lake who have read the book. They understand that history needs to be looked at from many angles.

MP: How unusual is a Native-written history?

AT: Very. History is overwhelmingly written by white historians, missionaries and Army officials with no input from Native people. Therefore, we are largely programmed to think of Indians as something that happened before 1900. This book is a window into the Native perspective on the past, and a document of modern tribal life. There are still Native people in the modern world. You don’t have to worship at Stonehenge to be English; people change with time, and Native people are no exception. Our history is ongoing. 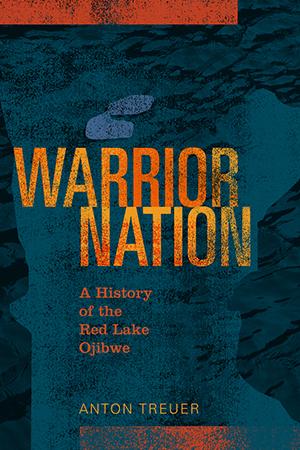 MP: Do you see resistance to including Native perspectives in American history?

AT: Yes. No one wants to be judged by their darkest day as an individual or as a nation. So by that reasoning, it’s very hard to include an accurate depiction of Native history. Look at black America: There is this ugly thing in our nation’s past, but we can move past it by focusing on the smaller things we got right. That buys us time. We can talk about Martin Luther King Jr. or how we got rid of Jim Crow — there are heroes and positive turns in that history, so when we talk about them, we don’t have to talk about what this country did before that, or continues to do now. But we can’t talk about Native people, because what did we get right there?

MP: Your writing has played an important role in documenting Ojibwe language, culture and history. How unique are you, among other tribes? Does the Dakota have a writer doing the same things?

AT: Many do, but I would welcome more Native scholars and writers. My goal with this book is to provide tools to the Red Lake community to teach and understand their history. But I also want to teach historians a different way to tell history. There are others who do this for their tribes, such as Angela Wilson in the Dakota community. I will say, Native historians struggle with the issue of oral history versus archival history. Oral history is often dismissed as lacking authority, while archival provides a level of scholarship that is acceptable to historians, but often lacks Native voices. I am able to bridge both, by having one foot in the ivory tower and the other in the wigwam.

MP: You write about struggles between Native and Euro populations, but you also don’t shy away from ugly chapters between the Ojibwe and Dakota. What is that relationship like today?

AT: For the most part, we have done a good job of reconciling between the tribes. Talking about and recognizing what happened in history helps us right wrongs today. We have an opportunity to reconcile peace. And that allows us to work together and help each other today. The Mdewakaton Dakota from Shakopee have been especially generous to Red Lake, and in particular with efforts directed at young people. That said, there were some chapters that were really hard to write about. But history must be heard. If your kid chunks another kid on the head with a Tonka truck, you don’t ignore it. You can’t say ‘let’s not talk about it.’ You do talk about it, and that’s what rebuilds relationships.

MP: How does white ownership of part of Red Lake impact the tribe?

AT: It has a huge impact on conservation efforts. Red Lake has some of the cleanest water on the planet, and it’s in danger because of white fishing access. It’s a ticking time bomb before those folks drop zebra mussels and other invasives into the lake and destroy it. They are careless, they don’t care about the lake or the community that depends on it, they don’t care about the future of the resource. It’s just, how many fish can I take for myself today? They’ll take what they can, and don’t care if it means there will be no fish for future generations. It already happened at Mille Lacs. It’s the tragedy of the commons. People think about themselves first. We need a values-based approach to managing resources. Western, individualistic values are competitive and financially motivated, and that doesn’t work in terms of the long-term health of a resource.

MP: “Warrior Nation” details exactly how the tribe lost control of a corner of the lake. Does the tribe consider the matter a lost cause?

AT: It is not a lost cause. Look at Peter Graves: On his deathbed, he said, “My spirit will haunt the lake until it’s back in my people’s hands.” For Red Lake to get the lake back, there will have to be a political solution, such as redrawing the boundary knowing that private landowners can still bequeath or sell their property. The solution will have to alleviate white concerns about having their land taken away.

MP: How would Red Lake like to see the tribe’s history continue?

AT: Returning the lake to tribal control. Fostering the language and seeing it grow with the next generation. Also, economic development and jobs are badly needed. There is no denying that unemployment is very high, 38 percent right now, and all the issues that come along with poverty are present, such as crime and substance abuse. Right now, people have to drive to Bemidji to spend their money, and then it doesn’t recirculate in the community. The tribal government is the major driver for all economic activity. Imagine if all U.S. dollars went to another country and didn’t come back, and if the U.S. government had to provide all jobs. This is the situation the tribe faces. The lack of private lands is a benefit in terms of protecting the environmental health of those resources, but it can be frustrating in terms of business.

MP: Your chapters include modern leaders and positive developments within the tribe. Do you see momentum toward a better future for Red Lake?

AT: Yeah, I do see lots of good things happening. We are working hard to preserve the language, and that is reinforced with new bilingual signage in the area. There are emerging efforts to make the language part of early childhood programs. There are now Red Lake people on the Beltrami board, and people are building relationships in the community beyond the reservation. That does a lot to dispel stereotypes and underscore shared values and experiences. The tribe is in the middle of a major constitutional reform effort — there are 12,000 members, with an exponential growth in young people, and they are writing down their past while looking to the future. They are always looking at those future generations, and as this history shows, they always have been.