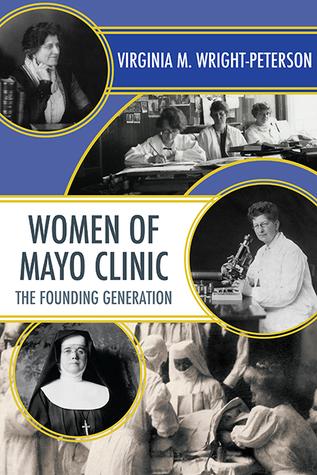 The left brain and the right brain not only can co-exist in the same person, they can both flourish, given the right inspiration — and a library card. Virginia M. Wright-Peterson started her career at the Mayo Clinic as an accountant, ultimately turning her numbers know-how into a position as chief financial officer for Arizona Mayo, before becoming a writer and teacher of writing at the University of Minnesota Rochester. She says she always harbored a deep love of books, which led her to write the one she noticed was missing from the shelves. “Women of Mayo Clinic: Founding Generation” (Minnesota Historical Society Press) is the first book to examine the huge contributions women made to the Minnesota medical center most people associate with two brothers.

“I credit my mother, who took me to the public library every week. I grew up loving reading and stories,” Wright-Peterson said. She was a few chapters into T.C. Boyle’s “The Women,” a book based on the women in Frank Lloyd Wright’s life, when she stopped and thought, “My gosh! Someone ought to write a book about the women of Mayo.” There was no reason that someone couldn’t be her. At first, her left brain led the process, with research and writing that hung up on every date, time and place. “I was in danger of writing something that was heavy and boring, and these people were anything but boring. So I decided to just focus on telling the story.”

She starts off with a bang, opening with the day an F5 tornado ravaged the prairie town of Rochester on Aug. 21, 1883. Hailstones the size of baseballs fell from the sky; fish were sucked straight out of the waters; a 35-mile stretch of farms, homes and businesses were blown to smithereens; more than 40 people were killed, and scores more injured. The town’s handful of physicians tended the wounded in a makeshift ward at the local dancehall, and the Franciscan sisters took in dozens more at the convent.

Afterwards, the superior, Mother Alfred Moes, told Dr. William Mayo that Rochester needed a proper hospital. Mayo, who along with his brother Charles, had been practicing privately, said he wasn’t up for the job — he was daunted by the fundraising needed, the deep local schism between Catholics and Protestants that infiltrated medicine, and the bias against hospitals at a time when most people thought they were places to die.

Moes was undeterred, and along with the sisters, spent years working and saving money to buy the land and build the original Mayo campus building, St. Mary’s Hospital. Moes oversaw its construction and, along with Sister Joseph Dempsey, surgical assistant and hospital administrator, created the culture that still defines Mayo today.

“I wish the sisters still had the influence today that they had then; they were truly remarkable, and did so much for Rochester and for medicine,” said Wright-Peterson, who says she never learned about them in school lessons on local history. “I’ve lived here for my entire life and my family has been here for five generations, but I still had no idea how critical women were to the hospital. I found dozens of truly remarkable, talented and hardworking women without whom Mayo wouldn’t exist, and wouldn’t be the place it is today.” 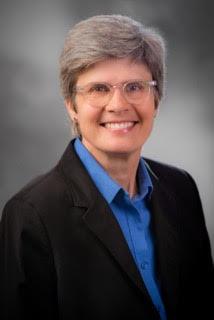 Wright-Peterson writes about Sister Joseph, who made critical discoveries about abdominal cancer while conducting surgeries with Dr. William Mayo. She explores Mayo’s wife, Louisa, who was the family’s breadwinner for decades, living alone on the Minnesota frontier while her husband traveled, studied and explored other careers. She developed sophisticated doctoring skills, grew the plant medicines used in practice and assisted her husband in surgery. Maud Mellish created St. Mary’s medical library and devised standards of editing medical papers that helped raise Mayo’s standing in the profession and still influence medical papers today.

And then there’s Alice Magaw, who developed an innovative new way of administering and monitoring anesthesia: She talked calmly with patients while the drugs took effect, observing vital signs. Previously? “Other methods practiced elsewhere involved ‘choking and smothering’ the patient until the medication took effect,’ Wright-Peterson writes. By 1906, Magaw had administered anesthesia to more than 14,000 patients without a single anesthesia-related death. “Even today, when I share that statistic with medical students, they gasp,” says Wright-Peterson. “She had none of the monitoring equipment they have today. She was just very, very good at what she did.”

Despite the obvious contributions of these and the other women in the book, Wright-Peterson found her research process hampered by a lack of materials. In a history of Rochester, she found a heavy bias toward records about men; only 18 percent of the photographs included were of women, and there were nearly as many pictures of horses as pictures of women. “If the car had not replaced the horse midway, undoubtedly there would be more pictures of horses than women,” she said, noting that the trend to downplay women in history books continues today.

Wright-Peterson says the history books don’t reflect the egalitarian realities present at Mayo from the very beginning. She notes that the Mayo brothers not only relied on the financial and strategic acumen of its female founders, they frequently deferred to the medical expertise of the women they worked with, and didn’t hesitate to hire capable women for positions throughout the organization. When the state medical society refused to admit Dr. Harriet Preston, a brilliant eye physician who worked with the Mayos, Dr. William Mayo argued in support of her.

“I speculate that Dr. Mayo advocated for women in his practice because he had been educated in a Quaker school where boys and girls were educated right along with boys. He looked at people not as who they were but as what they could do, and he knew very well that women were very capable at doing things, because his whole life, he’d been surrounded by incredibly capable women.”

‘Women of Mayo Clinic’: Turns out they were critically important