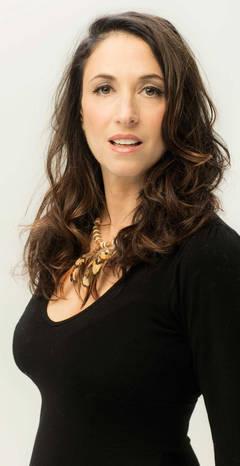 Babes in Toyland were impossible to ignore during their rise in the late 1980s punk scene. Kat Bjelland, the blonde in the baby-doll dress, screamed, not sang, her lyrics. Lori Barbero, the drummer whom everyone still remembers because of her serious stack of cavegirl dreadlocks, stomped around Minneapolis with a wide grin. And then there was Michelle Leon, the bassist whose face was usually hidden under a tangle of dark curls. She hung back behind the others, there and not there, reserved and enigmatic — who knows what she was thinking? Only she did, until she wrote “I Live Inside: Memoirs of a Babe in Toyland” (Minnesota Historical Society Press).

“I had an amazing, incredible time with the band, but I maybe didn’t realize what it all meant until I began writing about it,” says Leon, who, at age 17, saw an early version of the band perform at a house party and vowed to learn to play the bass and join them. Her book follows that grand folly as she camps on couches across country, performs in bars she’s not old enough to drink in, drinks anyway, survives an ugly tour-van highway accident, watches her friends wrestle with mental illness and addiction, and falls in love. When that love is killed by a gunman in a botched robbery, she reaches the end of the tour and quits the band.

“I saw the world and so much great music. I met so many incredible people and did things most people will never get the chance to experience,” says Leon, who grew up in Hopkins and passed over college in favor of punk rock, to the dismay of her parents. Yet they were so supportive they insured the band’s tour van and sent money when the per diem didn’t cover its costs. “They worried a lot and they weren’t sure about all this, until the band started showing up in the newspapers and we were touring around Europe.”

Leon did catch up to college 20 years later, studying creative writing and processing her experiences on the page. The stuff she probably didn’t tell her parents makes up this book: The chaos, the in-fighting and constantly changing relationships with her band mates, the drugs and alcohol, and the penis-waving creeps that naturally appear when an all-female band hits the stage. And the joy. She was part of one of music’s most iconic modern movements, doing something few people, and even fewer women, had a chance to do. She connected with other music lovers and inspired many more. As she explores her relationships with Bjelland and Barberos in the book, though, it becomes clear that Leon needed to leave the band to find her own voice. As a “good girl from a good family,” she didn’t quite fit into the troubled punk ethos, and in her admiration for her band mates’ gifts, she didn’t understand her own until she took a step away.

“I never felt like I fit in at school, growing up. Now, I think everyone feels that way at that age, but I didn’t know that then. I just saw punk as something different, a place for weird people that no one understood. I was so attracted to that,” says Leon, who always considered herself a writer, but never contributed lyrics to the band.

“I wrote for my school newspaper, I wrote poetry, but I loved Kat’s lyrics so much, I never even thought about writing songs. She was just so good at it,” says Leon, whose spot was filled by Maureen Herman, who stepped in just in time to experience Babes in Toyland at its commercial peak — and at the peak of its members’ personal struggles.

New Orleans and a new life 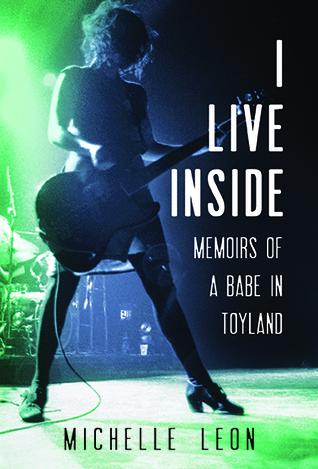 “It was very hard to see the band go on without me. There are films that I am actually cut out of and Maureen pasted into. It’s pretty disorienting to be edited out of your own past,” says Leon. During those part-two years of Babes in Toyland, Leon moved to New Orleans, where she worked in a flower shop, then fixed up old houses and became a real estate agent in the years before Katrina. “I stayed for a year afterwards. I was showing houses while wearing rubber boots and facemasks because of the mold. People would ask, ‘Does anyone else live on this block?’ because so many neighborhoods were just empty. I guess it was a crazy time, but I just kind of went along with it.”

That’s what being a Babe in Toyland does for you. After Leon returned to Minnesota, she went to college, wrote for City Pages and CBS MN, got married, and now works in special education at a St. Paul elementary school. That job uses some other skills she got from being a Babe.

“I learned so much about relationships. When you are stuck in a van with people and living in difficult situations, you learn so much about how to deal with people in their hardest moments, through their struggles to understand themselves. And I’m incredibly flexible because of those experiences. If my kiddos are just not able to get with the program that day, we change it. I’m just a very flexible thinker, and I have so much love for kids who are different. The surly kids, the angsty ones. I understand, I remember.”

‘I Live Inside’: Michelle Leon on her life as a bassist in Babes in Toyland