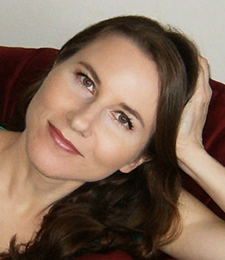 St. Paul novelist Rebecca Kanner is a little bummed about her spot in the bookstore. Because her new book, “Esther,” is published by Simon & Schuster’s religious imprint, many booksellers are filing it away in the Christian section. Segregating books by any genre — in both virtual and actual stores — means some readers won’t venture near them; the baggage is real, and it can be really off-putting. Add religion to the algorithm, and things get even tougher for an author who is trying to reach wider audiences. Plus, for Kanner, the Christian section doesn’t even fit; she’s Jewish.

“I get comments like ‘Of course the book is offensive: The author isn’t a Christian!’ ” says Kanner, who says her writing is actually quite enjoyed by many Christian readers, but the “noisy few” hang up on the fact that she ventures off the pages of the Bible to explore settings and people with a broader perspective. Her first book, “Sinners and the Sea,” revisited the story of Noah. “I saw him as human and flawed. He comes off as a bit crazy, and that bothered some readers who wanted to see him as perfect and all-accepting in his approach to God. But his own wife wasn’t sure if he was actually hearing commands from God or if he’d gone off the deep end. The Bible doesn’t have perfect characters; that’s what makes them compelling.”

In “Esther,” Kanner goes behind the scenes in the story of Hadassah, a peasant girl in the Hebrew Bible who renamed herself Esther to disguise her Jewish heritage, and marries King Xerxes of Persia. Her cousin Mordecai informs her of a plot to kill all the Jews in the empire, and Esther ultimately reveals her own heritage and convinces the king to alter his edict to allow the Jews to defend themselves. The Purim holiday [March 23] commemorates the foiling of the plot.

“I grew up in Highland Park and attended Talmud Torah Day School, where we were taught to engage with stories and ideas, and even to argue with them. That’s very central to Judaism. There’s a saying: Two Jews, three opinions. Arguments are encouraged, because that’s how you learn what’s important to other people, and why. They primed me to write Midrash, which is the study of things that are unclear or mysterious or untold. So that’s how I approached the story of Esther.”

Kanner explores the wine- and blood-soaked politics of the Persian Achaemenid Empire, and sneaks around a palace where no one gets a good night’s sleep, because just about everyone wants someone dead. Kanner casts away any sentimentalism in Esther’s story, and adds in some sort-of steamy, totally restrained romance between all the wrong people. So that Christian section? It doesn’t strictly fit. Readers of romance, suspense, literary history, books about royals and “The Hunger Games” and “Game of Thrones” fans would find it just as juicy. Kanner points out that the word “God” doesn’t even appear in the biblical Book of Esther. 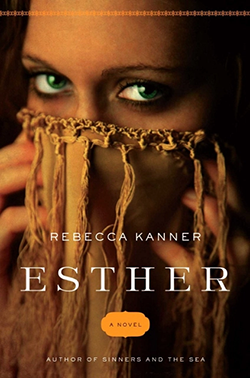 She also goes to zero lengths to disguise the perverse misery of the biblical era. Hadassah is kidnapped from her home in the middle of the night in a raid that resembles an ISIS sex slave operation, then brutally marched across the desert to a fate that might actually be worse than death. Out of 100 girls, one will be the king’s wife, some will find a spot in his harem, and the rest will be tossed to the soldiers to be raped until, sooner or later, they die. It’s ugly business, with only some exotic silks, jewels, fancy perfumes and helpful eunuchs to distract the girls. Kanner amps up the intrigue by pitting concubines against each other — as if sex with the gross, perpetually drunken king wasn’t bad enough, the girls have to sleep with one eye open lest the malicious harem leader disfigure them in her own quest to place her relatives in power, which doesn’t end when Esther becomes queen.

“I didn’t buy that Esther was picked just because she was beautiful. The king already had access to hundreds of beautiful girls in his many different castles. I wanted to find out what made her different, and explore the ways she achieved what she needed to with very little freedom,” said Kanner. “It’s unusual for a female biblical character to achieve immortality through anything but producing children, but Esther had no children as far as we know, and she is remembered for her achievements.”

Kanner is at work on her next book, which is more likely to end up filed under mystery than religion. It’s set in the modern era. “It is such a relief to write something contemporary. While I loved researching my other books, it’s exhausting and time-consuming. I had to learn so much about the very basic aspects of life in that time period in order to understand it and see my characters there. Now, if a character wants to go to the bathroom, they can just go, and I can keep writing. I don’t need to look anything up.”

Rebecca Kanner goes behind the scenes to retell Esther’s story