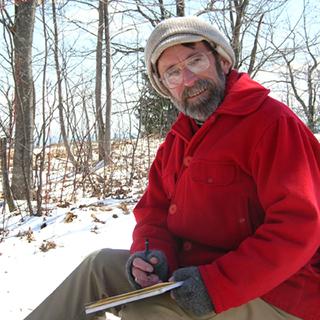 Something is missing. When John Pastor looks at his college students, he sees a different kind of person from those he saw 30 years ago. The ecologist, writer and University of Minnesota Duluth professor of biology grew up outside, exploring the woods and his grandparents’ farm. His observations of the natural world led him to his career, but it’s not clear what brings his students to study something that doesn’t seem to be part of their lives.

“My students are very concerned that the world is going to hell in a handbasket. I don’t necessarily disagree, but the role of ecology isn’t to save the world, it’s to understand it,” he says. “These young people have grown up inside. Even in Duluth, very few students set foot in the BWCA in the four years they are here. They don’t hunt, fish or spend time outdoors doing what was once called ‘woodcraft.’ They might use a path outside for athletic training or competition, but they have their ear buds on, their eyes are on their feet. They are not hearing the birds or seeing the trees. They are missing something and they can’t put their finger on it, but they know it.”

Pastor’s book, “What Should a Clever Moose Eat? Natural History, Ecology, and the North Woods” (Island Press), is a look into that missing experience. In a tribute to the rewards of observation, he walks readers through a northern landscape populated by beavers, moose, warblers, conifers and hardwoods. He notes the changing interplay of the species as fire, ice, water, seasons and human influence alter natural cycles and give new advantages to some species, such as the tent caterpillar, which thrives in post-logging landscapes dominated by aspens instead of pines. He shows how important each species is to all the others in the system. It matters what a moose eats, and not just to the moose. In this absorbing, highly approachable look at natural history and ecology, Pastor shows us that Minnesota’s landscape is rich and tightly interconnected. It’s beautiful, too.

Illustrated by the writer

“I’m an artist. I don’t know how I stumbled into it, but I always have liked drawing and it helps me discover the world in different ways. When you are doing an illustration, you are deeply observing. You can home in on something you might not otherwise notice,” said Pastor, whose book is illustrated with his own intricate drawings and paintings. (See Pastor’s gallery on The Clever Moose blog.)

His north woods observations include drawings early humans made on the rocks in the BWCA. “They were incredible observers of nature. They got everything absolutely correct, in a way we think of today as scientific. These drawings were the precursor to science and the origins of art. They are the point at which we really became human. It’s what separates us from Homo erectus.”

His appreciation of nature’s gorgeous expression adds dimension to his scientific perspective. Biologists E.O. Wilson and Miron “Bud” Heinselman are joined in this narrative by explorer David Thompson, who mapped the north woods by canoe at the start of the 19th century, and Robert Frost, Henry David Thoreau and poet Jun Fijita (whose cabin is now part of Voyageurs National Park). Pastor says the biologists and the poet tell the same story in different ways. He often reads poetry with his wife at night. (Right now, they are reading John McCullough’s “John Adams.”) Pastor says the north woods influence artists who live nearby, and the very identity of Minnesotans is shaped by the presence of that landscape, whether or not they spend time in it. 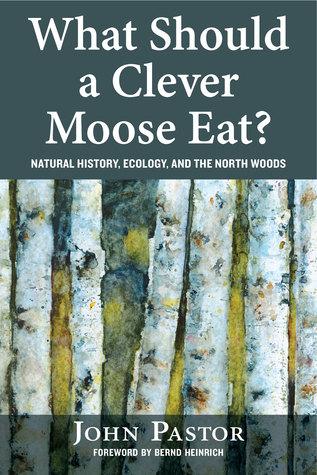 “We like the big pines and the maple trees and the water, even if we don’t understand how they relate to each other. The way we see ourselves depends on this landscape. Just as in Arizona people see themselves as part of the desert, Minnesotans see themselves as people of the prairie or north woods. I wanted to explore how this place influences what it means to be a human being here.”

The study of natural history extends to an examination of how human influence changes the relationships between species in the north woods. Pastor, who is the co-chair of the Natural History Section of the Ecological Society of America, has been a key figure in the study of the impact sulfide mining has on wild rice in northern Minnesota.

“The National Science Foundation and the Fond du Lac band asked me to look at the effects of sulfites on wild rice. We did experiments and found that sulfites aren’t toxic to rice, but they turn into sulfides, which collect on the roots of seedlings and produce a black crust that inhibits growth of the seeds. That very quickly spirals down through the population and in a couple of years you have no wild rice. And it isn’t just wild rice.” Pastor says that dragonflies and other insects decreased dramatically when sulfides were present in the food chain, which ultimately affects migrating birds, waterfowl, cranes and fish. “It doesn’t stop at the wild rice; that’s just the foundation. If you think about it like a house, you don’t want to knock out your foundation.”

Pastor says technological solutions can be devised to clean the sulfides out of the water before they reach the environment, but it is expensive to do so. “The price of copper has been going down for some time. I don’t know what’s going to happen when the cost to clean the water exceeds the profits.”

Even in the face of such troubling questions, Pastor sees hope. UMD recently added a minor in ecology, and it’s now the fastest-growing program in the department. But he still wants to see more students — and Minnesotans — get outside.

“We are missing out on so much when we are cut off from the natural world,” he said. “But we are starting to realize that, and I think we are coming back to it.”