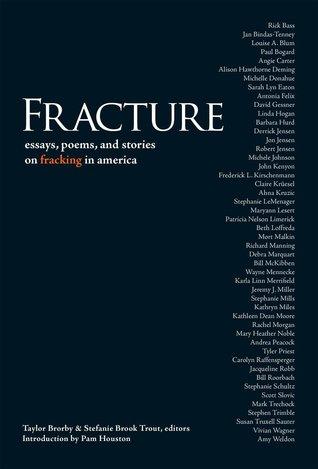 Taylor Brorby comes from a place a lot of people think was full of nothing, until it became full of money, trucks and sex workers, and suddenly became interesting. But the North Dakota native knows that the northern prairie has always been quietly spectacular. He sees a place on the edge of the Rocky Mountains that is thick with rowdy legends and history, and is home to a complex interplay of rare species. He wants people to know about these things because they are being destroyed, and they can’t be replicated anywhere else.

“There is a myth that fracking will go away because of the low oil prices, but that is not actually the case,” said Brorby, who attended college in Minnesota and currently lives in Iowa. “We are learning about its impacts, and some places are rejecting it, like Florida did last month. But it is not going away.”

Brorby is the co-editor of “Fracture: Essays, Poems, and Stories on Fracking in America” (Ice Cube Press), a collection that includes more than 50 writers, including Rick Bass, Pam Houston, Linda Hogan and Bill McKibben. It is the first literary collection about fracking and it is an illuminating, tragic and sometimes funny look at an ancient place forever altered in a frenzied few years. These are stories about the party before the calamity, the after-shocks that occur when the pumps stop, and the people caught up in all aspects of the situation.

MinnPost: People are notoriously unwilling to read about environmental issues. What made you want to put together this collection in the face of possible rejection?

Taylor Brorby: This is the greatest moral issue of our time. I know that people are busy and there is a lot of distraction out there, but as I travel around the country, I’m realizing that very few people even understand what fracking is. They don’t understand the ramifications of oil spills. They don’t understand that it isn’t the fracking that causes earthquakes, it’s the re-injecting of wastewater into the earth that does, and that wastewater is full of chemicals that end up in our drinking water and food, and the process is rapidly contributing to climate change. Last month, the United States saw the arrival of the first climate refugees, and we’re going to have to start dealing with that on a huge scale in the coming years. We need to pay attention and understand what’s happening, because it matters, more than anything.

MP: You managed to get some of the country’s greatest living environmental writers in here. Pam Houston’s intro is incredible, and Rick Bass is an especially important voice here.

TB: Yes, he’s incredible. I was so happy he agreed to be part of this project. The man has a formal degree in geology and worked in the oil industry before becoming a writer and activist. He has a long history of looking at this issue and commands a lot of respect. To have someone who has been on both sides of the issue helps shift the tone of the anthology. I wanted, throughout the collection, to show the many sides, and how complex it is.

I originally asked Pam to blurb the book for the back cover, but when she started reading the anthology she was so angered that she ended up writing the introduction, which was such an honor. She lives in Colorado and I thought it was important to get the western perspective on the issue. But it affects every part of the country. It’s not just a Western issue, or a North Dakota issue. 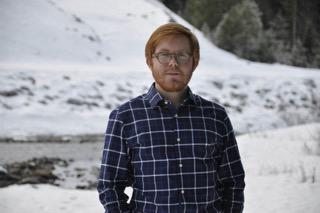 MP: You’ve lived in and written about the Bakken oil fields for a long time. How do you see the issue evolving in the post-boom era?

TB: I think there are different trains of thought coming out of North Dakota. People are starting to understand what happens when you let large corporations start paying for your government. We are left with a badly damaged environment and lots of damaged relationships, right down to the neighborhood level. You can find next-door neighbors who have different rights on the land they own. One can have mineral rights and the other can have surface rights. That means your neighbor can opt to have a well put on your land because they own the mineral rights but you only have surface rights. Your land becomes worthless while the neighbor gets rich, and that fractures communities. But most people don’t get rich.

MP: Meanwhile, as this book makes clear, everyone has to deal with the pollution.

TB: Yeah, everyone. Even if your state isn’t fracking, your neighbors are, and you have pipelines. North Dakota has experienced over 10,000 spills in the last decade, and that polluted water doesn’t just affect people there; the watershed goes to the Gulf of Mexico and affects every living thing along the way. In North Dakota, the sage grouse is headed towards extinction. The pallid sturgeon is expected to go extinct in the next few years — this is a creature that has been on the planet for 70 million years. Gone forever.

MP: Do you see many North Dakota writers taking on this topic?

TB: North Dakota doesn’t have the literary tradition that Minnesota does. I hope that people in North Dakota are thinking about these things, but it is very difficult to dissent. When you are in a largely impoverished area, money speaks. You might understand that your environment is going to be impacted, and that you live in that environment. Some people will say fine, I’ll take the money, then move someplace else and leave the mess for others to deal with.

MP: This collection underscores that this has been part of life there for generations.

TB: Yeah, this isn’t the first oil boom they’ve seen; the first was in the 1950s, then again in the 1970s. But this one is leaving a much greater mess behind. There’s a lot of forgetting. North Dakota recently re-elected the same government that sold the state to the oil companies. Even as we are now learning more about the impact of the mess they’ve made, and how the EPA helped cover it up in places like Pavillion, Wyoming, people don’t want to talk about. There is a great denial. You might hear that cancer-causing agents are in your water but you have to believe it won’t happen to you.

MP: When you focus on a topic like this, how do you keep your anger at bay?

TB: I have four nephews who live there. I just finished my poetry collection and I dedicated it to them. I wrote, “The pen is mightier than the pumpjack.” I want them to know that I didn’t solve the issue, but I tried to make it less worse. For them. I grew up there and it’s tremendously painful to see what has happened to a place I truly love. I grow up with the Badlands as my backbone and the Missouri River as an artery. I grew up right where Lewis and Clark spent a lot of time during their expedition. Custer traveled there. The buttes and bluffs have been there for 65 million years. And then we can level them in one day, and they aren’t ever coming back.

My nephews are growing up in a completely different landscape, with who knows what in the water. The North Dakota I knew is completely mythic now. I can talk to them about the pallid sturgeon I caught in my childhood, and when it goes extinct, it will be as if I am talking about the dinosaurs. I am too angry to give in to despair, but I have to speak out of love and protection for these things, reach out towards the topic rather than running away from it.