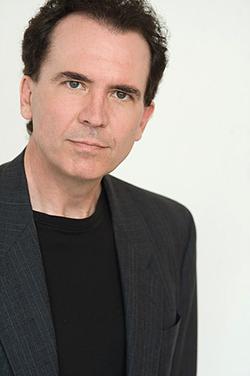 We’ve heard the presidential candidates weigh in on matters such as marriage and bathroom use. But are these truly the pressing issues of our day? Shawn Otto thinks they should be talking instead about science. The next president is going to be dealing with agriculture and clean water supply, health care and pandemics, energy policy and the impacts of climate change, and myriad other matters that depend on science for solutions — yet few candidates are willing to even talk about it.

“Science has a huge PR problem. We need to re-educate the public and the media about science in order to solve most of the problems we will face in the near future,” said Otto. “We are in the midst of the sixth mass extinction. The world is beginning to see catastrophic flooding and fires due to climate change. Clean water is becoming a global scarcity. This country loses $300 billion every year to mental health issues. Mike Osterholm is worried that Ebola is going to make a comeback in Kinshasa — a city with 11 million people — and Obama just moved funding away from the fight against Ebola and put it into Zika because Congress wouldn’t approve enough Zika funding. All of these issues come back to science. We need to talk about it if we are going to solve these problems.”

In advance of the 2008 election, Otto, along with Science Debate 2008, a grass-roots campaign supported by leading scientific institutions, pushed the candidates to talk about science in public debates. Barack Obama and John McCain ultimately declined to participate in a science debate. [However, they did answer questions for an online version.] Today, Science Debate is a nonprofit, nonpartisan organization and they are trying again to make science part of public policy discussion.

Otto says a science debate is still a possibility this year, although the candidates didn’t touch science in the primary season. “All of America’s leading science organizations are working together on this to get them to engage on these questions in the general election. The candidates may choose to engage outside of the debate format, either in a town hall forum, or a sequential forum with a single moderator. We are talking with a couple of different networks about this possibility, and will also be exploring getting questions into other debates and engaging online.”

Otto’s new book, “The War on Science: Who’s Waging It, Why It Matters, What We Can Do About It” (Milkweed Editions) discusses how anti-intellectualism has hampered progress, endangered life and redirected public policy discussions away from things that impact everyone.

MinnPost: Your book, “Fool Me Twice: The Assault on Science in America,” originally came out five years ago. Tell me how this new book is different.

Shawn Otto: Well, it was supposed to have been the paperback version, but when I looked at updating it, I realized that so much has changed in the past five years, and I ended up completely rewriting the book. Unfortunately, the changes aren’t good: The war on science has accelerated. Anti-science interests have invested a lot of money in well-developed PR efforts to battle back attempts to include scientific understanding and reality in our public policy, and it’s had a huge effect. In addition, my own understanding of the situation has evolved, and I wanted the book to reflect that.

MP: What specifically have you come to understand?

SO: I have a lot more clarity on how exactly the war on science is being waged. Science is a force for equality. When we base public policy on facts, we can make decisions that benefit everyone, not just specific companies or individuals. Science is the force that protects the least of us from the most powerful. But when science is not advantageous for powerful entities, big money comes in to influence public opinion. That is not limited to corporations or a particular political viewpoint. For instance, left-leaning academic institutions have extended identity politics to the point that some think there is no such thing as a scientific reality, that it’s just a matter of perspective. But science ignores perspectives; it relies on facts. Similarly, journalism schools still teach people that there is no such thing as objectivity. When we extend that towards public policy, we can get into serious trouble.

MP: Give me an example.

SO: Vaccines. Many people on the left have bought into the anti-vaccines story, despite all scientific evidence to the contrary. And people on the right have, too. We saw that when Michele Bachmann weighed in on the HPV vaccine [claiming it caused ‘mental retardation’]. On that side, there is a strong focus on origins — origins of the cosmos and origin stories relating to human reproduction. Both fundamentalist Islam and Christianity oppose science when it begins to talk about reproduction, and that focus on origin stories is so dominant that when they reject scientific information about origins, they also feel they have to reject all other scientific information, even when matters of health and the environment can have catastrophic effects on the future of humanity. 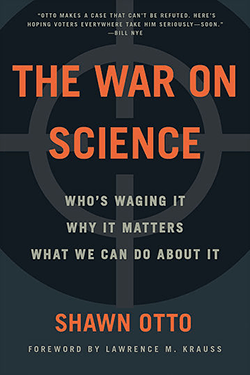 MP: Since Science Debate started, it seems we have seen some progress in the discussion about climate change. Politicians are recognizing it and dealing with its effects. Does that bode well for your efforts to bring it into the presidential conversation?

SO: Well, that is largely limited to the Minnesota media. MPR has the Climate Cast broadcast, which really illustrates the impact this topic has on nearly every other topic. MPR made a specific decision to drop the debate over whether or not climate change is real and just move forward on talking about its effects and implications. No other state does that. There are states that are dealing with catastrophic effects that are directly attributable to climate change, and their leadership refused to acknowledge it, despite the evidence of what their eyes are telling them. They may privately acknowledge it, but there are business interests, such as in coal country, that prevent them from saying a word. In the short-term, it is more profitable to pretend it isn’t happening. We see some of this here in mining country.

MP: States aside, President Obama has been much more vocal about talking about climate change, though.

SO: Yes, but that has only started in the past year or so. After the failure of the cap and trade legislation, he didn’t even talk about it. He could only use pro-business language and talk about clean tech or the new energy economy. That has changed, as it has had to. Drought, fire and flooding are going to impact the way the world governs. Other leaders are starting to discuss it, but many are going with the approach of, ‘climate change is real but there’s nothing we can do about it.’

MP: Do you think it’s too late?

SO: No. It’s not too late to do anything about it. We can devise a clean power plan. The technology is already here; we just need to refocus attention away from fossil fuels and look at a full adoption of a clean power plan. That includes incentives for things like geothermal and electric cars; deployment of current solar energy technology; and licensing of nuclear electric plants. The technology is in our hands right now, but the vast majority of incentives are still flowing to old methods.

‘War on Science’: The uphill battle to get presidential candidates to talk about science