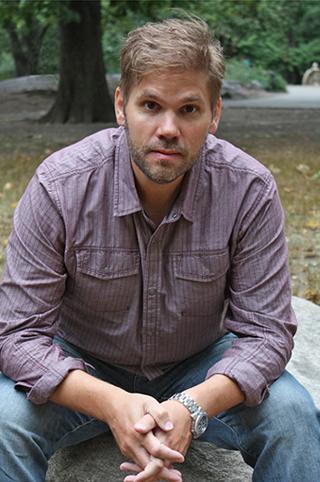 Peter Geye sets his novels in the fictional town of Gunflint, a pinprick on the map of northern Minnesota that straddles the big lake and the deep woods. This setting is both a source of solace to his complex characters, and a well of roaring menace, threatening to wipe them out with a mere change in the weather.

In his latest, “Wintering” (Knopf), a father and son head deep into the woods for a long season of winter camping, but the weather is the least of their worries. The men, descendants of characters who appeared in the Minneapolis writer’s previous work, have carried complex burdens down the generations, from an immigrant foremother and the loggers, fishermen and boat builders that populated her world into a modern era that hasn’t changed that much. With this third visit to Gunflint, Geye’s characters face a powerful evil in a wilderness showdown that is earning him comparisons to Jack London and Jon Krakauer.

MinnPost: Did you know while you were writing that this would be a breakout book for you?

Peter Geye: I did believe while I was writing it that this book would appeal to a broader audience than my others because it was more of an adventure story. But I didn’t feel that it was going to be a hit. I would have a hard time believing that, because as a writer, I am usually crushed by anxiety. It’s easier to believe I’m a hack and feel insecure about my work than to believe that it could be successful.

MP: That sounds awful. How can you write under those conditions?

PG: Because I still love to do it. I love inventing characters, putting them in situations. And as hard as it is, it feels essential. I have figured out more things about myself through the process of writing and understanding my characters. It’s been a form of therapy.

PG: Yes. I have a few friends who read it early on, and they gave it universally good reports. They loved it, and that helped me to start feeling more confident about it. I have a hard time seeing my work objectively, so I count on friends to give me that. But I still didn’t feel like this book would take me to the next level. Not that I wasn’t hoping. Writers have to be thoughtful about their career; unless you are someone like Louise Erdrich, you have to think about whether or not you can keep going.

MP: How did you switch publishers?

PG: Unbridled Books published my first two books. I have loved working with them so much. But when they offered me the same price I got for my first novel, I realized that I wasn’t ready to sell this one for that amount. I understand it’s enormously difficult for small publishing houses to compete. The publishing world is changing so quickly, with Amazon and everything else conspiring to make things difficult. But I passed on their offer, and ended up selling to Knopf. There’s no guarantee they will take my next book. So much of it is luck and timing. I never feel like I can take things for granted. There are so many writers out there who are better than me and not getting published. Maybe my story sounds easy — 10 years ago, if I’d have read this article, it would have made me feel hopeful, but man, it’s a tough, tough time. 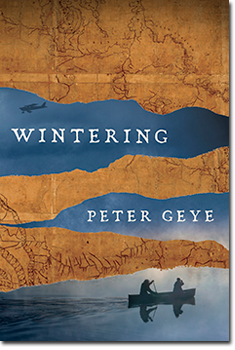 MP: So if your younger self was starting out today, would you find it harder to stick with it?

PG: Well, I would have understood that it was maybe financially unsustainable, but I still would have done it. I absolutely love writing. I could have published this book with Unbridled and things would have gone on fine. It’s unlikely I would have found any kind of financial freedom with them, but you don’t become a writer to get rich. And I’m not on easy street with Knopf. I’m still teaching and writing book reviews and doing talks for money. But I would never stop writing. Most of us writers are dolts in that way. We love it, so we can’t not do it.

MP: This is an international release, about a tiny town in Minnesota. What do you think the broad appeal is?

PG: It’s a pretty specific setting. Unless you are from the North Shore, you won’t recognize it. It’s not a universal place or a New York City novel. But most of the memorable books in U.S. history are set in remote or rural places. Look at what Faulkner did with Yoknapatawpha County. People say my project is like what he did and I take some comfort in that.

MP: Your local readers will better understand the scenes set in the BWCA. Were you trying to make a political statement here?

PG: The Boundary Waters is a place I love and treasure above all others. It is different from all other wilderness areas. People think of the western parks as wild, but when you see pictures people are taking of bison at Yellowstone, you also see a line of hundreds of cars behind them. In the BWCA, it’s just you and your crew and the wild. I will absolutely make a statement on behalf of preserving that. It is a place like no other and must be saved at all costs. I do have sympathy for people who want to live up there and make a living. I get that. It’s complicated. But this is a place that needs to last beyond just us.

Correction: A previous version of this article included an event that is by invitation only.