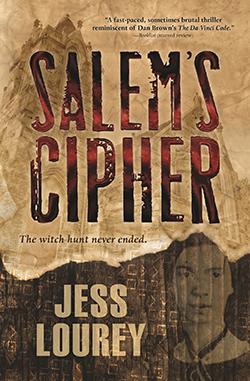 There is a plot to kill the female candidate for president. A shady group of angry men have been planning her demise for, oh, about three centuries. So, timing isn’t everything; Jess Lourey actually started plotting her new thriller, “Salem’s Cipher,” (Midnight Ink) a couple of years ago, long before the dust settled between Hillary Clinton and Bernie Sanders. She wasn’t even thinking about politics.

“I was actually thinking about how women are treated in online spaces. Whenever a woman achieved any kind of attention for her work in tech or gaming, there was an outraged male response that included death threats, rape threats — just out of proportion and insanely vicious attacks. There was such vitriolic hatred for a woman in a male-dominated sphere,” says Lourey. “I wanted to explore that. It actually wasn’t about Hillary Clinton; I just came up with a character who faced a lot of difficult choices.”

The Minneapolis author and teacher has written many novels for adult and young adult audiences, including the “Murder By Month” series, but “Salem’s Cipher” is her first thriller. The decision to explore that genre also came down to breaking down gender barriers.

“There are many mysteries with female characters, but they tend to fall into the category of ‘cozy mysteries,’ and now, with the success of [Gillian Flynn’s ‘Gone Girl,’] the new category of domestic thrillers. But there are very few true thrillers with female protagonists, despite the fact that women buy the majority of these books. I wanted to write a fast-paced, exciting thriller with strong, complex, intelligent female characters,” said Lourey.

In “Salem’s Cipher,” two friends chase clues written by poet Emily Dickinson, starting at the Minneapolis Institute of Art and racing across the country, hoping the twisted scavenger hunt will save the threatened candidate as well as their mothers, who have been kidnapped by a ruthless murderer. One of the women is a police officer, the other a genius cryptologist, and they can’t quite fathom how they got involved in this tangled mess, which they seem uniquely skilled to decode. No coincidence, it turns out. The book’s rapid pace, psychological twists and pervasive dread are solidly in thriller territory. Nothing cozy in sight. 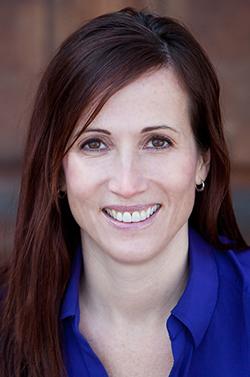 “In my own life, I have some dark chapters, so it wasn’t a huge stretch for me to explore these themes,” says Lourey, who tells her story in a TEDx Talk, filmed in Rapid City, Iowa. “That was a terrifying experience for me. I was so scared that you could see the whites of my eyes, and for a while I thought I was fated to become that lady who almost gave a TED Talk. The night before, I actually woke up crying because I thought I forgot to feed my cat — and I don’t have a cat. That’s how tweaked out I was. But I pushed through that fear to reach a place of peace and clarity,” she says.

That actually sounds like the experience of reading a thriller — a form of induced anxiety that resolves only after a satisfying process of discovery. For Lourey’s characters, however, the end is not the end; there will be two more books in what will be called the Witch Hunt series. Although the first book includes a visit to Salem, Mass., it should be noted that the powers Lourey’s characters possess are strictly intellectual. But the writer admits she was a little bit enchanted by history’s strange and unexplainable chapters.

“I like the idea of the frame on life being a little bit wider than we think it is, with a little moonlight and fireflies around the edges.”