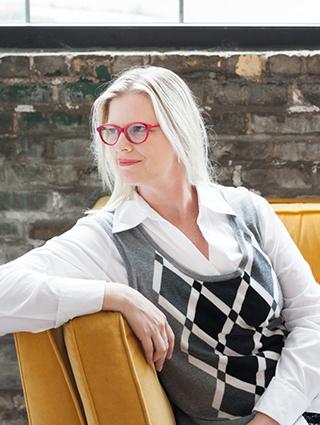 There’s a dichotomy in the way we view rural communities in the United States. Small towns are safe, homey places where everyone is friendly and looks out for one another. Either that, or they are impoverished ghost towns populated by bitter, uneducated people who are waiting for 19th-century jobs to come back. Or is it both? Neither? Stephanie Ash explores the complicated answer in her first novel, “The Annie Year” (The Unnamed Press).

“It is a fact that there is a serious lack of opportunities in most small towns today. If you want a good job and a good life, you have to leave. This is what we teach our rural children: ‘If you were any good, you wouldn’t be here,’ ” says Ash, who grew up in Oelwein, Iowa, a town best known as the setting of the Nick Reding book “Methland.” She moved away, came to the Twin Cities and worked as an editor at Mpls.St. Paul magazine for several years. Today she splits her time between Minneapolis and Mankato, where she lives in an 1880s homesteader’s log cabin outside of town.

“The Annie Year” is a comic tale of small-town life streaked through with rue about the rural experience. Corporations own most of the farms. The town’s civic leadership forms a group known as The Order of the Pessimists. Every now and then a house blows up — more than a dozen in the year the local high school puts on the play “Annie,” in which the girl who plays Ms. Hannigan is, in fact, drunk onstage, not just acting drunk.

“It does happen that homes blow up. Meth is a modern reality of the small-town experience,” said Ash. “It happens that high school kids fall into it, it is part of the backdrop of rural America today. As a plot device, it’s part of the pessimism my characters have. Optimism comes from the sense that things are going to get better. In towns like the one I grew up in, which used to be a railroad hub and then everything pulled out, things probably won’t improve much. It is not statistically the case and it is not my lived experience.”

All pessimism aside, this is actually a very funny book. In the face of poor statistics, what else can you do but laugh? Ash honed her sense of comedy by doing readings in bars, as well as other standup experiences, including Electric Arc Radio and PowderKeg Live!, variety shows that mixed literature with music and put the pressure on to please a live audience. 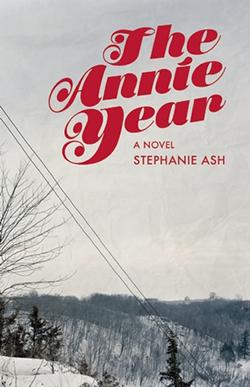 Ash’s novel centers on a smart-mouthed, clear-eyed woman named Tandy Caide. (Ash named her after the “Tandy” chapter in Sherwood Anderson’s classic account of small-town personalities, “Winesburg, Ohio.” It is a name that cannot be taken entirely seriously.) Tandy is a small-town girl who didn’t move away, but did become the town’s CPA, which makes her both a small-town success story and a little pathetic. She has a clear-eyed view of her situation. She’s not particularly happy. She is amused by her fellow townspeople. She can’t leave, but during the Annie year, Tandy gets sucked into a serious of misadventures that force her to understand why she stayed and what life could be life beyond the known borders of her life. It could be so much better. Or maybe not at all.

“I have written this book from the perspective of someone inside a small rural town looking out; but I could only do it the way I have because I’ve been living outside of it for almost 20 years,” said Ash, who wrote the book over a period of more than a decade, and would not give up on it. “I’d never encountered a character like Tandy before. I decided she needed to be heard.”