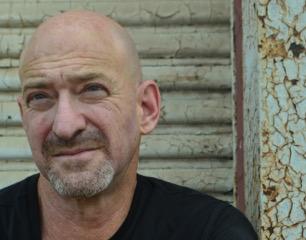 Distraction is the enemy of every writer. Other people, other work and the constant, horrible noise of the internet conspire against the necessary quieting of the mind. Yes, it’s hard to look away when the world is on fire. But you’re never going to write your book if you keep constant vigil on the latest cat videos and Cabinet appointments. That’s why spots at writing retreats — a shack in the woods, by any other name  — are as sought-after as Hatchimals and “Hamilton” tickets.

When Marc Nieson arrived at the University of Iowa’s famous Writer’s Workshop in the early 1990s, he created his own retreat. He attended classes taught by star writers including Frank Conroy and James Alan McPherson, but it was a rented schoolhouse-turned-apartment surrounded by 500 acres of woodland and pasture that had a profound impact on his writing.

“It was a Waldenesque retreat, a place to be quiet and listen to my head and learn how to write,” said Nieson, who grew up fully distracted in New York City. He was also fleeing a particular distraction: A stalled-out relationship with a woman whose children were nearly his own age. His memoir, “School House: Lessons on Love and Landscape” (Ice Cube Press), is a coming-of-age tale in which personal growth is achieved largely by retreating from the world.

“It is always good to be in a different space, away from distraction. But that landscape was extraordinary in the way it helped me do my work. Not just the work I was doing for my classes, but the physical, emotional and spiritual work I needed to do in order to understand my inner landscape. By living a contemplative life, I was able to understand and appreciate what it means to be connected,” said Nieson.

At the beginning of his tenure at the schoolhouse, Nieson is content to keep his family, romance and classmates at a distance. As the seasons pass, however, he learns to connect with his rural neighbors and his instructors and classmates in the writing program, who find his seclusion so concerning that they provide him with a high-tech device — a telephone answering machine. The distractions find him, change him, and ultimately draw him back into the world. 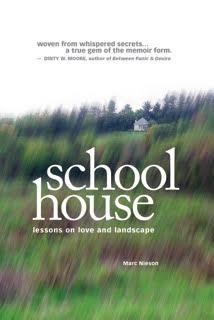 After Iowa, Nieson spent a decade in the Twin Cities, teaching at the University of Minnesota and the Loft, while living and working on a farm in Hastings. His stories have been published widely, and he’s written three screenplays. He’s currently at work on a novel called “Houdini’s Heirs,” and he teaches at Chatham University and at the Iowa Summer Writing Festival.

“Today, it’s nearly impossible to get away from distractions, but in the early ‘90s, it could be done,” he said. “Although, there is a certain kind of distraction that comes from solitude. There is also a danger to being disconnected. For instance, when you are solely focused on your own belly button, and unaware of what is happening in the larger world, you can’t offer anything to the world. You also give license to the government to be unaccountable. We have a duty to pay attention. The land around the school place kept me grounded. It enabled me to become a full citizen. It enabled me to grow up and learn how to have real, deep relationships with other people. There’s a romance to that Walden thing, but also real loneliness.”

Each summer, when Nieson is in Iowa to teach, he walks the acres he used to call home. It is largely the same, but the schoolhouse itself is gone.

“Buildings die, just like people die. So I can’t fully go back. And I don’t want to. Although I look back very fondly on those days, I scarcely recognized the person I was back then. But the land is the same, and I remember it in my mind and my body. A lot of my biological clock is based on my time in the woods. It is a place that helped make me.”

The Midwestern landscape made Marc Nieson a writer