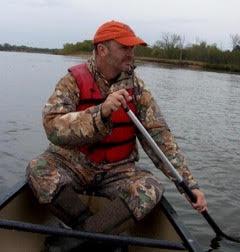 When Mark Neuzil was 10 years old, his family moved to that rarest of Iowa properties, a home on a lake. Next, they properly accessorized it. “My dad saw a fiberglass canoe in the ’60s when they first came out, and said, ‘I think we need one.’ He’s kind of an early adaptor kind of guy. So I learned to paddle in a pretty nice canoe, for those days.”

Thus began a lifelong appreciation of canoes and the places they go, from Iowa to the BWCA to 10,000 years back in history. Neuzil, a former reporter and current professor of journalism and communications at the University of St. Thomas, has owned a rotating fleet of vessels in the full spectrum of materials. The latest is one he built by hand in his garage. When he discovered a kindred spirit in Norman Sims, the author of numerous books about literary journalism and paddler of Eastern waterways, a canoe book was born.

In “Canoes: A Natural History in North America” (University of Minnesota Press), Neuzil and Sims follow the development of the canoe from its early dugout and birch bark construction to high-tech models that make his dad’s newfangled fiberglass boat look quaint. The authors visited a birch bark canoe maker in northern Minnesota, a dugout canoe maker in Dominica and modern-day manufacturers, including an L.L. Bean canoe maker in Maine.

“Really, only the materials have changed,” he said. “You can’t improve on the design of the canoe. Today’s canoes are a testimony to the genius of this old, very successful Native design. They got it right the first time.”

The book also explores the humble canoe’s outsized role in exploration, economic development, politics and popular culture. Minnesota comes into focus here, with a close look at the voyageurs, who used Native boat technology to explore and monetize the new world. As resources dwindled, the canoe also became part of the conservation movement.

“In the ’50s and ’60s, there was a renewed appreciation of hunting, fishing, paddling, hiking and backpacking, and canoes facilitated that. With the consumptive sports, people were interested in making sure they had a place to go fishing, so they worked to protect wild places. Today, you have that arm still, but people are also becoming interested in the outdoors from a biology or science perspective, as well as political, legal — even spiritual, the whole ‘nature is a church’ thing. The canoe is part of all of these activities, and more.” 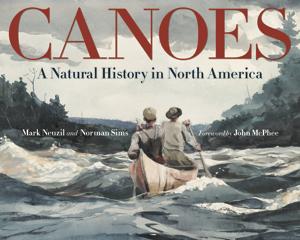 Canoes also facilitated social activities. The book covers the “canoedling” craze, which swept the nation in the early 1900s as young people used canoes to socialize — with some privacy. Between 1901 and 1912, the number of permits issued to store canoes at lakeside docks in Minneapolis increased from 200 to 1,200 and municipalities across the country issued fines for drinking, gambling and kissing in canoes. (And sometimes, “kissing.”) “In the era just before the automobile, canoes were just about the only way a young couple could get some privacy,” Neuzil said.

The book includes more than 300 images and features a foreward by Pulitzer Prize-winning author John McPhee, who famously took then-Gov. Jimmy Carter canoeing in Georgia. Neuzil calls him “the best canoe writer alive.” McPhee said he’d consider writing the foreward, but he had to read the book first. “He didn’t want to put his name on just anything. He had to see what we would do.” McPhee is 85. That put a little pressure on the authors, who finished the book within six years. Apparently, they did OK. 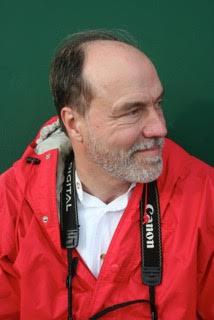 “He’s delighted with it. I got a card from him the other day, and he said, ‘This might be my last odyssey with a canoe, and if so, I’m really happy with it,’” said Neuzil, who also commissioned original maps and oil paintings for the book, and conferred with canoe collectors, clubs and associations, and folk schools to make sure the book captured the essential stories of a canoe culture that is in some places going away. “I had to look long and hard to find birch bark canoe makers. There aren’t a lot of 18- to 22-year-olds taking that up,” he notes.

Even so, enthusiasm for canoes remains high.

“More than 10,000 new canoes are sold every year,” Neuzil said. “Kids still grow up paddling them at camp or at the cabin. Kayaking is currently more popular, because there are so many cheap, easy-to-paddle kayaks out there today. But some people who get into kayaks will eventually migrate over to canoes. They are just better for hauling things and people. They are better for taking a trip — try portaging a kayak; it’s really hard. Canoes have been with us for five to ten thousand years and they aren’t going away.”

10,000 years of canoe history captured in one book