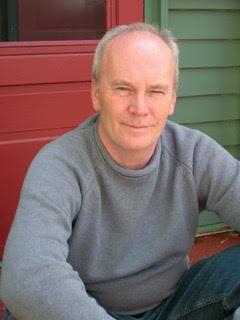 Ted Roosevelt Jr. has been nearly forgotten. Perhaps the public consciousness has room for a limited number of Roosevelts, and President Theodore Roosevelt, his cousin President Franklin D. Roosevelt, and First Lady Eleanor Roosevelt dominate that category. However, Ted, the eldest son of Theodore, is more than a footnote in history, says St. Paul writer Tim Brady.

In his latest book, “His Father’s Son: The Life of General Ted Roosevelt Jr.” (Penguin), Brady describes an adventuresome, fun-loving and deeply principled man who moved out from his father’s shadow to contribute to his country through public and military service. Brig. Gen. Ted Roosevelt Jr. served in both World War I and II, and is best remembered for his heroic charge onto Utah Beach in Normandy on D-Day. The only general to land with the first wave of troops, Roosevelt was 56 years old, in poor health, and used a walking stick, yet he led — not followed — his troops into battle. He suffered a fatal heart attack a month later, and was posthumously awarded the Medal of Honor.

Brady is a longtime contributor to Minnesota Monthly and Minnesota Alumni, and is the author of “Twelve Desperate Miles” and “A Death in San Pietro.” He also helped develop the PBS series’ “Liberty! The American Revolution” and “Minnesota, History of the Land.”

MinnPost: Why did you find Ted Roosevelt Jr. such a compelling character?

Tim Brady: I first encountered Ted in Rick Atkinson’s World War II Liberation Trilogy. He was this little guy, wandering around spouting poetry, and he was adored by his troops. I found an anecdote about a banana boat that had been drafted into service, and knew it was the terrific nugget of a story.

MP: Military history has an especially passionate and informed readership. Do you find it challenging to write for this audience?

TB:  Yes, and I was unprepared for that aspect of the work. Years ago, I did a reading at Fort Snelling that was attended by more than 200 military history enthusiasts, and I quickly realized how important this genre is to many readers. Now I issue a disclaimer: I am not a historian. I come to this as a writer first. That means I’m not always going to provide the deep level of nuts-and-bolts detail some people really love. I’m looking for a narrative.

MP: But your work is heavily researched.

TB: It is. I was a history major in college, and my mother was a social studies teacher. When I write about figures from the past, I think about what it must have been like to walk in those shoes. But I don’t go outside the bounds of my knowledge. People understand that I am telling a story. I focus on character and events, but I don’t get hung up on military details, which are very complex. I’m not going to get into the minutia of specific battalions and regiments and military movements. I emphasize the narrative aspects of the story. 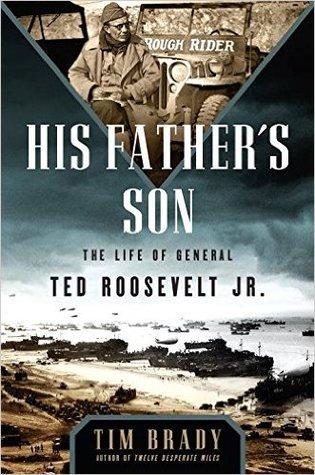 MP: This book reaches into every aspect of his life and family. Where did your research take you?

TB: I’d read quite a bit about the Roosevelt family. “River of Doubt” by Candice Millard is excellent. Ted’s papers are at the Library of Congress, and I spent a couple of weeks in Washington reading his letters. I zipped up to Long Island to see Oyster Bay. Theodore’s letters are online, and Dickinson State in North Dakota has his archives. No one has really delved into Ted’s letters, and he was a good writer. His letters home to Eleanor during World War II are particularly interesting.

MP: Ted almost became a Minnesotan, too, you write.

TB: Yes! I don’t know how serious he was about that, though. He was a young man looking for a path. He was not a great student, he was looking for direction, and Theodore had connections “out west” — as Minnesota was then considered — with some of the Iron Range families. So Ted came out for a couple weeks and liked it, and almost went into the mining business.

MP: What do you want readers to come away understanding about Ted Jr.?

TB: He was the son of a man whose face is carved in stone in the Black Hills. The burden that this brings is — no pun intended — monumental. And yet he did well. If you compare his life to that of his siblings or the other children of presidents, he led an admirable life. It’s very hard to live your life free of comparison under those very unusual circumstances. I don’t think he ever separated himself from his parents’ legacy, but he eventually gave up trying to be his father and distinguished himself in his own way.

MP: Do you see any lessons in Ted’s story for contemporary children of presidents?

TB: I’m a great admirer of our previous president, rather than the current president. I think that Barack Obama’s children have a great challenge ahead of them. How can they match the elegance, grace and accomplishments of their father? It’s not even fair to raise those points.

TB: I think his legacy is a pretty quiet one. Within the military history community, he’s recognized for that moment when he gets off the boat on Utah Beach. Even so, I don’t romanticize war. War is hell at anytime, in any place. It is bloody and miserable, and even though Ted is remembered for his actions in wartime, it’s not the whole of his persona or legacy. I think a better one is that he lived his life in a way that was his own.