Oh, what a burden is fame. After he created the clever detective Sherlock Holmes, Sir Arthur Conan Doyle tired of the spotlight, the fans, the relentless demand for more and more stories, and even the character. He wanted to write serious books. So he decided to do to Holmes what he’d done to so many minor characters: kill him — “but I hold that it was not murder, but justifiable homicide in self-defense, since, if I had not killed him, he would certainly have killed me,” Doyle wrote in his autobiography. 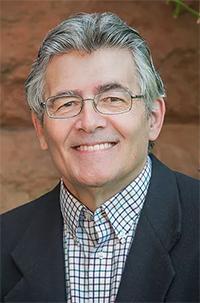 St. Paul writer Larry Millett is in the opposite position. After establishing himself as the Twin Cities’ leading writer of serious books about architecture, including the 1992 classic accounting of our most noteworthy vanished buildings “Lost Twin Cities” and the recent “Heart of St. Paul: A History of the Pioneer and Endicott Buildings,” Millett picked up the famous detective’s trail and followed it to Minnesota.

“There are literally thousands of Sherlock Holmes pastiches out there, because people never tire of him. I liked the idea of taking Holmes out of his normal element, and Minnesota seems to have its share of mysteries, so why not?’ said Millett, who was working at the Pioneer Press at a time when several of his colleagues, including John Camp, aka John Sandford, had struck gold with mystery writing.

From the Hinckley Fire to the Winter Palace

In Millett’s books, Holmes gets caught up in the Hinckley Fire of 1847, investigates a murder at the 1896 St. Paul Winter Carnival Ice Palace, takes a crack at the Kensington Rune Stone, and teams up with Millett’s own creation, Minnesota detective Shadwell Rafferty. Millett has done well with Holmes, and has cultivated a loyal following of readers. “At my local liquor establishment, the clerk asked me if Holmes was still alive,” said Millett. Yet his seventh mystery book, “Sherlock Holmes and the Eisendorf Enigma” (University of Minnesota Press), opens with a visit to the Mayo Clinic in Rochester, where Dr. Henry Plummer hands down a dire diagnosis. Is Millett, too, trying to kill off Holmes?

“No, no. I just wanted to create a more humanized Holmes. He’s getting older, as we all do. He maybe needs to lean on others a bit more, but he hasn’t lost his detective skills,” says Millett, who wanted to get the detective to the young city of Rochester, where he makes an incognito visit. Well, not so much. A note is slipped under his hotel room door, and Holmes is drawn to a decaying town that began as a utopian experiment for German immigrants. (It’s not New Ulm — “Well, maybe just a little bit,” says Millett.) Here, in this creepy village ruled by a cuckoo clock, Holmes investigates a series of murders that may have begun in Munich with a mastermind who eluded him more than 20 years earlier.

“I don’t see myself tiring of Holmes any time soon. I think I have a few more mystery books in me,” said Millett. As for architecture writing, however, Millett may have had enough. He is currently researching a book about the Metropolitan Building, which figured prominently in “Lost Twin Cities” and the PBS documentary series based on that book.

May be his last architecture book 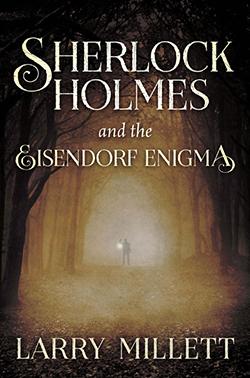 “I think this will be my last architecture book. That building was pretty much the star of ‘Lost Twin Cities,’ and since I started with it, I may as well end with it,” he said. Millett, who grew up in North Minneapolis, toured the Met with his father when he was a boy. “It was the most photographed building in Minnesota, and my dad wanted me to see it before it was gone. It was spectacular. People were just pouring into it and gawking. It was amazing how much public sentiment there was for that building. People still get emotional about it.

“There’s a story to be told about that building, with lots of drama and some real mystery. It was built by a crook. It had such a strange, interesting design. The architect died a couple years after it was built. And then it was caught in a maze of bureaucracy. People tried very hard to save it, and it took years to demolish. It’s still a little bit of a mystery to me why they had to tear it down, to be honest. Maybe I should put Holmes on the case.”