One of the treats of this political season has been The Uptake’s live video feeds; the scrappy citizen journalism site has been everywhere from the protestor-filled streets of St. Paul to ’08 campaign events to recount-related press conferences. The unedited real-time web broadcasts have provided junkies, journalists and others with an unmediated view a few beat reporters usually see. 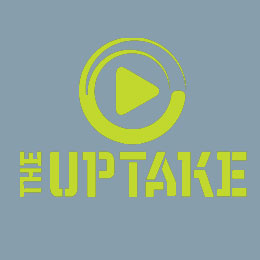 That accomplishment hasn’t stopped Norm Coleman’s campaign from high-handedly denying Uptake reporters access to campaign-headquarters press conferences. (The Uptake gets funding from progressive groups, but again, its live feeds have been more C-Span than MoveOn.)

Coleman’s fear has left the high road to the Franken campaign, which has been unafraid to let The Uptake — and the world — witness political back-and-forth as it happens.

“We asked them why, and they gave us some legalese that didn’t make sense,” he said. “We did ask if that policy applied acrosss the board to all media organizations, and they said it did, so we aren’t being singled out.”

I tried to coax an explanation out of the campaign, but spent most of Tuesday hearing, “We’ll get back to you if we have anything to say.”

Barnett and I are left with speculation; his is that Frankenistas didn’t want to give away a strategic advantage.

“I think they think Norm’s people can watch the [Franken] livestream and come up with a rapid response, but they can’t do the same because Coleman blocks us. If so, that’s the height of paranoia.”

Barnett stresses that he has not agreed to Franken’s liveban. For now, the matter has been sidestepped because The Uptake can’t always get sufficient bandwidth to stream on-location video, and which has been a problem this week. (That difficulty is not caused by Franken’s camp, by the way.)

The next time The Uptake gets five bars, they could have some interesting video. For Franken’s sake, I hope it’s not as pathetic as this sorry Coleman effort.

To be clear: Coleman total blockade of journalists from The Uptake (and Minnesota Independent) is outrageous, and worse than anything Franken is now doing. Still, it’s a simply a joke that the Franken campaign holds a press conference and tries to restrict the press from broadcasting what’s said.