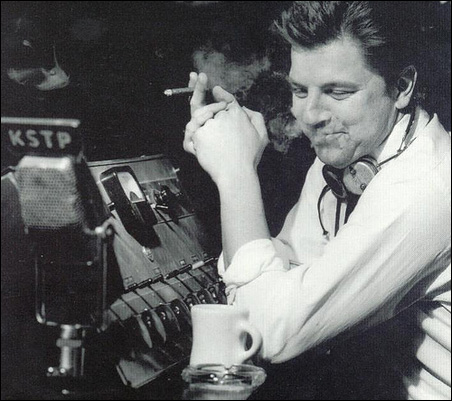 Photo by Michael Crouser/Courtesy of The Atlantic
T.D. Mischke

Since Hubbard Broadcasting fired him two weeks ago, former AM1500 radio host T.D. Mischke has laid low, save for polite but vague quotes to reporters, a heartfelt but vague goodbye on the station’s website and a fun but vague video with sponsor/pal Mark Moeller.

Now, Mischke is ready to get specific about why he was fired, so friends, fans and media-watchers will no longer wonder what happened.

In Part Two, he assesses radio’s future and his own.

As I’ve written previously, I was briefly Tommy’s KSTP colleague in the mid-‘90s and consider him a pal, even if we haven’t shared a meal or a bump in many years. Also, we did this interview via e-mail, and his answers are unedited.

Q: What reason did management give you for firing you?

A: On the day I was fired, I was handed a transcript of a conversation I had with my producer two weeks earlier. I remembered the conversation. I had been curious to know where the jingle for [Hubbard-owned] Channel 45 had come from. It’s the little sing-song way they say “45.”

I wanted to know who came up with it, how many other ways they thought to sing it, what talent they hired to deliver the jingle and how many different takes there were. I suppose I just wanted to learn the backstory behind a modern corporate jingle.

I asked my producer to call them and ask them, knowing full well these are fellow Hubbard employees. My producer refused. I think he was just tired of me having him do various things while he was busy trying to answer the phone.

So I picked up the phone and called them myself, on the air. I phoned downstairs, a receptionist answered, and I asked to speak to someone at Channel 45. She said, “Just a minute” and put me on hold. I then put the entire call on hold and asked my producer if he’d now please speak to them off the air so as to get a sense of where that jingle came from.

That’s what I was fired for. Making that call to the receptionist without getting her permission.

Q: Isn’t such a call an FCC violation?

A: They told me it was indeed an FCC violation.

Q: Had you ever done anything like that before? Listeners say you made similar live calls all the time.

Q: Did they tell you why this one was the tipping point, given you’d done this before?

A: No. They said nothing more than, “We’re going to have to let you go, and because you’re being fired with cause there’s no severance, nor will we be paying out your contract.”

Then they said, “Sorry it has to end this way.”

Q: Did you have a non-compete, and are they enforcing it?

A: Under the rules of my contract, I’m not allowed to talk about anything written in that contract.

Q: I’ve also heard something about McDonald’s. Was that a factor in your firing?

A: If you heard that, you must have some inside sources in the KSTP sales department. [Author’s note: I’m not revealing my sources, but it wasn’t Mischke.]

What you’re addressing here is a separate story. I had read a news account at cnn.com having to do with the McDonalds Corporation wooing American moms by taking them to their headquarters and having them examine the nutritional quality of their food.

It was part of an ad campaign whereby McDonald’s personnel would be filmed telling American moms such things as how high in potassium French fries were and how other items, once thought to be unhealthy, were in fact good for children.

Well, I had a field day on the air mocking this entire approach to marketing, and only later learned that McDonalds was in the midst of behind scenes negotiations aimed at sponsoring a KSTP/Minnesota Twins promotion for 2009.

Franchise holders were listening to that particular show and became enraged. Suddenly, this advertising agreement with KSTP was threatened. McDonald’s had never before advertised with us, and our demographic is not normally viewed as their target audience, but, as my boss said to me, I had “unintentionally stepped on a land mine.”

Q: This was not brought up as a reason when you were fired, correct?

A: No, that was never brought up.

Mischke speaks: Why I was fired