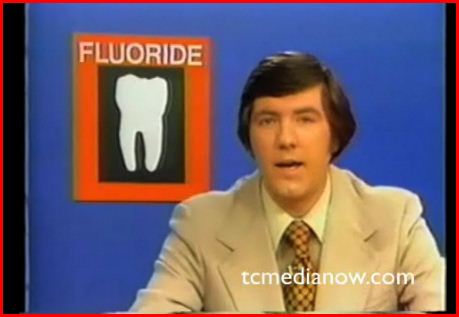 If you’re a Twin Citian of a certain age — or just a broadcast history buff — you have to check out this 32-year-old KSTP newscast, courtesy of tcmedianow.com.

There is so much to love — a young Stan Turner’s helmet hair, the still-supercool KSTP telegraph theme, the absurdly primitive graphics, and a Country Kitchen ad that practically oozes cholesterol through the screen.

But also there’s a reminder of life before bleeds-it-leads. What was then a top-rated newscast (yes, KSTP was once Number One) looked more like the PBS NewsHour today, spending the first several minutes on legislative policy. A state bill to impose “minimum energy efficiency standards for room air conditioners” was controversial. Small car sales were plunging post-energy crisis (as it turned out, this would be a calm before a second storm). Gas was around 60 cents.

A handgun law would impose a 14-day waiting period. Brainerd was still holding out against fluoride. A janitor who cracked up when a robber demanded money got his middle finger shot off. Richfield’s bold yet turgidly filmed move to end nude dancing in bars. The ’77 Plymouth Arrow (39 mpg highway) for 3200 bucks.

It’s all there, waiting to be rediscovered.