Hadn’t planned on writing about Rainbow Foods’ Black History Month ad again, but the controversy (such as it is) is now getting some national attention. 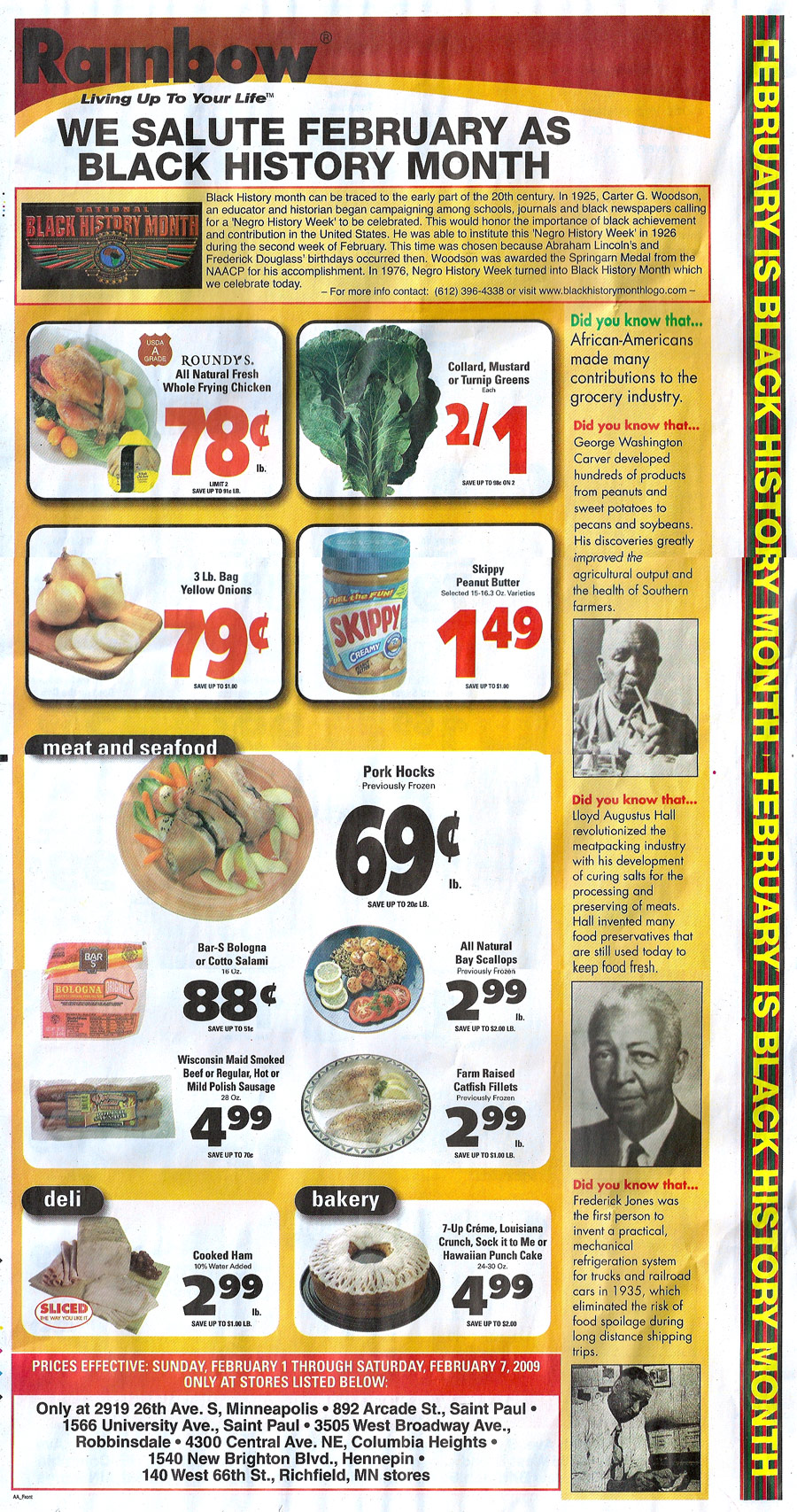 Gawker featured the brouhaha this morning, with typically snide suggestions for other cultural “months,” and typically pithy comments.

Gawker didn’t link locally (drat!), but they did point back to the BrandFreak site, which warns of woe to those who “glom on to any special occasions that touch on issues of race.”

One of the reasons you don’t see “MLK Day Sale” circulars is because the NAACP is on watch for it. In 1997, the organization complained when Summit Bank in New Jersey advertised a “Dr. Martin Luther King Birthday Celebration CD Sale” (as in “certificate of deposit”).