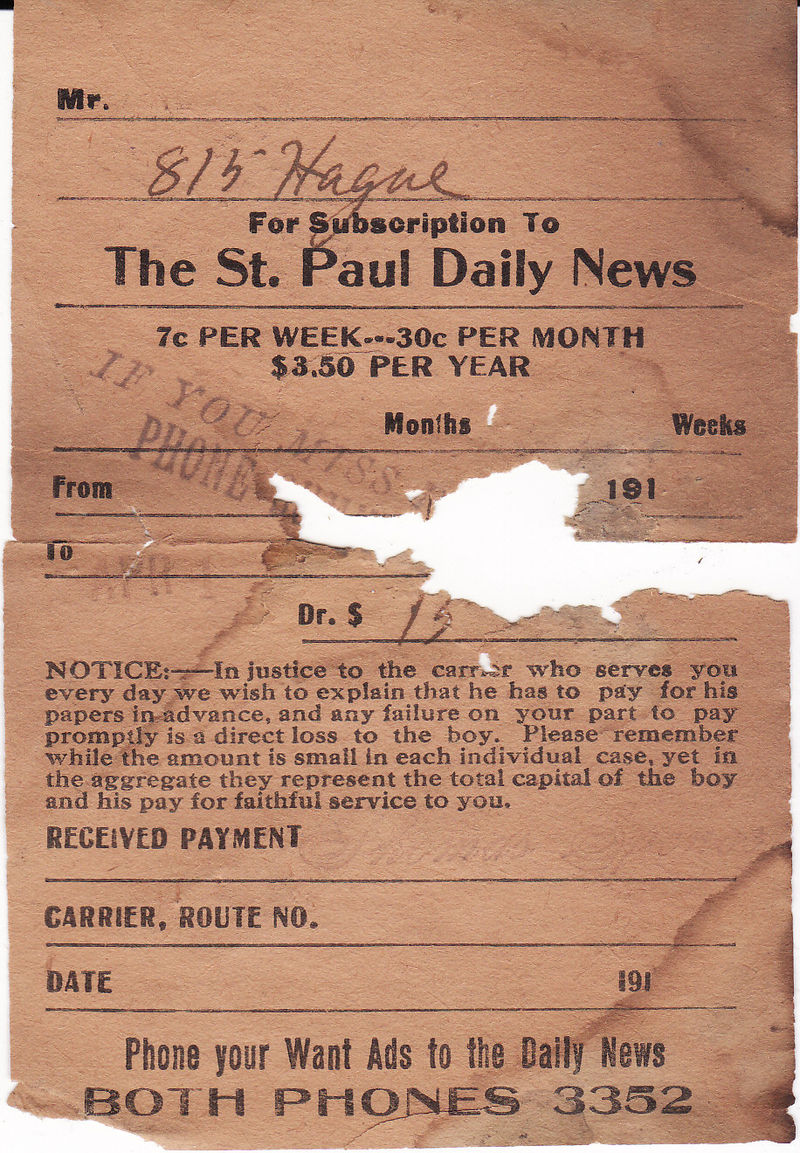 In honor of my boss Joel Kramer’s advocacy of higher-priced newspaper subscriptions in today’s New York Times, I thought I’d bring you this artifact ex-PiPress reporter Bob Ingrassia found while remodeling his house.

Bob notes the St. Paul Daily News’ $3.50 annual rate would translate into 75 bucks today. That’s about what I just paid for a yearly seven-day subscription to the Pioneer Press electronic edition.

By the way, Joel has advocated a high-priced policy for at least a decade; I remember interviewing him for a piece after McClatchy bought the Strib in 1998, and he could barely hide his disdain for their emphasis on quantity over quality. Chasing casual readers was an expensive numbers game, he cautioned, especially if it chased away loyal, targeted readers that advertisers favored.

Found objects: Your subscription is 90 years past due