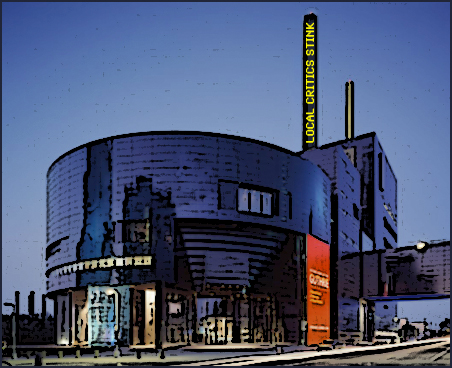 You didn’t think Claude Peck was bitchy only in “Withering Glance,” did you?

The Star Tribune senior arts editor contacted me about 14 seconds after I posted about Guthrie communications director Melodie Bahan’s “Don’t review this,” a rip on the dailies’ theater coverage.

After noting he’d edited said reviews for 11 years, Peck quipped, “She doesn’t like the reviews — and I’m not saying she doesn’t like them because they’re too negative. She thinks they’re dumb, or she’s disdainful of them. It really comes across that she wishes she was a working journalist— and I, of course, am so very glad she is not, after reading her weakly argued piece.”

“Interestingly, Melodie has invited me to come to the Guthrie the week after next to talk to journalists about writing a good review. She invited me to do that. There’s irony there.”

Um, Claude — how about the merits of her argument? Such as, first-night reviews are hasty and formulaic and emphasizing them does little to capture theater’s deeper and most interesting aspects?

“Well, there’s a consumer aspect to the review,” he acknowledged. “People with limited household incomes are looking for consumer advice about whether this is something they should spend their money on. There won’t be a big wellspring of people agreeing with her that we should stop reviewing. None of the papers I see around the country have stopped reviewing.”

(Strib theater writer Graydon Royce emphasized this in a email message: “I have not heard a groundswell from other theaters that we eliminate reviews. In fact, they call all the time, asking us to come see their shows.”)

Peck continued, “We are the largest newspaper in the state, the largest website in the state and 97 percent of people reading that review would not be attending that play. And for those people, we still want them to read that review. They just want to read an intelligent and insightful piece of analytical writing. But one of the things I want to assure readers who may see this piece is that we will not stop reviewing shows at the Guthrie. And we will not stop reviewing shows at the Fringe Festival. We do both. I’ve always insisted we do everything from Bedlam [Theater Company] to Broadway.”

But it seems like one of Bahan’s points is that local reviews, you know, suck.

“That’s going to have to be figured out between our editors, and our writers and our readers,” he said tersely.

Review quality is a rich vein of discussion (and also a hall of mirrors), but specifics are needed if anything will, or should change. Bahan didn’t cite any lame reviews in her piece. But at the same time, she issued a very specific plea for hard-hitting arts journalism with a very specific example: Theatre de la Jeune Lune’s recent demise.

“It takes a long time to build up a debt as large as the one that killed Jeune Lune,” she wrote. “But I can’t recall reading a story about their troubles until 2008, the year they announced they were disbanding.”

Peck sniffed, “You read about it first in our paper. We got the scoop on it. And it was 2007. We reported aggressively on that story, so much so that we earned the long-running emnity of their entire board and professional staff.”

But, I noted, Bahan says the tale had been around for years, and you should’ve known sooner.

“I can’t dissect exactly the year we should have,” he replied. “But when we get wind of things, it takes up awhile to develop on-the-record sources. We may hear a rumor through the grapevine, but [a story doesn’t run] until we can get someone from the theater or the board of directors to sit down and go on the record with us. That’s an exceedingly difficult prospect at times.”

He paused, somewhat dramatically: “Very difficult, for example, in the case of the Guthrie, which has had a long reputation of giving the barest minimum of cooperation for our newsgathering efforts.” 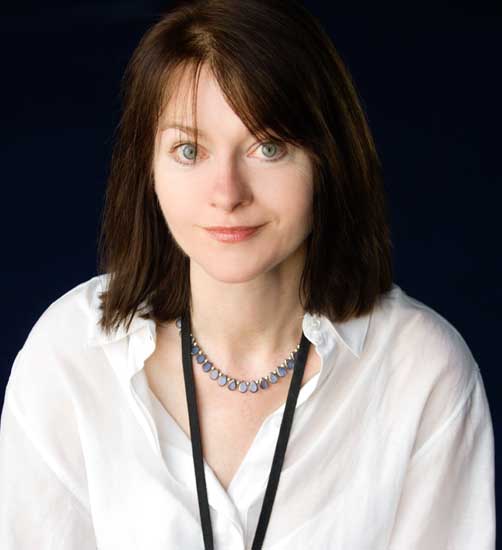 By this point, I realized this had become a February Festivus — a full-scale airing of grievances. Bahan had exorcised some demons about writers, and Peck was now unloading on subjects: If they plead for tougher journalism, they best not be hypocrites when their own phone rings.

“We recently did a story on Guthrie director Joe Dowling’s salary,” Peck said. “Melodie made it clear to me in a conference before the story ran that she and the Guthrie would officially participate in no way whatsoever, be of any help with any numbers for that story.”

He added, “I told her I didn’t blame her, and we would try to newsgather in any way we can. And fortunately, we found board members willing to speak on the record.”

After the piece ran, he says she wrote him an email “comparing that story to a Molotov Cocktail tossed into an already fearful community. And yet we did see the news value in that story: Dowling was making more than any New York not-for-profit theater director or any regional director — even discounting a one-time $100,000 bonus, he was at the top of the heap nationally. As the economy was heading into the shitter, we felt that was some news we wanted to write about.”

(Royce again: “Arts organizations are not always eager to talk about what goes on behind the scenes. That is not criticism. It is a stone-cold fact.”)

At the same time Bahan offered up Jeune Lune, she complained that “the very sporadic stories that do get reported are disproportionately about money — or the lack thereof — and therefore focus on only the large theaters.”

Given the Dowling piece, Bahan’s critics point to this an example of axe-grinding, but I asked Peck to give me examples of in-depth writing about something other than cash. He cited two off the top of his head:

“We use multimedia as a platform, we did a wonderful video of Bain Boehlke, his life as an actor and this play about an older actor. Intercut scenes from play with an interview with Bain. It was a very beautiful, and sensitive and deep profile. We just did a lengthy package on another actor, James A. Williams, another long life in the theater. Really interesting life, and he’s become one of the national experts doing August Wilson plays.”

Bahan did give credit to the Strib for keeping two theater writers — sort of mindboggling when you consider all the other places the paper has cut. Peck said he appreciated her noting that, and credited management for retaining a commitment to this local arts beat.

“In the last 10 years, there have been between 70 and 100 people with some kind of 501c3 status going,” he noted. “It’s a lot of small theaters, but we also have an active commercial and touring scene, the Chanhassen, suburban theaters.”

Nevertheless, he was still simmering as things wound down, so I couldn’t resist jerking his chain a bit. We should now expect an escalating vendetta between the Strib and the Guthrie, right?

“Not at all,” Peck said cheerily. “I’m very much looking forward to their Kushner Festival. I went to see him speak in Hopkins last Friday, and I can’t wait to see his new play, and I can’t wait to see his musical again, which I loved in New York. We want to really cover it. We want to cover it in depth. Of course, there are questions of access, or cooperation, getting into rehearsals …”

I could practically see his devilish look at the other end of the line.