Political pollsters and market researchers have been bedeviled by the growing number of cell-phone-only users in recent years. The big reason: they can’t find their landline-less quarry through “random digit dialing,” which is illegal for cell phones.

That’s great if you own one, but means researchers have to work harder (and spend more dough) to include those who have “cut the cord.” And they can’t ignore this population, which by the end of 2008 made up 18.7 percent of adults — up from 6.7 percent in 2005.

Among those grappling with the situation is Arbitron, which does the radio ratings and Personal People Meters I wrote about yesterday.

Battered by accusations that poor cell phone samples undercount minorities, Arbitron refined their sampling procedures earlier this year. Today, claiming to be “the first market researcher to track market-level cell-phone-only penetration,” Arbitron released an interesting graphic on where the “hot zones” are: 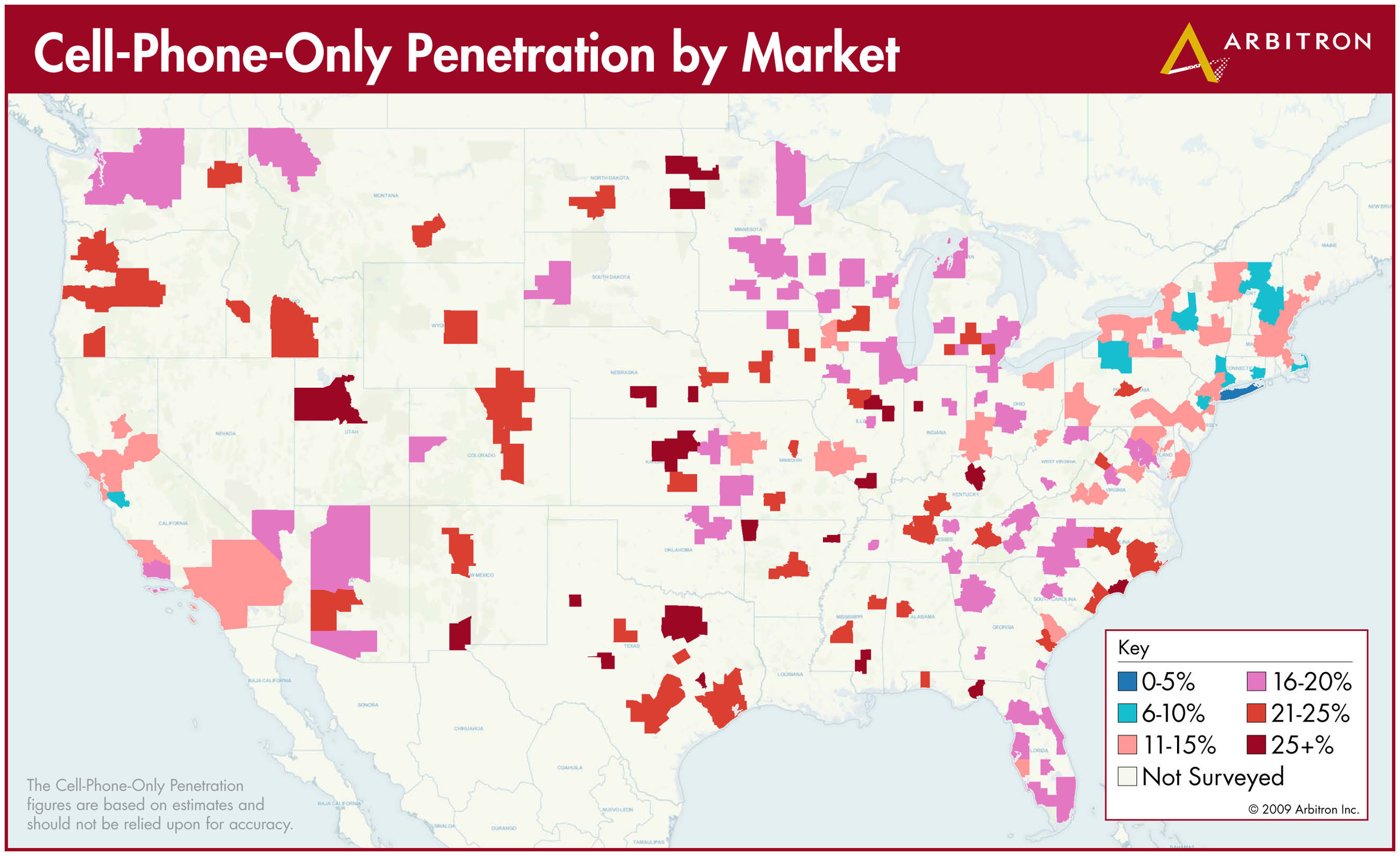 As you can see, a pinkish Minneapolis-St. Paul, Rochester, Duluth and (I think) Mankato are in the 16-20 percent range … roughly national average.

Where it gets cell-crazy is near the North Dakota border: Fargo-Moorhead and Grand Forks — both at 25 percent-plus, the top range among the 151 markets surveyed.

According to Arbitron, the top cell-only market is Bryan-College Station, Texas (38 percent), which reflects a high percentage of college students. College Station is home to Texas A&M.