File this under “froth” (a lot of that in the last 24 hours), but the Star Tribune plans to switch from USA Today’s “Weekend” magazine to the venerable “Parade” in Sunday newspapers beginning Sept. 20. The deal would also end distribution of USA Today’s mid-week inserts. 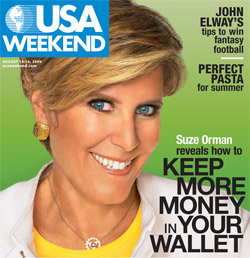 The final decision is up to Bankruptcy Judge Robert Drain, who must approve the Strib’s request to break its USA Today contract. The Strib wants to end the deal Monday, Sept. 14, and Gannett (which publishes the USA mags), has until Aug. 28 to object.

As with its various leases, labor deals and vendor contracts, the Strib argues it needs to renege to keep the operation viable:

Although the Debtors derive revenue from the distribution of the USA Weekend magazine and the Mid-week Magazines, the Debtors have determined that they can obtain significantly greater revenue by switching to an alternate provider of a weekend magazine that, in their business and editorial judgment, is a superior product  that would better serve the needs of the Star Tribune readership.

To that end, the Debtors have entered into an agreement (the “PARADE Agreement”) with the publishers of the Sunday newspaper magazine PARADE (“PARADE”), subject to the rejection of the USA Weekend Agreement, to begin distributing PARADE.

I honestly can’t remember the last time I opened the celebrity-heavy product, but it’s one of those things that helps sell Sunday papers (or subsidizes them). So on some small level — though probably less than TV Week — this stuff matters, business-wise.

I have no clue if Parade is a better product, but perhaps fans will speak up in the comments.