No, not that octogenarian. 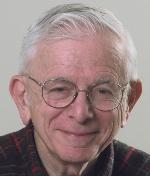 The Star Tribune is using Chapter 11 to sever ties with 87-year-old Lou Gelfand, the paper’s long-time ombudsman who became a twice-monthly business ethics columnist after settling a 2005 age discrimination claim.

The Tuesday filing states Gelfand’s contract runs through December 2010. The paper seeks to end the deal in September, 15 months early, as part of its financial reorganization. A compensation amount is not listed.

The Strib has not published Gelfand’s column in print or online since January. The settlement’s confidentiality clause puts a lid on details. However, Gelfand’s attorney, Megan Brennan, says to her knowledge, her client still completes assignments.

A judge has not yet ruled on the Strib’s request, which Gelfand can challenge. Brennan says her firm is “aware of the filing and we are reviewing it.”

In 2004, when the then-81-year-old Gelfand lost his “If You Ran the Newspaper” column, he had been ombudsman for 23 years. At the time, the Strib quoted Gelfand saying then-editor Anders Gyllenhaal questioned his accuracy.