With a big hat tip to News Cut’s Bob Collins, who first noticed this full-page ad in Sunday’s Pioneer Press, here’s hoping turnabout won’t have to be fair play soon: 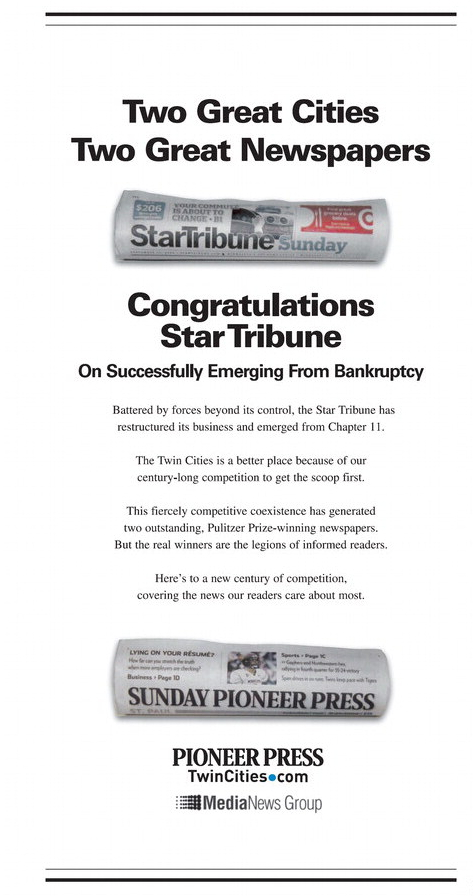 As noted earlier, the Strib and the PiPress have a vendor relationship, with the PiPress delivering east-metro Stribs. As Bob notes, I’ve also speculated on closer cooperation in the coming year.

For a brief time, they also shared a publisher — unintentionally, at least from the PiPress side — which put some big money in MediaNews pockets. (Was that considered a force beyond the Strib’s control?)

Still, it isn’t every day a newspaper takes out a full-page ad to remind us of the virtues of competition, which is a very nice thing indeed.

By the way, it’s been nine years since the PiPress won a Pulitzer, and 19 for the Strib. Amid economic pressures and staff shrinkage, which paper will win another one first? Or will the next local winner be an online-only outlet recently, or yet to be, born?