I’ll have some calls to make tomorrow, but thought I would post the newly released November Arbitron numbers.

These are for the broadest audience measure (ages 6 and over), 6a-midnight, and cover Oct. 15-Nov. 11. (The reason the dates are so goofy is Arbitron has created a 13th “holiday” month to weed out Christmas-season goofiness.)

The big story looks to be KSTP-AM’s post-Twins plunge from a robust 4.5 share in October to just 1.9 in November. That’s AM1500’s lowest share of the Personal People Meter era, just a tenth of a share point above women-talker FM107. KFAN, helped by the Vikings, posted a 3.9, off from 4.8 a “month” earlier, but still higher than recent average.

[Update: KSTP host Matt Thomas just tweeted that he’s leaving for Houston’s KTRH/KBME. His 5:30-8 p.m. sports-oriented show followed Joe Soucheray’s. Just as KSTP is the Twins’ radio home, KTRH is the Houston Astros’ rights-holder. KSTP’s Twins deal ends after the 2010 season and I doubt it will be extended. More on Matt’s deal here.]

All MPR stations (KNOW, The Current, Classical) were down. One reason: the Oct. 22-30 “member drive” was going on during the ratings period. In the past, I’ve been told public-radio numbers slide by 20 percent while employees are pitching.

Anyway, here are the pretty pics — with a new graph I might be trying for the last time!

First, each station’s share. As always, blue is talk format, green is MPR: 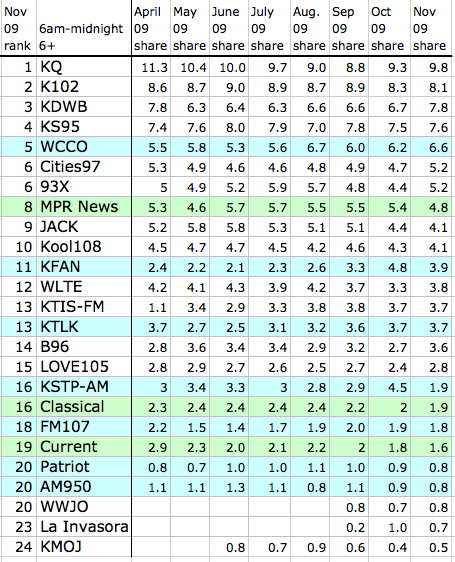 Here are the numbers in graph form, which visualizes station trends, though the low end looks like colorful spaghetti. This one must be read big, so click on the image: 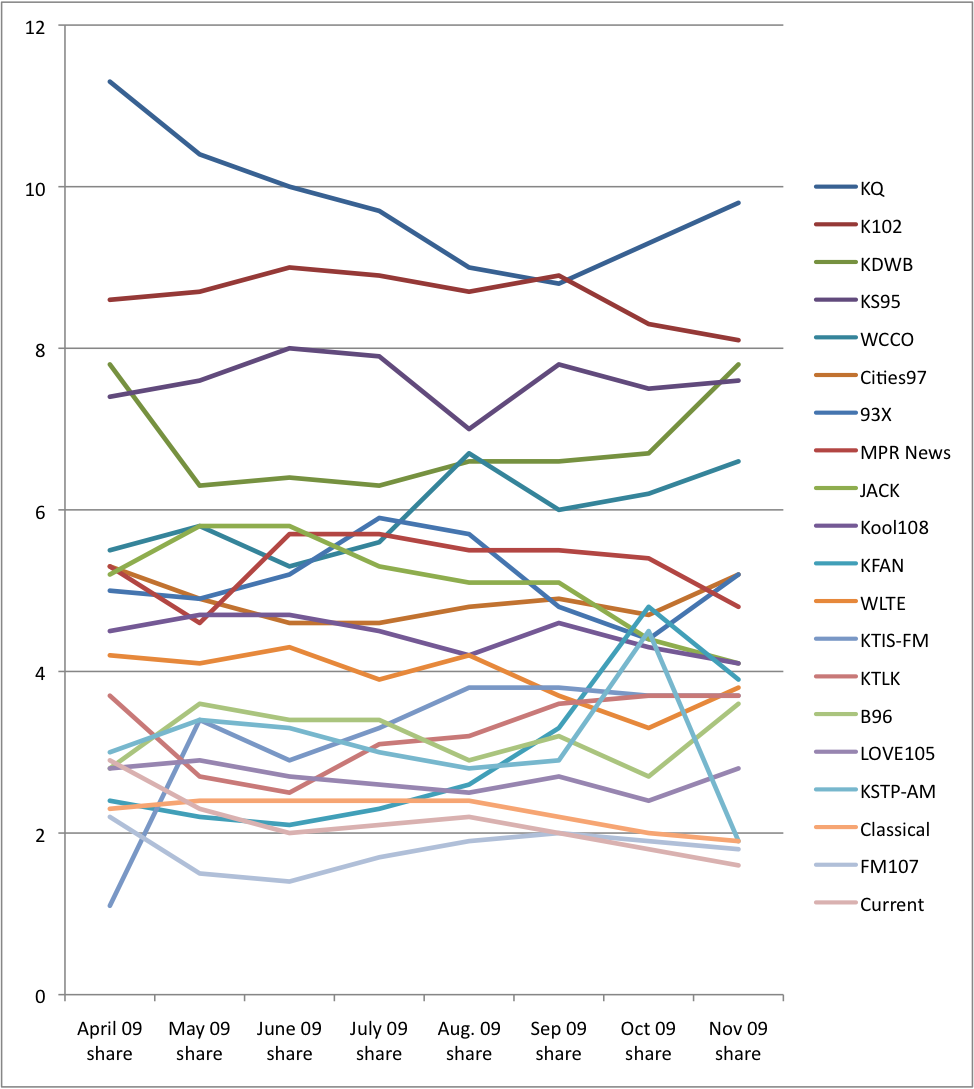 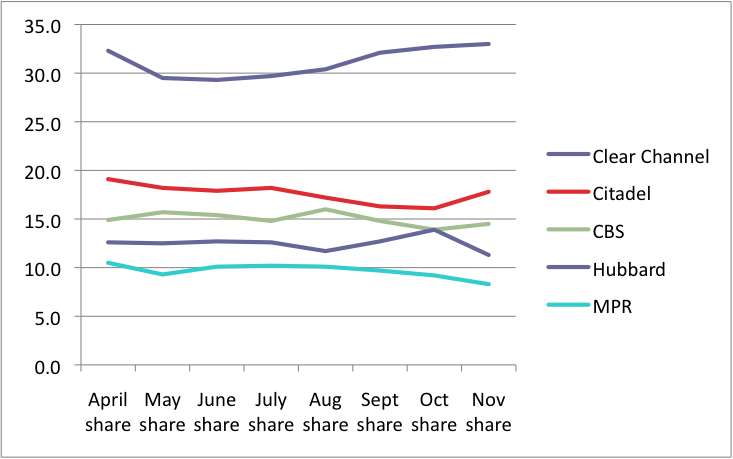