Has the media recession has come to this? Freelance journalists paying $30 to get face time with potential editors? 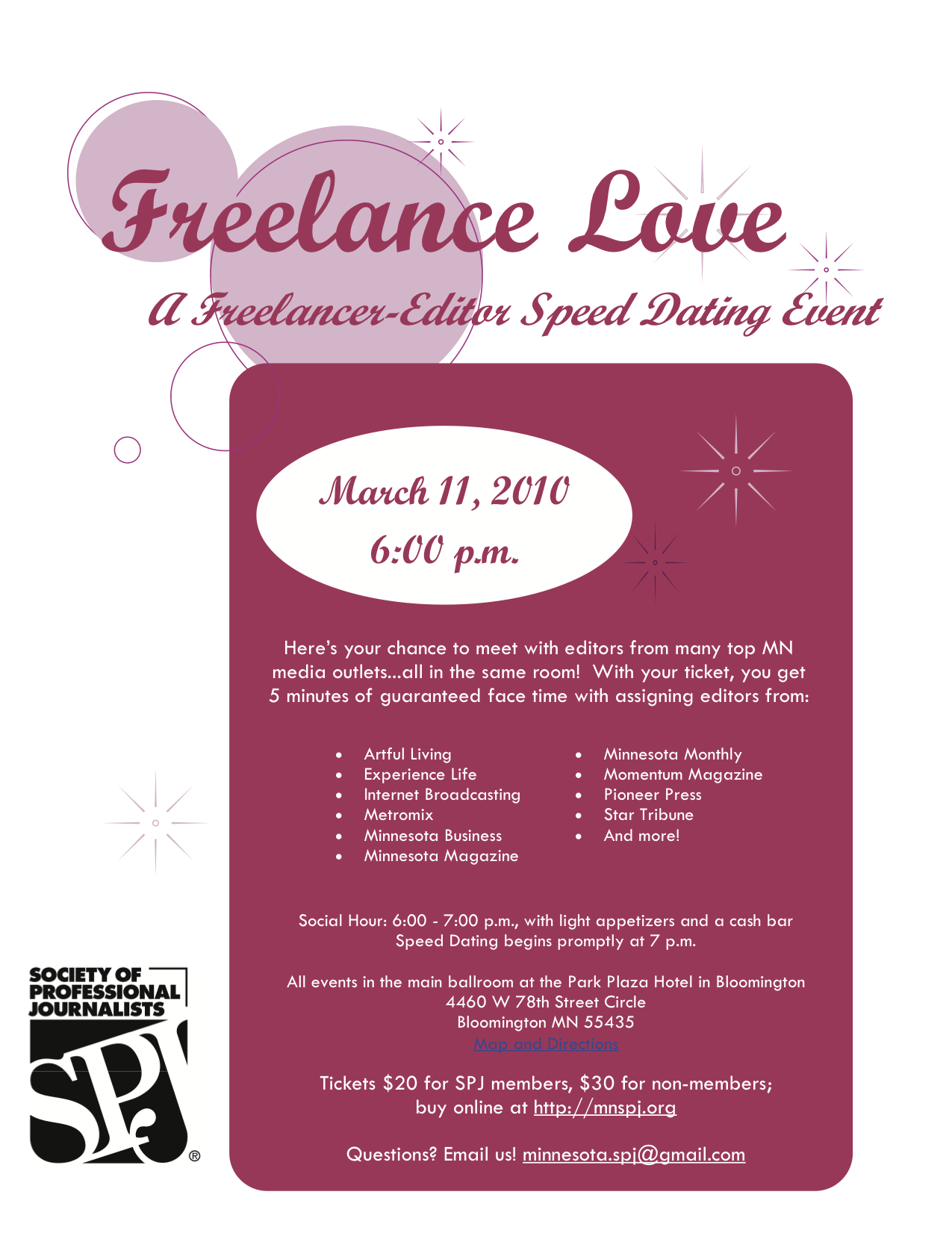 It’s easy to poke fun (“Will you still call me after the bluelines?”) but hopeful journalists are essentially paying for convenience and proximity, not to mention light appetizers and the hope that potential buyers will have loosened up at the cash bar.

SPJ board member Amanda Theisen says her group was simply looking for a fun, social way to connect work-seekers and work-givers. “Many of our members have been asking us to do something along those lines. … The freelancer can pitch a story idea, or simply introduce themselves to the editor and show them some of their work.  Then, after five minutes, the freelancer moves onto the next editor, then the next, then the next…you get the idea!”

Even though paying work may be hard to come by these days, there’s definite interest among the publications. Coincidentally, I received an email Monday afternoon from an editor at a magazine not on SPJ’s list wondering who to contact.

Theisen definitely wants to expand the pool of potential buyers, and not just in print: “We’re hoping to get editors from a variety of outlets…newspapers, magazines, radio, TV, websites, etc.”

The event — which costs $20 for SPJ members and $30 for non-members — starts at 6 p.m. at Bloomington’s Park Plaza Hotel, 4460 W. 78th St. Circle. Online registration is available here and you can email questions to minnesota.spj@gmail.com.