I’d always heard Jim Foti was a great guy, but never got around to interviewing the Star Tribune’s “Roadguy” until last week, a few days after the transportation columnist took a buyout. 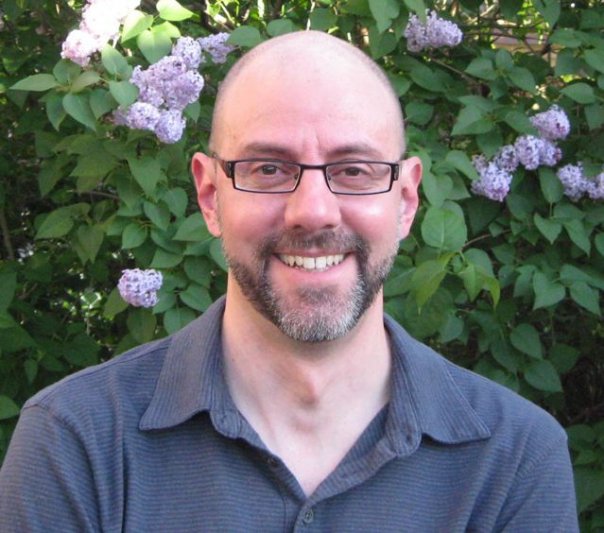 Foti was open about the toll the Strib’s business troubles had taken on his soul, especially the mass removal of copy editors two months earlier. He’d worked alongside them for more than a decade before getting a byline in 2007.

“It’s unusual for a reporter to come from the copy desk, and I sat with some of them for years,” he says. “It’s more of a grim place, and it had me looking for spiritual relief.”

“Unitarian Universalist,” he says. “I’ve been checking it out since November. I’ve been affiliated with churches for 20 years, and the more senior ministers at my church remind me of a happier version of me.”

Foti will seek his Master of Divinity at Chicago’s Meadville Lombard theological school, which has a distance learning program that allows him to stay here.

Helpfully serving up an analogy, Foti says “a minister helps people get where they want to go,” just like he did as a transportation columnist. And given Foti’s obvious zest for interacting with readers, other skills translate, since the ministry requires “asking questions, writing, a lot of narrative, providing services.”

Foti wouldn’t be the first journalist to bolt for the pulpit; ex-Pioneer Press reporter Steve Scott took a buyout in 2006 after his religion beat was axed, and at last report serves a Presbyterian congregation in Wisconsin.

Scott admitted disgruntlement after being reassigned to the suburbs, but Foti is surrendering a dream job. “When I was 5, I made a book about transportation with all these little road maps. I’ve always been fascinated by it,” he says, adding that the Strib beat (originally a blog in 2006) made him “geeked out with complete happiness.”

His editors were happy with his work, and he was high enough on the seniority scale not to have to worry about a layoff. So why go? The answer will resonate with many print veterans.

“I don’t want to be Chicken Little, but if any place needs a chaplain, it’s a newsroom. I’m a very online person myself, and I see how the young people are getting their info. You don’t know what’s happening to the Strib in three years,” he says.

“I look around the newsroom, and there are a lot of people in their 50s. If they try a career switch, it’s going to be hard. I’m 41, and I was worried if I didn’t make the switch, it would be tough if I had to.”

It’s a textbook example of the profession losing precisely the people it needs for the future, but while Foti’s full-time employment is done, his Strib career may not be over. He says there’s been talk of continuing some form of “Roadguy” on a freelance basis; when we chatted last week, Strib human-resources rules regarding buyouts were complicating the picture. For some reason, Foti’s blog was 404’d after he left the paper Feb. 26, though it looks like access has been restored.

A freelance assignment would not only satisfy Foti’s fans, it would help him navigate the financial pitfalls. Scott noted that his income dropped by two-thirds when he became a minister.  Foti doesn’t have a highly paid partner who can ease the transition – his boyfriend works part-time – but says he has built a savings “war chest.”

I couldn’t resist asking Foti what the biggest hot button of his “Roadguy” tenure has been. He didn’t hesitate: “Roundabouts.” If all goes according to plan, he’ll soon help people find their way through much more complicated paths.