In the wake of this morning’s news that the Star Tribune will play hard-to-get in a Vikings land sale deal, there’s another reason the public might want the deal to fall through: We’ll have to hire the Pied Piper if the paper’s venerable 425 Portland Ave. headquarters comes tumbling down.

According to a recent memo from newsroom administrator Bob Schafer, the Strib has “a mice infestation.” The rodents have been a long-running source of exasperation in the newsroom; after janitorial cuts a few years ago, the Newspaper Guild union actually purchased mousetraps adorned with the words “Trapped by the Guild.”

More recently, frustration has given away to bemusement: the “S.t. Mice” now have their own Facebook page, where they and their human cohabitors trade entertaining taunts. Let’s just say colleagues are not shy about ratting out the slobs in their midst. 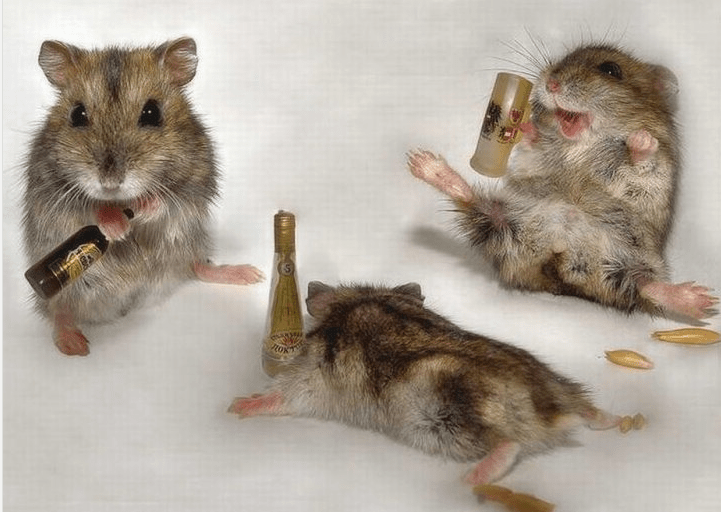 On their Facebook page, the Star Tribune’s mice celebrate their dining.

Schafer, the beleaguered manager with pest-control responsibilities, lamented that “the mice are not taking the bait that’s being set out because there is so much other food in the newsroom available to them.”

He writes, “With the cafeteria closed in the evenings and people pressed for time, we realize that people need to eat at their desks from time to time. The most important thing we can do is to never leave food wrappers or waste food in the trash baskets at our desks. … If you have food at your desk, keep it sealed in Tupperware containers. This includes foods that are bagged; otherwise, the mice chew right through the bags. Clean up crumbs and spills. (Larger spills should be reported to Building Services.) Do not leave food overnight. And certainly do not leave food sitting out in the open.”

Schafer urges workers to use common-area trash cans emptied daily, rather than desk cans emptied weekly. In a thunderously logical move, he adds that “two large trash bins” have been placed “in the copy/design and sports areas of the newsroom.”

No one wants to reward the slothful, but given all the things on the downsized newsroom’s, er, plate, perhaps the bosses could spring for another living-wage janitor or two. (Or perhaps a “S.t. cat.”) After all, there are fewer trash cans to empty than before, and given the paper’s reinvigorated cash flow, this might boost morale nearly as much as the restored 401(k) match. Then again, it would be sad to see such articulate, socially networked rodents silenced.