As regular readers know, I’m a fan of (and occasional critic of) Politifact, the Pulitzer-winning fact-check service run by the St. Petersburg Times. On Wednesday, Minnesota Public Radio and the U’s Humphrey Institute debut PoliGraph, which will vet the statements of gubernatorial and Minnesota congressional candidates.

An homage? “In all candor, we are drawing on the very successful model of Politifact,” acknowledges ubiquitous U prof Larry Jacobs, who will run the Hump Institute side. 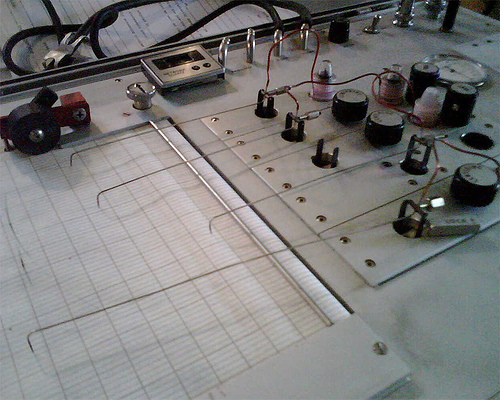 While Politifact has franchised itself to specific states such as Texas, paying professional journalists to dig can be a pricey proposition for any local newsroom. PoliGraph will instead employ the servitude of Jacobs’ grad students; the lead researcher is Catharine Richert, a Politifact staffer (and occasional MinnPost contributor) who now attends the U. Jacobs will review the work product, and MPR political boss Mike Mulcahy will oversee things from the newsroom.

As with Politifact, Richert and other students will beat the bushes for primary sources that can verify, or immolate, the politicians’ claims. They’ll also interview experts and check back with campaign officials to see if anything has been missed.

Ultimately, the politicians’ statement will judged true or false, or somewhere in-between … with footnotes. Jacobs says each candidate’s truthfulness will be graphed like — you guessed it — a polygraph. “We’re bringing a little Jack Bauer to Minnesota politics,” says the always-quotable prof, even though I’m not sure the “24” hero’s approach mirrors the sort of detached reasoning aspired to here.

Had Politifact adopted the PoliGraph visual, Michele Bachmann’s needle would scrape the bottom like a Bauer’s victim’s EKG: the Sixth District Congresswoman is nine-for-nine on untrue statements. The U and MPR prize their reputations as nonpartisan sources, so it will be interesting to see if serial offenders stick out as sorely on PoliGraph.

Because such fisking is time-consuming, Jacobs expects about a fact-check a week to start, escalating to “several a week” as the campaign climaxes. “To be honest, one of the aims is provoke a conversation about the factual basis of politicians — as a provocation for them to be more truthful,” he says. “Too much is said that’s not true, but we want to engage all Minnesotans in the business of digging.”

For the third election cycle, MPR and Jacobs will team up for political polling; the first results are due out Wednesday. Jacobs says there will be four polling cycles, exploring not just the horse race, but Minnesotans’ deeper feelings about government.

The numbers out so far — from SurveyUSA and Rasmussen — are so-called “robo-polls” that use computer calling and keypad responses; Jacobs says they’re fine for horse-race stuff, but not “more fundamental questions” about attitudes that may predict an ultimate vote.

“One of the big problems we have today is actually getting responses that aren’t systematically biased,” he notes. “We know GOP men are more reticent about answering questions. We have to make sure our samples do not exclude them, so we take a couple of different steps: if you get an answering machine, keep calling back. And if they’re not interested, we have a process to convert them. It’s a really important step to avoid distortion.”

The 700-to-1,000-person surveys still carry a margin of sampling error of 4-6 percentage points, he notes, and the series won’t be cheap. Un-Bauer-like, I couldn’t beat a figure out of Jacobs, though when I asked him if the costs was in the tens of thousands, he said it wouldn’t exceed $100,000. Jacobs, the Walter F. and Joan Mondale Chair of Political Studies, will kick in some of the funds he controls as a U endowed chair.

“I know people will think there’s bias when they hear the Mondale name,” he says. “But the funders don’t determine how the money is spent; no one does that but me. Most of the money came from the Japanese government a long time ago. There are no parties or political heavy hitters contributing.”