To no one’s surprise, Sid Hartman’s metallic likeness is one step closer to poking its microphone at Minneapolitans for decades to come; on Wednesday, the city’s Arts Commission recommended approval of an encroachment permit for a piece of Target Center sidewalk. 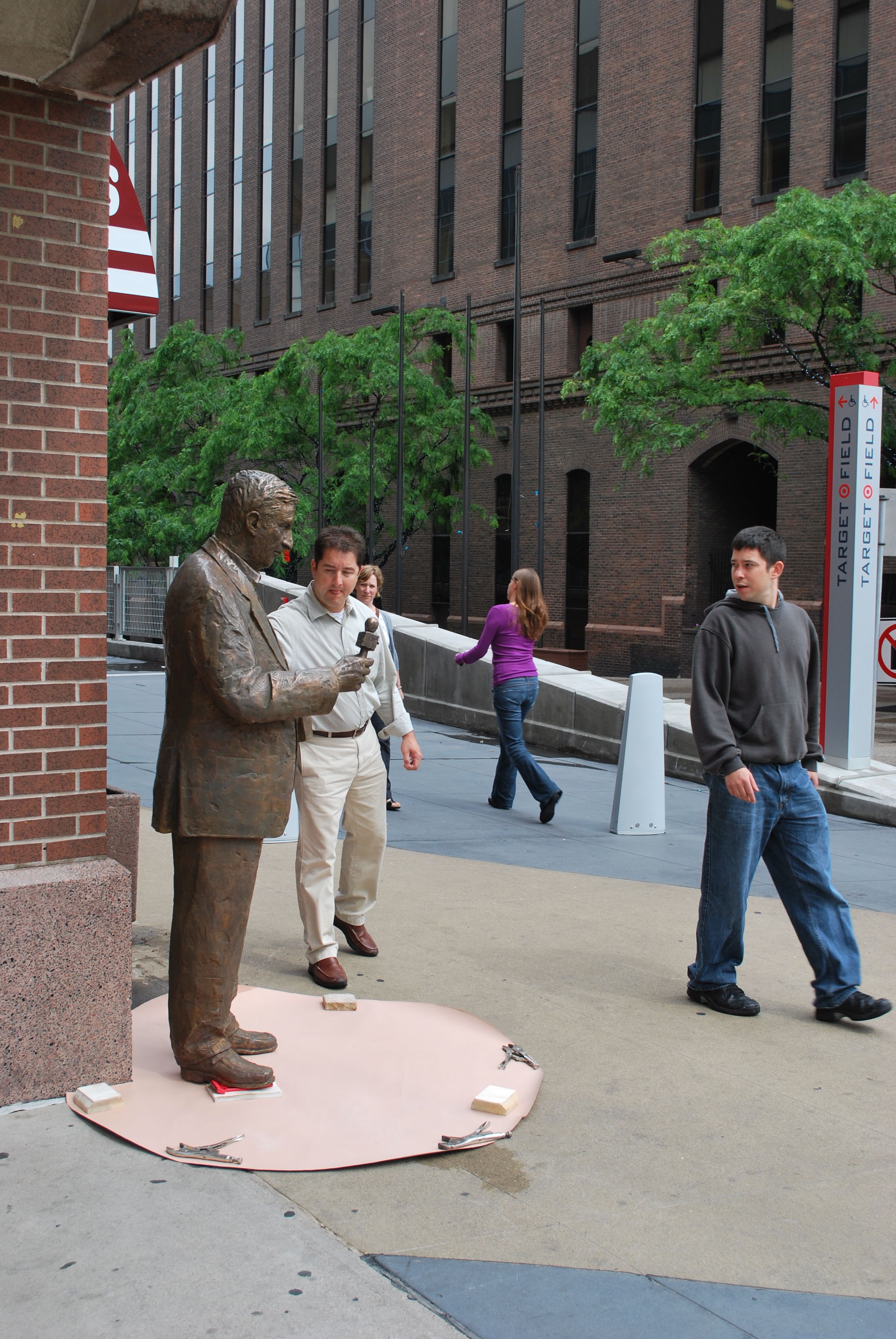 (Would that we could review the real Sid’s encroachment permit!)

Only one member objected, and here’s the ironic part: Tim Gihring is the commission’s only journalist.

Gihring, a senior editor and arts editor at Minnesota Monthly magazine, is a former Commission chair who is now its secretary. Whether Sid deserves to be bronzed isn’t something the commission can consider; in this summary of his Wednesday statement, Gihring cited public participation and commercialism for his disapproval, with a wry note about his profession:

I pointed out that — although it’s not the sole consideration — among the commission’s criteria for approving public art is community involvement, so that the people who will live with this work, on the public sidewalk, have an opportunity to say if they support the project or not. And we were told that, to anyone’s knowledge, community input had not been sought. And that sealed it for me, whether residents had been asked if they want Sid representing their community, perhaps indefinitely.

Afterwards, I had a good chat with the artist, Nicholas Legeros, who I think is a tremendous sculptor and I think people will love pretending to be interviewed by Sid. And I mentioned the irony that I, of all people, a journalist, should object to memorializing a fellow journalist. In 30 years, I joked, it may be as much a memorial to journalism as to Sid.

The final step is up to the city’s Public Works Department. By rule, the commission will review the “Sid permit” in five years, but that will almost certainly be a formality.

Only journalist on Arts Commission votes against Sid Hartman statue