It’s not every day a year-old local news aggregator gets $1 million from investors — much less when it has just 100,000 monthly page views and three advertisers.

Kupchella says his company has been profitable from day one. However, he sold a minority stake because staffing up for sports news aggregration and a second, still-undetermined geographic market would burn through his own cash too fast.

Casey says her 115-employee p.r. and crisis management firm is “by far the minority investor in the deal,” though the payout still tops six figures. She and Dolan say they’re investing in Bring’s entrepreneurial spirit as much as the current product.

Both add they don’t require massive returns, though for different reasons. Here are their perspectives.

Jim Dolan
Dolan’s nationwide legal-services and news company produced $156 million in revenue in the first six months of this year; his local holdings include Politics in Minnesota, Finance and Commerce, and Minnesota Lawyer.

“I’ll admit I was not overtly friendly at first,” Dolan recalls. “I’m thinking ‘he’s scraping’” — a not-so-nice-term for repackaging others’ content — “and I’m wondering how many of those the market can support.”

However, Dolan says he was won over by “a guy who’s an out-of-the-box thinker, who’s not fettered by conventional thinking, and who makes money.”

Bring’s revenue model is different from most upstarts. There are a maximum four sponsors who sign minimum six-month deals. (One slot is currently open.)

Advertisers get a more conventional “sponsored by” on Bring’s radiocasts, and the spiff extends to social media and potentially, other traditional media such as TV.

Even with relatively low web traffic — an eighth of MinnPost’s page views, for example — Kupchella says “the online value is quite high” for sponsors: “We have exceedingly high engagement levels, and on some days, our sponsored content is in the top handful” of viewed stories.

Add on the radio exposure — Bring stations download newscasts 120 times a day and have monthly listenership of around 1.5 million — and it’s “an extended value for our sponsors. The secret is a combination of values driven here.” 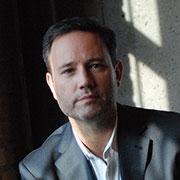 Earlier this week, I wondered whether Bring was really a radio company with a digital arm, and if the cash flow possibilities had more to do with capturing national chains’ news outsourcing. Kupchella says radio may be “greater than 50 percent” of the worth for some sponsors, but Casey says Bring’s pro forma indicated the bulk of expansion and revenues is online.

“My take on it is the radio piece is an interesting twist on the news aggregation model, but there’s no long-term plan to take over the radio market,” she says.

From Dolan’s perspective, Bring is “doing pragmatic, non-traditional things that make money for its customers, and has ideas on the future that are just cool. I’m along for the ride, and happy.”

The Bring deal isn’t like Dolan’s last local-media splash. In 2008, he bought Politics in Minnesota outright; here, he’s a minority investor. Dolan says a better parallel is a less-heralded 2002 investment in GovDocs, a St. Paul-based e-delivery company that was sold in January for nearly $20 million.

I asked Dolan if he explored buying a majority stake in Bring. He replied, “We’ve done 72 acquisitions, and I can’t say I haven’t thought about that. I’ve discussed with Rick buying more of the company, but let’s just say he has not discussed it with me. It’s a monologue. It’s often like that. But it’s OK.”

Whenever I write about Bring, I hear from one or two traditional news managers wondering how Kupchella can legally re-sell their content to radio stations as newscasts. Dolan’s investment is a strong signal the legal concerns are overblown.

Dolan is a lawyer as well as a journalist, and Dolan Media’s legal-industry service arm produces more revenue than its media holdings. He jokes he is “up to his neck in IP lawyers” and says Bring is on the right side of intellectual property law.

“The theory is, if you’re taking small amounts of content, you’re safe,” Dolan notes. “Newser — there’s a rip-off site; now Michael Wolff will probably sue me! But if you look at the Politics in Minnesota daily feed, it’s literally a headline, one line.”

Besides, he adds with a chuckle, “I’ve been in the print media business 40-some-odd years, and radio has been rewriting our stories for 50 years. I hated it before — our company produces lots of original content, remember — and I know people hate it now, but they didn’t have Rick’s idea. I’m sorry you didn’t think of it, guys, but Rick did.”

Kupchella — who notes “you can’t copyright facts” — says a news organization has never sued him, or even threatened to sue. He describes Bring — which offers headline links and at most a three-line story description — as “a pointing service.”

To Kupchella, Bring is not a parasite, but a helper organism: “We send people traffic. While we are not primarily about the value of creation, we encourage news models that are based on content creation.”

Lynn Casey
Unlike Dolan, Padilla Speer is not an experienced media investor. “We’ve never taken an investment like this,” Casey notes. “We are by far the minority investor in this deal, and Rick didn’t need our money. But our firm is 50 years old, and part of what’s kept us in the business is thinking about what’s next.” 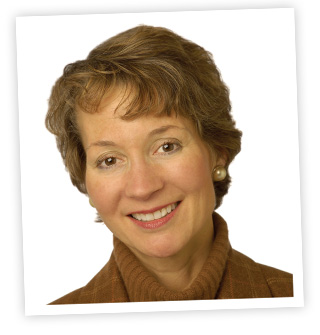 Casey uses the term “R&D” more than “profit” to describe the investment. “We’re employee-owned, we don’t have an internal rate of return. We definitely don’t believe we’ll lose money on the deal, but the upside is not as important; the main reason is R&D. For us, it’s more of a window in to the changing media environment.”

Casey likens the Bring investment to a similar one her firm made last year in the Nancekivell Group, a graphics and design company. After a meeting with Kupchella, “two people in my firm who are not particular risk-takers said they wanted to find out more about this.”

Casey says advertisers are “no longer relying on paid ads, though those are important, and you can’t rely on reporters to be mouthpieces. You need sponsored content to be really visible, and use any channel that makes sense. This is a window in.”

Like Dolan, she says she’s investing in people who clearly have the entrepreneurial spirit. “There are certain things every organization has in their DNA, and they are entrepreneurial at the helm. [Kupchella partner and GoKartLabs principal] Don Smithmier is one of the architects of [former Bring sponsor] Capella University’s online deal. They definitely have some infrastructure, and entrepreneurial talent. When it comes to laying the money down, you can only bet on people.”

Kupchella admits Bring’s profits accrued, in part, because “everybody has been getting paid from the beginning, but that said, nobody was getting paid what they’re worth.”

He says the pay gap is now closing, and the 12-person operation, including several contract workers, continues to staff up. Bring is currently looking for sports “curators,” a sales person, broadcast talent, and a full-time vice president of operations.