In my enthusiasm to report the Star Tribune’s Friday hiring of Eric Wieffering as a business columnist, I neglected to note how the paper will handle conflicts of interest from Wieffering’s year-long stint with marketing/communications firm Haberman and Associates. 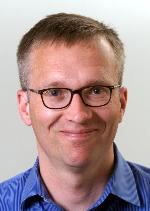 I realize no one might care about this sort of thing quite as much as me, but I’ve opined in the past that journalists covering their former industries should publicly disclose their clients.

Sure, a governor is more powerful than an editorial writer, but still. And I should note MinnPost also does not require contributors who write about their own industries to disclose client lists.

I plan to provide managing editor Rene Sanchez and business editor Todd Stone with a list of the companies that I may have done some work for during the past year. This list will include accounts that I managed — which is very short and includes a nonprofit and two firms not based in Minnesota — as well as accounts I may have worked on in a substantive way.

For six months I will not write about those organizations or any firms that were Haberman clients during the year I worked in public relations. If, in the subsequent six months, news compels me to write about one of those firms, I will note the former relationship in the column.

For what it’s worth, I was not a principal or partner at Haberman, and the firm does no political, government or lobbying work. Many of Haberman’s clients are listed on its website, though in true agency fashion some of those companies were no longer clients while I worked for Haberman. Beyond that, it would be unfair and potentially damage Haberman from a competitive standpoint if I disclosed all of its clients to readers.

Wieffering wouldn’t tell me the nonprofit whose account he managed. Among the bigger or more interesting Haberman-listed names: the Minneapolis Foundation (also a MinnPost sponsor), Stellant, Guidant, Thomson Reuters, Great River Energy, the National Cooperative Grocers Association, St. John’s University and the Nonviolent Peace Force. As Wieffering’s note suggests, some may not have been clients in the past year.

By the way, you can always check out my former local media employers in the bio on the right-hand side of this page.