Chris Harte, the unlamented former Star Tribune board chair who led the paper into and out of bankruptcy, is a “top” advisor to an Internet entrepreneur trying to take over the Boston Globe, the paper reports. 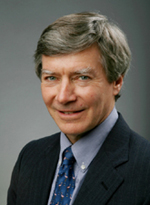 Hopefully, lead investor Aaron Kushner is good at seeing around corners, but Harte’s Minneapolis tenure was more about plunging into manholes. As a rain-maker, Harte enticed Avista Capital Partners into buying the Strib for $530 million in 2006; three years later, the paper was worth a bit over $100 million. (Harte lost his 4.11 percent stake in the process.) As board chair, Harte hired publisher Par Ridder, who cost the Strib millions after swiping documents from the Pioneer Press. And when it came to editorial, Harte championed a cautiousness that Stribbers of varying persuasions were glad to see recede when he left.

Harte comes from money — he’s a director of the Harte-Hanks marketing empire, founded by his great-uncle Houston Harte — and he’s a logical guy if you want an investor. The former Ohio, Pennsylvania and Maine publisher hasn’t lost the newspapering itch; at the end of his Strib tenure, he was foiled in a bid to buy the Austin (Tx.) American-Statesman. But considering Harte’s biggest recent accomplishment is more tied to failure — leaving the paper he drove into the ditch with a stable restructuring plan — I’d advise Kushner to take the man’s money, not his advice.