Leave it to Joe “Boots on the Ground” Kimball to find one of the six exit poll workers in Minnesota. 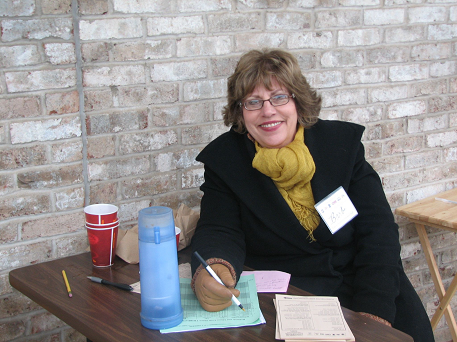 Barb was stationed outside the Ramsey County Library in White Bear Lake, asking every seventh voter about the governor’s race, the economy, and the Bush tax cuts, among other subjects.

Does this mean Edison’s earlier statement that they wouldn’t be covering the Minnesota governor’s race was wrong? Not really. Syverson and her five colleagues won’t provide enough data to help the media call or analyze the local race; she’s funneling information for national temperature-taking.

However, Syverson did tell Kimball that it was “neck-and-neck” between DFLer Mark Dayton and Republican Tom Emmer among voters in Ward 2 precinct 1, with “only about two for Tom Horner all day.” If so, that might be good news for Emmer; in 2006, DFLer Mike Hatch bested Gov. Tim Pawlenty in the precinct 48 percent to 43 percent.