Republicans weren’t the only ones profiting from controversy on Election Day.

Blue Plate Restaurant Company — forced to kill a 25-percent off promotion for voters due to unfriendly election laws — saw Tuesday sales spike 50-100 percent after opening the deal to anyone saying, “Happy Election Day.” 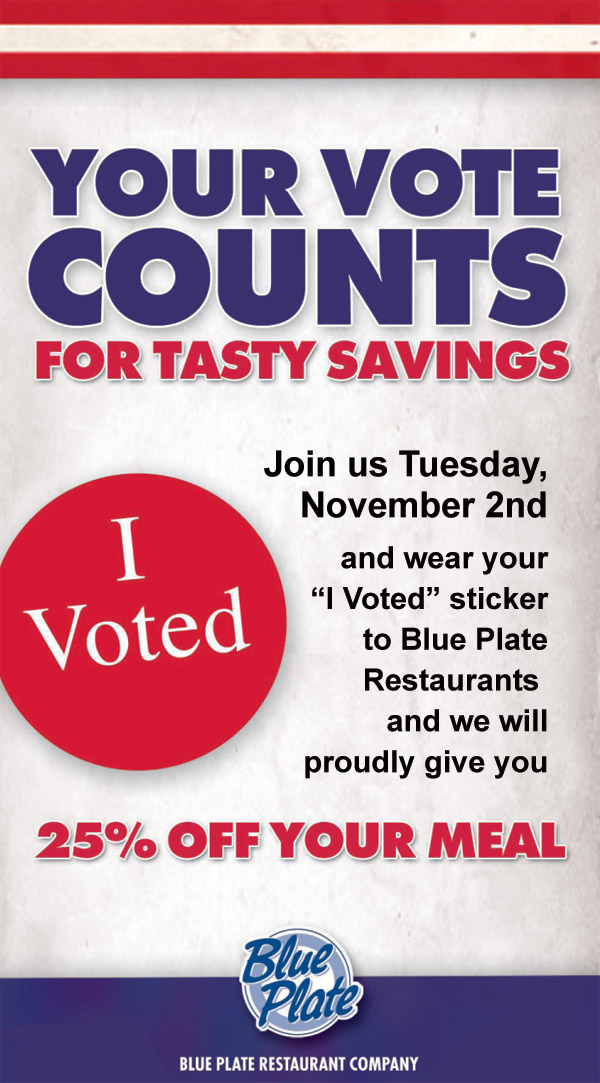 Blue Plate’s restaurants include the Highland Grill, Groveland Tap, Edina Grill, Longfellow Grill and 3 Squares. Owner Stephanie Shimp had sent emails to her 75,000-person list promising 25 percent off to anyone with an “I Voted” sticker. One of the recipients worked in the Secretary of State’s office, which advised Shimp that federal law criminalized even civic-minded voting inducements.

Nearly every local outlet picked up on MinnPost’s initial report last Friday, giving Shimp the kind of free media candidates could only crave.

Shimp terms the jump in Tuesday sales “phenomenal” and adds she’s not quite ready to be done with Campaign 2010: “We’re brainstorming for ways to tie into the recount.”