I dig Allen Costantini. When the KARE11 reporter wants to call out a rival media organization, he doesn’t resort to Twitter snarking. He’s more old-school — firing up his blog. 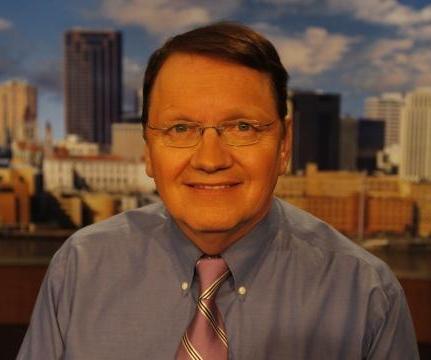 Just for the record, we (KARE) do not name victims of sexual assault nor do we show their faces, unless they agree to allow that. We do not use the names of accused folks, even under arrest, if they have not been charged with a crime. After all, people get detained all the time, then get released. And, after all, it is one thing to have been “accused” of burglary. It is another thing entirely to be accused of a sex crime.

Even if you are purged of all guilt or association later, all anybody remembers is the initial charge with your name and/or picture after it. It’s not fair, but that’s the way it is. Sex crimes are simply in a different class than others.

The Strib’s naming policy is similar to KARE’s; unlike, say, the Pioneer Press, the Minneapolis paper often refuses to name suspects until they are charged. So how do they answer Costantini’s indictment?

Strib managing editor Rene Sanchez explains, “We made an exception to our usual policy in this instance because of the nature of the civil settlement and St. John’s unequivocal acknowledgement of it.”

This story differs from the usual sex-abuse case because a representative of the alleged perps — the abbey — revealed their identity as part of a civil settlement. The abbey, in a letter to its community, said the monks “had credible allegations of sexual abuse, exploitation or misconduct brought against them.”

As Strib reporter Rose French noted, “four are deceased, three are no longer at St. John’s and the others live at the abbey ‘with the constraints of a safety plan and supervision.'” (The settlement named two monks beyond the 17 the abbey identified.)

I suppose you could argue the abbey might’ve thrown the suspects under the bus to protect itself, though that’s a hard case to make for the ten still living on its grounds.

But Costantini’s jeremiad omits mention of the civil settlement involving an employer, which makes this something more than an unvetted accusation. Given the public letter, it’s an unusual enough case that I think the Strib made a justified exception here.