“That’s more homes than any other other local publisher,” including the Star Tribune, notes ECM president Marge Winkelman. “We’re adding synergy and strengthening our message.”

Some may view print as a buggy whip, and community-newspaper print as the whip’s tassle. Though ECM has been managed more conservatively than the debt-ravaged Sun, it has cut its workforce from nearly 500 in the last couple of years to 385. 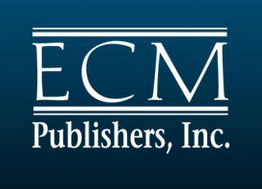 Some reductions are due to technological efficiency, but Winkelman doesn’t deny editorial has been hit. “The last department we look at,” she says.

Winkelman and her Dakota County general manager, ex-Strib newsman Larry Werner, won’t commit to zero layoffs or paper combos/closures, but they insist the chains are “wonderfully complementary”: ECM in the northern, southern and eastern suburbs, plus outstate; Sun in the western ‘burbs and exurbs.

ACN has more papers and higher circulation, but only 185 employees, fewer than half ECM’s headcount.

Winkelman isn’t committing to reversing all that. Still, she mentioned speaking with Sun executive Jeff Coolman about badly needed editorial investments, notwithstanding cuts that could also happen. Layoffs, she says, are “not our intent.”

ECM had kicked the tires about buying the Sun papers during ACN’s 2009 bankruptcy, but was told then the Dallas-based company wanted to remain intact. Earlier this year, though, ACN approached ECM about purchasing the Minnesota operations.

(After this entreaty, ACN proved it was serious about breaking up by selling off its Ohio cluster.)

Winkelman won’t comment on the purchase price; whether cash changed hands and/or debt was assumed. She laughed when I asked if ECM had debt, but noted it had fueled the strategy since Gov. Elmer L. Andersen founded the publisher decades ago: grow by acquisition.

ECM hasn’t expanded since buying the Morrison County Record in 2005, an indication of print journalism’s economic depression. Like ACN — but to a far smaller extent — ECM chased the housing boom to counteract print’s troubles, but eventually closed papers in Savage and Prior Lake.

The question now is whether ECM can give readers a reason to pick their papers off the doorstep, and advertisers to use it.

Werner says AOL’s Patch.com — the heralded and oft-criticized online-only rival — has “been more formidable competition for news than advertisers.”

While AOL has lured ECM journalists away with higher pay, Werner says “they’ve taken very few advertisers away. I think our local advertisers are just not that comfortable with online advertising yet.”

That leaves ECM in a familiar hard place: exposed to an audience drifting away from print but an advertiser base not yet embracing online — at least, the online tied to community journalism.

Can ECM make mass work in a way ACN never could? That the acquirer avoided bankruptcy indicates a better class of ownership and management, and thousands of civic-minded suburbanites should be rooting for them.