Normally, axing a Saturday afternoon radio show wouldn’t rate a mention, but Rosenbaum’s a pretty colorful character — newspaper-guy-turned-TV-guy-turned-lawyer who negotiates contracts for some the biggest media names in town. Such bargaining is slightly less intense than his salad-days stint as South Boston High’s head of discipline in the wake of forced busing. 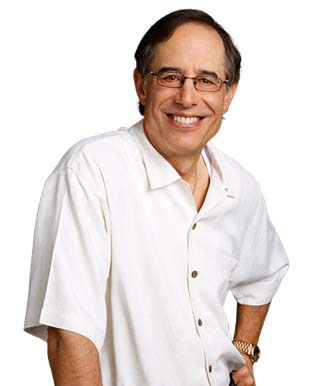 “Holding Court” was nominally about the law, but it was really a chance for Rosenbaum to dig into politics, sports and all things news with guests like superlawyer Joe Friedberg and WCCO’s Pat Kessler. Rosenbaum had been at NewsTalk (the former KTLK-FM) since 2008, the non-conservative diversity on a right-wing station.

“It’s no secret there have been cutbacks for financial reasons,” says Rosenbaum, who was informed Thursday and signed off Saturday. “I have no complaints, many people before me have lost their jobs, and they want me to continue working for the company, doing Dan Barreiro’s show” where he is a regular guest.

NewsTalk program director Andrew Lee confirms the financial angle: “Unfortunately it came down to finances — I looked at all our available resources and basically came to the conclusion that I needed to devote more to growing our morning show.  Sadly, Ron’s show is a casualty of that. We will be adding two new hours of ‘Davis & Emmer’ to Saturday mornings, a combination of ‘best of’ and original content.”

Bob Davis and Tom Emmer — whose weekday morning show ranked seventh among listeners 25-54 in November after KTLK’s switch to AM — won’t have to trundle into the studio 6-8 a.m. Saturday. Lee says he’s leaving their exact format open, “but I’m guessing most of it will be pre-recorded after the shows each week.  Lots of interviews, some topics/calls that we ran out of time for during the week, etc.”

If you’re still hankering for legal-type Saturday talk, a syndicated show, “Handel on the Law,” will air 2-5 p.m., but it’s the sort of show hosts pay to air, rather than getting paid.

Rosenbaum started “Holding Court” at WCCO-AM in 1998 after doing on-air legal analysis for Bob Yates, a client. He moved the show to KSTP-AM, and then to KTLK in April 2008.

Rosenbaum’s clients include two of the biggest names in local radio, Tom Barnard and Barreiro, and countless other familiar media faces and voices. I wondered if his paid stint as a KTLK host conflicted with his duties as a negotiator for Barreiro, the afternoon star of Clear Channel’s KFAN-FM. Rosenbaum said he was not with Clear Channel when he negotiated Barreiro’s most recent contract, meaning it pre-dates April 2008.

“The only time I ever had any kind of an issue was years back with Ruth Koscielak at WCCO, and when I got hired I turned it over to a partner,” Rosenbaum says.

When Barreiro’s current deal expires, it “could become an issue,” Rosenbaum says, if he’s being paid to be the legal analyst on the KFAN show.

Although Rosenbaum likens being on conservative radio to “singing rock-and-roll on a country station,” he says management at KSTP and NewsTalk never interfered with his point-of-view or topic choices “though it’s irritated listeners on a regular basis.”

For the moment, Rosenbaum will split his professional time between what is now a solo practice and his gig as spokesman for Minnesota’s racino push, while “hoping to continue” the Barreiro guest spots.